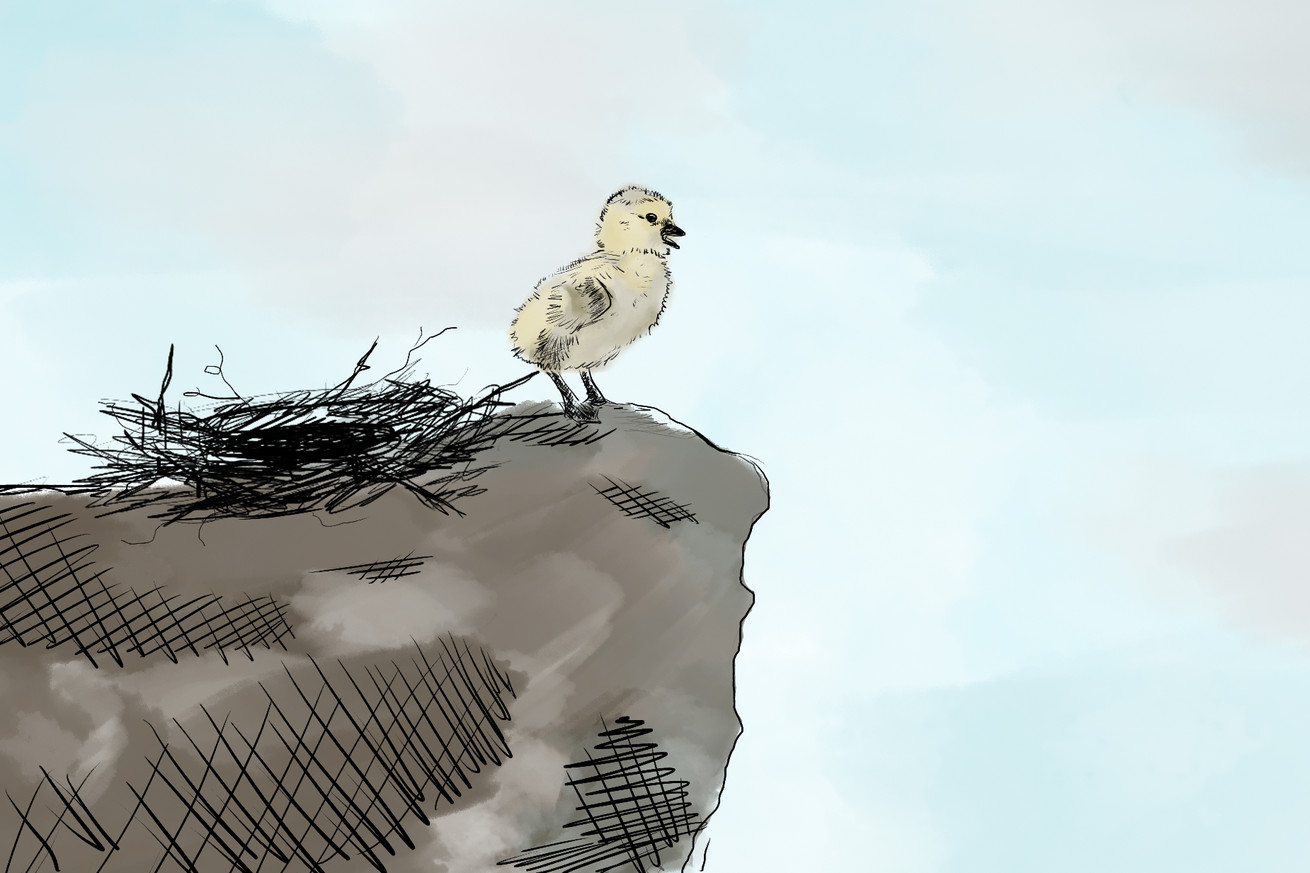 Barnacle geese are some pretty interesting critters. And they’re interesting in some curious ways. Thanks to their breeding habits, they were the cause of confusion for centuries, and a confusion which managed to make it all the way to papal level — it’s surely not every bird that gets an edict from a Pope regarding whether or not you’re allowed to eat it during Lent. Pope Innocent III said no, by the way.

How could a bird’s breeding habits lead all the way up to a decree at a Lateran Council? Start with the fact that nobody had ever actually seen said habits. Adult barnacle geese just turned up in Europe during winter, then wandered off again a few months later. Where did they come from? Presumably eggs, like all the other geese, but nobody knew for sure. And not knowing for sure leads to wild-ass guesses. Incidentally, and I need you all to bear this in mind: none of these guesses is anything like as wild as the real thing.

One of those guesses was the … goose tree?

Granted, you or I might not think that this is a very good guess. But once upon a time this myth was given very serious attention. The above image comes from John Gerard’s Great Herball, or, Generall Historie of Plantes, published towards the end of the 16th century. The story goes that in one of the outlying Scottish islands there grew a tree that produced large barnacles, which, falling into the water, hatched into geese.

No such tree existed, obviously, which meant a different version of the barnacle hypothesis gained currency. This one appears to come from Scottish philosopher Hector Boece:

Alexander Galloway, parson of Kinkell, who, besides being a man of outstanding probity, is possessed of an unmatched zeal for studying wonders … When he was pulling up some driftwood and saw that seashells were clinging to it from one end to the other, he was surprised by the unusual nature of the thing, and, out of a zeal to understand it, opened them up, whereupon he was more amazed than ever, for within them he discovered, not sea creatures, but rather birds, of a size similar to the shells that contained them …. small shells contained birds of a proportionately small size.

In other words, nobody ever saw barnacle geese breed because they hatched from barnacles! For clarity, I’m not here to mock the unscientific beliefs of the distant past — I deeply and sincerely love the development of science and epistemology — but someone really ought to have taught some of the nerdier philosophers about where babies come tend to from.

Anyway, Boece’s account of where these mysterious northerly birds emerged from was reasonably current across Europe. And even if you didn’t subscribe to the specifics of Boece’s idea, the notion that these birds were not of birds was extremely common, and had been for a long time (as far as I can tell the oldest version of this myth is that they spontaneously generated out of driftwood, which is very similar to the barnacle hypothesis).

This is why the Fourth Lateran council had to rule on them: if they weren’t ‘born of flesh’ they were, unlike other birds, theoretically Lent-friendly eating. Pope Innocent was having none of this, prohibiting their consumption with (I’m paraphrasing) “if it quacks like a duck, it’s a duck, please don’t eat it during Lent.”

All pretty weird, huh? Right. Do you remember above when I said that none of the guesses about the barnacle goose life cycle is anything like as wild as reality? Let’s talk about reality.

Barnacle geese breed up in the high arctic, making use of the riches of the northern summer, hence nobody from mainland Europe seeing what they got up to during breeding time. Like many birds, they nest high up on cliffs so as to avoid predators. However, unlike many birds, barnacle geese can’t effectively feed their young by bringing food back to the nest. (I assume this has to do with their being mostly plant eaters.)

So the goslings have a problem. They can’t fly down the cliff and won’t be able to for several weeks, but unless they get down the cliff, they’ll starve. Have I mentioned these cliffs are chosen to be polar bear proof, and are both extremely tall and impossible to scale? What the heck can freshly hatched chicks do with that?

THEY FUCKING JUMP THAT’S WHAT THEY DO. (Warning: video might make you sad.)

This is maybe the most unfathomable thing I have ever seen out of nature. Two-day old chicks hopping out of their nest to take a 400-foot drop makes for a compelling and deeply distressing video. On average, barnacle goose chicks suffer 50 percent mortality before they turn a month old, largely because the first thing they do in this awful world is jump off a huge fucking cliff.

Yes, this protects them from predators, which would presumably hoover up goslings in vast quantity if the nests weren’t hidden away in the crags, which would be pretty terrible. But predation is at least a terror we’re used to. Here evolution has set two-day old chicks up for a death jump, which is a whole new level of utterly chilling. It’s also incredibly metal.

PS: Told you this was wilder than the Lent stuff.