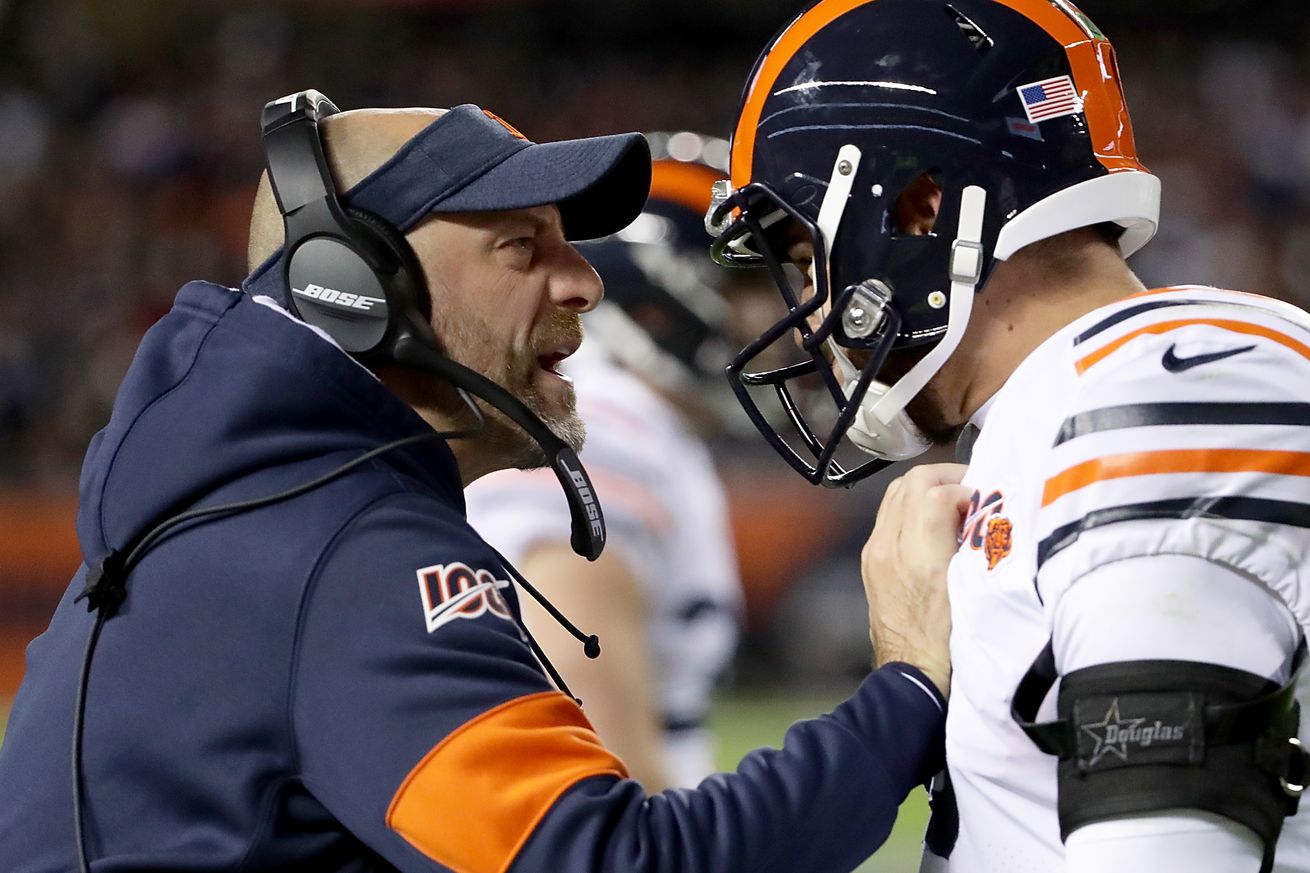 Trubisky is still the Bears’ top QB, but that could change if he doesn’t improve early in 2020.

INDIANAPOLIS — The Chicago Bears have committed to Mitchell Trubisky as their starting quarterback for 2020. That doesn’t mean he should get too comfortable at the top of the team’s depth chart.

“We love competition,” Nagy told reporters at the NFL Scouting Combine. “If you’re not creating competition around your roster, you’re not pushing your own guys.

That could spell trouble for Trubisky, who will be the focus of Nagy’s quest to find an offensive identity that gets his team back to the postseason. The third-year head coach made it clear Tuesday he’s open to change if his team gets off to a slow start in 2020. Any offensive shuffling — like a potential change at quarterback — could come early in the regular season should criticism begin to mount.

“As we go through this offseason, we need to figure out offensively what is our identity,” Nagy explained. “There’s a sense of urgency for us this year. It needs to happen sooner.”

That suggests Trubisky could have a short leash if he struggles again in 2020. The former No. 2 overall pick was a serviceable passer in 2018 as he led the Bears to the top of the NFC North and into the playoffs. That production cratered in 2019, due to both nagging injuries and poor decision-making. Trubisky’s adjusted yards per attempt dropped from 7.3 in 2018 (19th-best among qualified QBs) to a career-low 5.9 last fall (31st). Chicago fell from 12-4 to 8-8 as a result.

“I want everyone to feel that way [as if their job is on the line]. If you don’t, you feel content and you play content,” Nagy said. “There are guys, and they know who they are, who could play with more of a chip on their shoulder. That’s the part, to me, I want to see if they have that chip.”

How can Nagy put a chip on Trubisky’s shoulder? One option would be to bring in a veteran passer to push him for his job. Career backup Chase Daniel filled in for Trubisky in 2019 and outplayed his younger counterpart in stretches, but he’s a free agent. Fortunately for the Bears, this year’s free agent crop is loaded with veteran starters. That gives Chicago several shots at finding a quarterback who could slide into a starring role if necessary.

Trubisky is still the team’s preference behind center, and Nagy has already given him the homework to keep it that way through the 2020 offseason.

“The one thing [Trubisky] is able to do is get onto the film on his own and really hammer through what he’s looking at,” Nagy explained. “I think that, for him, the processing part is what has to get to the point that, you’re so obsessed that no matter what you’re doing, you’re watching film.

“We’re at a point where, in these next several months, he’s a complete expert. He needs to know [the Bears’ game tape] better than me. That’s the goal.”

The Bears will have several decisions to make this offseason after failing to defend their 2018 NFC North championship. While the team’s defense remains sturdy, an offense that ranked 25th in Football Outsiders’ DVOA efficiency ranking effectively sunk the club’s playoff hopes. With limited salary cap space and improvements needed in both the secondary and on the offensive line, the easiest way to fix that would be through a massive improvement from Trubisky.

Nagy has shown he’s willing to be flexible with his coaching philosophy. He’ll remain the team’s top playcaller this season, but he’s brought in new assistants to tweak his offense in hopes of restoring balance to the Chicago attack. He says he’ll be more proactive when it comes to making adjustments if the Bears struggle again to open the season. Though he didn’t say it outright at the combine, that means divining a viable Plan B behind Trubisky.

This could all spend doom for Chicago’s embattled young quarterback in 2020.