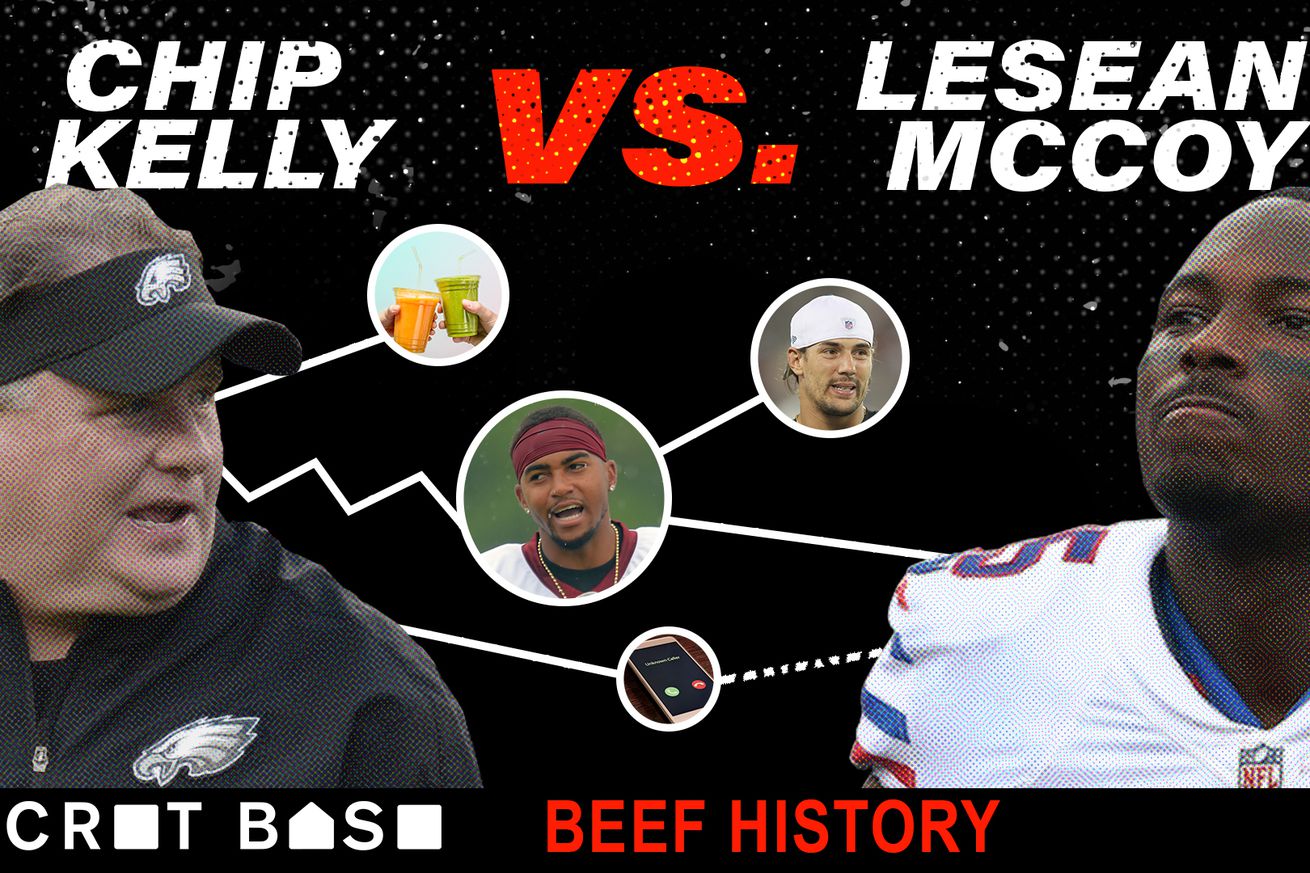 It might have actually saved Philly from something even worse.

In January 2013, the Philadelphia Eagles brought on Chip Kelly as their new head coach. Their first year together made it look like a good match, and then the next two seasons turned the experiment into a big, sad fart. One major character in Chip’s Philadelphia story is LeSean McCoy, the running back who sat atop the league only for Kelly to cast him aside in an trade returned mostly beef (Kelly feuded both with McCoy and the beef statue that was Kiko Alonso). In this episode of Beef History, we explore how their relationship bloomed and rotted before our eyes, but it’s also worth highlighting a different area of this timeline.

Looking back at that 2013 coaching landscape, the Eagles might have played the available cards perfectly. Kelly’s reign in Philly is memorable because he actually accomplished something. Had the Eagles gone a different route, that might not have been the case.

Here are some of the other pitfalls they could’ve dropped into. I present you with the other head coaching hires made that same offseason:

Had guided Syracuse to at least five losses in each of his four years there, so Buffalo said, “he’s our type of guy.” In his first year, Doug achieved the success Buffalo had grown used to: they finished 6-10 for the third time in four years. He strayed from that consistency in 2014 and guided the team to a lofty nine wins, then immediately opted out of his contract and told his players via text. He immediately interviewed within the division, but the Jets passed on him.

Performance review: knows to quit while he’s ahead, poor communicator.

Came from the Canadian Football League where he managed to win back-to-back Grey Cups with the Montreal Alouettes. He then struggled to adjust to our less cultured ways back stateside and turned a 10-6 team into an 8-8 team. Once he followed that up with a five win season, the Bears blew him out of town. In 2020 he would go 1-4 as head coach of the XFL’s Tampa Bay Vipers. C’est ce que tu as en tournant le dos à Montréal, Marc.

Performance review: has a worldly view, may not be driven by success.

A great coach if you are looking for an example of how the NFL has a serious diversity problem with head coaches. He went 4-12 then was fired into the sun.

Performance review: has the look of senior management.

Replaced the inept Mike Mularkey by taking over a mess of a two-win team and proceeded to just roll around in said mess for four years. He went 14-48, which was enough failure to allow the Jaguars to draft an incredible defense that would get them moments away from a Super Bowl appearance. Jacksonville would then completely blow up that roster ever so slowly, which isn’t on Gus, but also wouldn’t have been possible without him in the first place. He was fired when the team sat at 2-12 and to me that is very funny. Had they been 3-11, maybe his story would be different. So it gus.

Gave birth to one of my favorite NFL conspiracy theories. I’m not big on conspiracies unless they are just the dumbest shit. A summation of the conspiracy can be found on this Reddit post. Basically, he is brought in to make sure a team tanks. He has made teams suck so bad that they became Super Bowl caliber upon his departure. McCoy didn’t do this for the Chargers, just wasted a lot of primes and made them suck without a redeeming future.

Performance review: you know what to expect with Mike and if he disappoints then that’s on you for having hope.

Wasn’t an option (for the Eagles) but also was the best option. Whoops. It worked out for both Reid and Philly in the end.

Performance review: needed a change of scenery to realize potential, hungry for success and food.

Philadelphia, you could’ve done worse. To relive how it went down for the Eagles and Chip, this episode of Beef History captures Kelly’s tenure through his relationship with LeSean McCoy. Eat up.