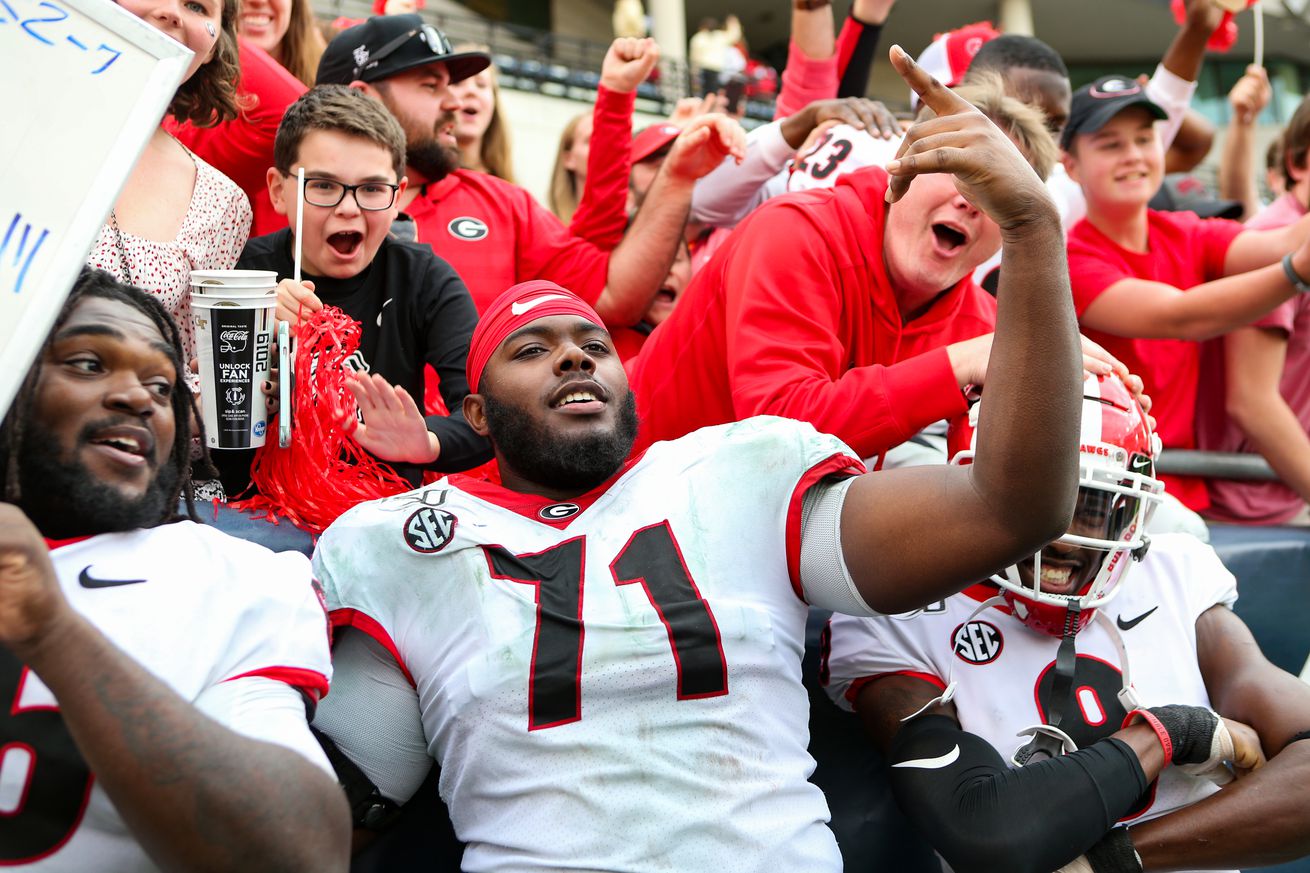 In the 2008 NFL Draft, eight offensive tackles were taken in the first round. Since that time, the most in any draft was six each in 2011 and 2015. However, on Thursday night, we might see eight first-round offensive tackles again, depending on how the 2020 draft unfolds.

Not only is this draft loaded with talented tackles, but quite a few teams could use one immediately. I’ll take my best guess at where the tackles end up and why they’d be a fit on certain teams. Not all these teams will end up picking an OT in the first round, which is why I’m including some players more than once.

The Giants have left tackle Nate Solder currently under contract. While GM Dave Gettleman has hinted Solder doesn’t have the starting job locked down for 2020, drafting Wills could keep Solder at left tackle, his natural position. Then you’d upgrade right tackle with Wills, who’s the most ready of this draft class to play offensive tackle.

The Giants could draft Mekhi Becton, but then they’d move Solder. Becton needs a tad more refinement and Solder would have to shift to right tackle, and then I’m not sure how strong that would make the Giants at both positions.

Draft Wills, the best tackle this year, and move along.

If one of these two teams decides to skip on a quarterback with their first pick, they could use a left tackle. And Becton has the highest upside of them all.

You can’t teach his finish or his desire to dominate his opponent. He’s better in pass protection than he gets credit for, and he’s got legit Hall of Fame potential. That’s high praise, but I do believe he’s got that in him. Still, he will need some time to hone his technique.

Tristian Wirfs is a fantastic pick for the Cardinals, and they could put him at right tackle OR inside at guard. He fits the mold of a Zack Martin, who moved from left tackle to guard in the NFL.

Wirfs is able to reset his hips well and while needing some work on his hands and technique, his base is outstanding. This is why I believe he will be an excellent guard in the NFL. When your base is outstanding but your hands are just a tad behind, guard could be the spot for you, especially when you don’t have length like the rest of the top offensive tackles.

The Jaguars have plenty of needs, but they could be in the market for a high-level lineman here. The reason why I like Wirfs for multiple teams is his ability to play so many positions.

The Jaguars have Cam Robinson at left tackle, so there’s no need to upgrade that spot. They need to look at right tackle, and Wills should be gone by then. Wirfs could play right tackle as a rookie and then move inside for Andrew Norwell after the season.

The Browns need a left tackle to play immediately. They could trade for Trent Williams or sign Jason Peters, which would be a short-term solution for a long-term problem. I think Becton would be a great fit, but I do not think he will be available at No. 10. So, the Browns will take Thomas and be happy about it.

Thomas was a three-year starter at Georgia, anchoring one of the better offensive line units in the country. Even as the most experienced tackle in the draft, he’s not without concerns. Thomas has A+ movement skills, but his hands are inconsistent. I watched him more closely recently, and I think his issues can be fixed with good coaching. He’s got to punch when the target is showing, instead of waiting. His movement is so smooth, and he’s able to recover when he misses with his hands.

Normally, I’d argue that taking a tackle early in the draft with some technique issues is trouble, but the Browns have one of the best offensive line coaches in the game, Bill Callahan. If anyone can fix Thomas’ hand placement issues, it’s him. I love the match.

I know the Jets spent tons of money in free agency on offensive linemen this offseason, but they still have work to do. Any position on that offensive line can be improved with these top four guys. If all of them are off the board, the Jets shouldn’t reach for one of the other offensive tackles yet.

What I wrote about Thomas and the Browns holds true for the Bucs at 14. The Bucs could use an upgrade at OT, and Thomas could make that happen. He’s the only guy at this spot I think Tampa should take. Jones, Austin Jackson, and Isaiah Wilson — the next three in line — shouldn’t be drafted here, but if the top four are gone, the Bucs might take a chance on Jones to help protect Tom Brady.

I would take Jones, who’s the next best offensive tackle, at this pick. He’s raw, but he improved throughout his senior season at Houston. He’s a powerful lineman who’d fit in Seattle’s run-first offense. You’d limit the amount of times he’d need to be pass protecting, as that’s something he would need to grow into.

However, I bet Seattle would draft Jackson. He’s from USC, and Pete Carroll wouldn’t pass up an opportunity to draft a Trojan here.

Joe Staley can’t play forever. This is probably his last season, and the 49ers can afford to take a player like Jackson, who’s raw but has all the physical gifts to be great.

He’s only 20 and has room to grow into his body. He needs to add overall strength and then let that carry over to the field. His hands are OK, but he does struggle against some rushers with more refined technique. He needs a year to sit, and San Francisco would be a place where he could.

Wilson is in the same situation as Jackson: Supreme physical gifts, but needs time to develop into an NFL starter. Sitting for a season would be helpful for him.

I do believe the Chiefs could draft an offensive tackle. Wilson would be a fit, because he could sit a season in Kansas City. However, I’m intrigued by Cleveland with the Chiefs.

Cleveland’s got that athletic profile you’re looking for and he’s a natural zone blocker, which is what the Chiefs do most. He needs to get stronger and won’t be ready to play this season, but just like the 49ers, the Chiefs have time to groom him for the future. Kansas City has terrific coaching and can work with players who are athletic at the position and turn them into technicians.