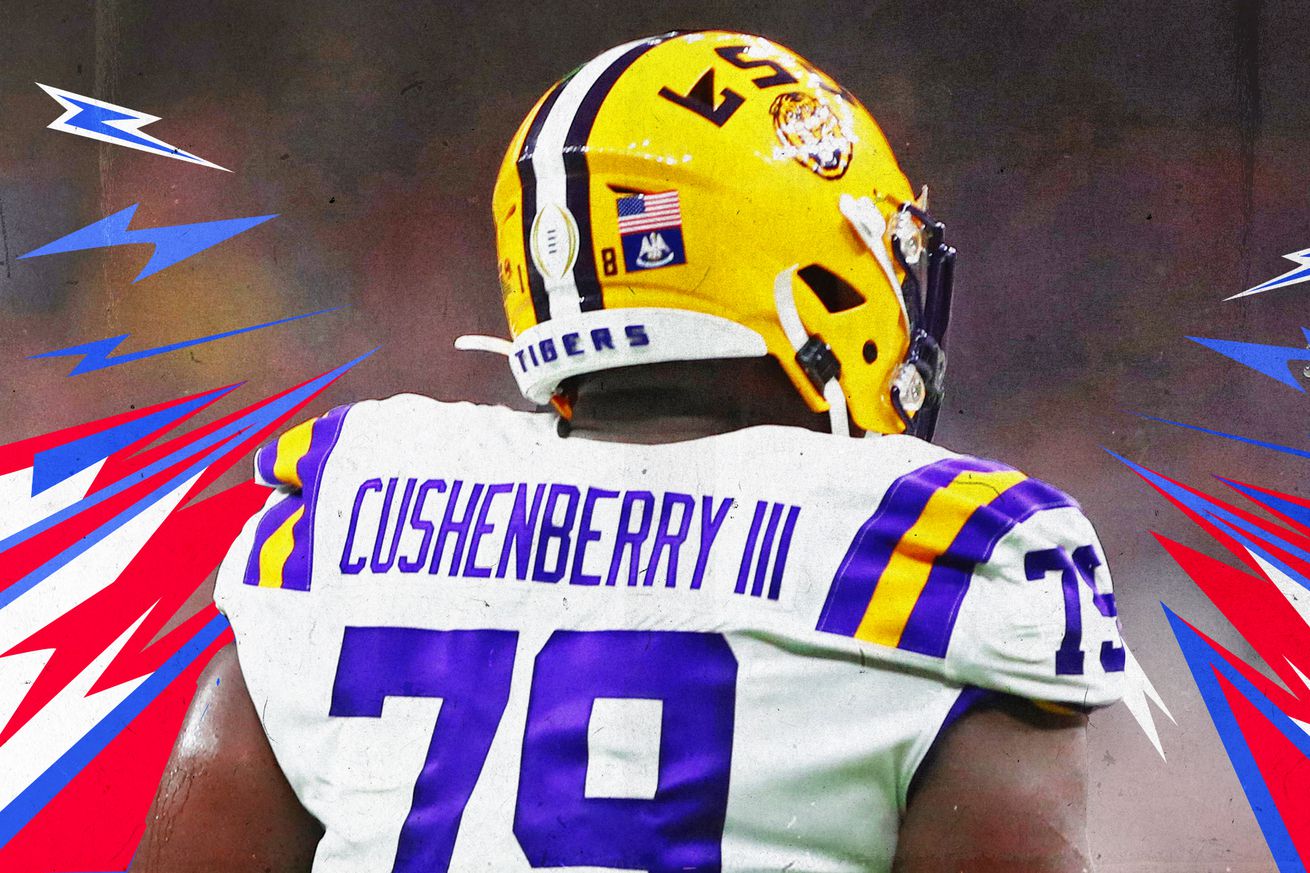 Lloyd Cushenberry III is one name you’ll hear in the 2020 NFL Draft.

This year’s class gives us a 90s flashback, a potential superhero villain, and a Rojesterman.

There’s no need to pretend otherwise: we’re all going to watch the 2020 NFL Draft. Hardcore, casual, and even non-football fans will tune in for the three-day event because it’s the only thing we have resembling live sports right now.

Throughout the weekend, we’ll encounter names both familiar and not, either via the bottom scroll on the telecast or from Roger Goodell announcing picks in his basement with his very good dog.

We’ve already decided who the top players in the draft are, so now all that’s left is determining who has a first-round caliber name.

Let’s take a look at the best names in this year’s draft, broken down by position.

Jonathan Taylor was born in January 1999, one month after Jonathan Taylor Thomas made his final appearance as Randy Taylor on the long-running ABC sitcom Home Improvement.

If Jonathan Taylor, the Badgers’ 6,100-yard running back, has any idea who JTT is, it’s only because he’s constantly hounded by older millennials who want to reminisce about the glory days of mid-90s teen heartthrobs.

(It’s possible this has happened to him every day of his life.)

“Cole McDonald had a farm, E-I-E-I-O. And on that farm he had a lamb, CeeDee, CeeDee Lamb.”

A North Dakota expression to voice frustration while avoiding saying an actual swear word. “Ouch, I stubbed my toe. Ben-ell-ef-son!”

You have to have a special name to beat out Prince Tega Wanogho for this spot. On that note: ARLINGTON. HAMBRIGHT.

A name that screams “I don’t need extracurriculars. I’m going to Yale because my father’s a legacy.”

Calvin Throckmorton is a genius on the verge of a breakthrough in quantum mechanics. He is also one science lab accident away from living up to his nickname, “Doc Throck,” the main villain in the 47th Marvel movie.

Simple and poetic, like the eternal quest to recapture the joyfulness and innocence of our youth and knowing that we will never be able to reach it. That’s the beauty, and tragedy, of life.

Also, an easy way to make a Wooderson reference, if you want to go that route.

He’ll tell you himself he’s a damn good player. Go on, McTellem.

This is how someone in the Bay Area, after going for a run, would answer a question about why they were out of breath. “K … see … too … hill.”

We should all be Rojestermen.

We’re immediately drawn to the last name here: McPhatter. It’s what happens when you order the breakfast platter every day at McDonald’s. You get McPhatter.

You can hear Gus Johnson punctuating it in that emphatic voice of his. “Lamont. McPhatter. The Second.”

You can hear Tony Romo squealing with excitement while he goes hoarse at the end. “LamontMcPhatterTheSecondddd!”

That’s music to our ears.

Also the name of a fantastic crawfish place in Shreveport. You should check it out if you’re ever in the area.

Beardall is the most fitting last name to capture this moment in our lives. In times of quarantine, beard all, indeed.

Is this an excuse to watch the Turk Dance?