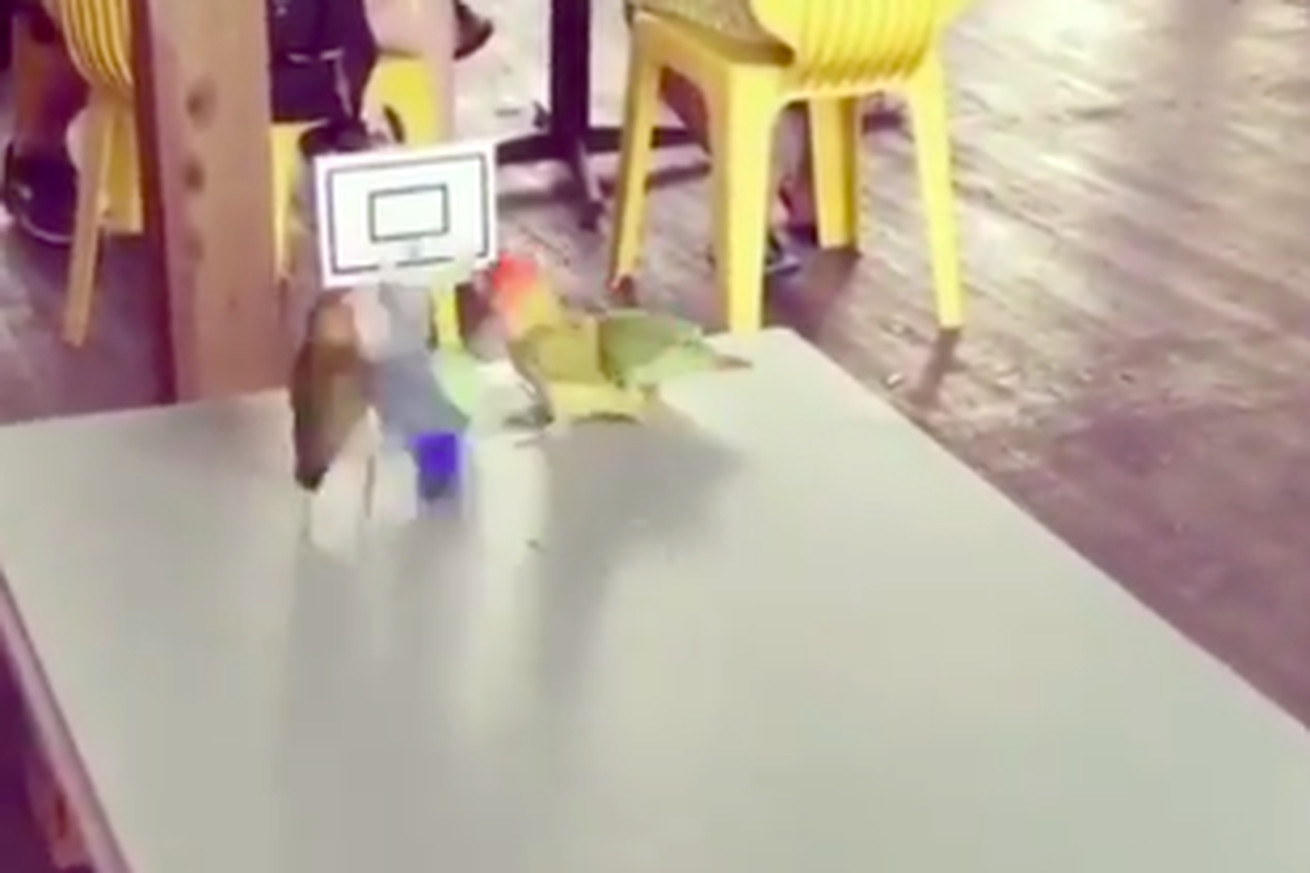 All sports are good sports in these times.

Until we get the NBA back in our lives (and more importantly have precautionary measures and low infection rates that would warrant that), we have to get by on the little live basketball we have. Watching streams of athletes, gamers, and celebrities play NBA 2K is a fantastic activity to do in the interim. But what if you’re not into simulated basketball? Well, you can always opt for the bird version of basketball.

Check out these birds channeling iso Melo, not allowing any of their teammates to touch the rock and instead opting for to grab all the showmanship and excellence for themselves. It admittedly looks fantastic. These birds know exactly what to do when they see the ball on the other side or the basket: beat the other birds to it and take it to the hole for a dunk in transition. They know that’s how they’ll get a snack as a reward for scoring points. One of them even does a sick crossover on a defender.

These birds get buckets pic.twitter.com/tUZ9kWjupZ

And even though they’re technically traveling on these plays, we’ll allow it because it’s so darn cute. Just check out the footwork. The poor defender is probably going to stay in the gym shooting and working on his defense on this court until the lights go off as a result.

At least most of these birds seem to know what they’re doing. There is one feathered friend who didn’t seem all that interested at the start of the video. It was just chilling around the rim instead of trying to get the ball like the others.

Maybe it was just trying to be a good teammate and set up for the easy shot? We may never know, but we do know that bird basketball in good.