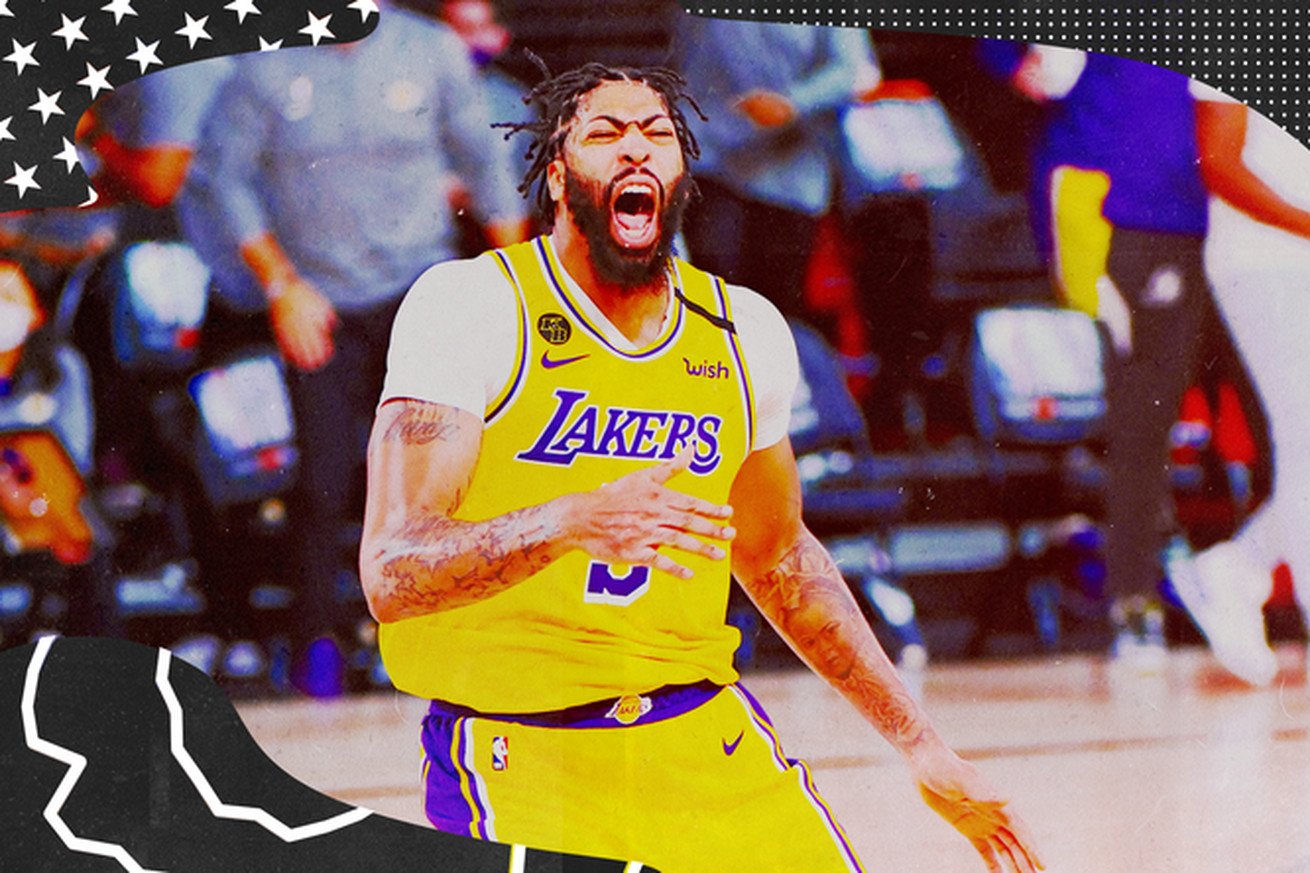 LeBron James has been amazing in the 2020 NBA Finals, but it’s possible AD has been even better.

Anthony Davis probably won’t be named NBA Finals MVP if the Los Angeles Lakers can finish off the Miami Heat for their first championship since 2010. LeBron James is the player who enters Game 5 leading the Lakers in points, rebounds, and assists during the series. He’s also the player whose legacy has been at the forefront of every discussion during these Finals. From both a narrative and on-court perspective, James certainly fits the bill for Finals MVP.

It goes without saying that the Lakers would not be in position to win the NBA Finals without the contributions of both James and Davis. Their individual skill sets are impossible to replicate. Replace James with a mere All-Star level creator instead of a GOAT candidate and it’s unlikely the Lakers ever get to the Finals in the first place. Replace Davis with another one of the league’s best bigs and it’s probable there’s a significant drop-off on at least one end of the floor. If James and Davis aren’t the two best players in the league right now, they definitely feel like the two stars whose skill sets mesh together the most congruently.

LeBron and AD won’t be named co-Finals MVPs. That would require a third Laker getting a vote from the 11 media members who make up the panel, which isn’t going to happen.

So, who should get the award? My first instinct is LeBron. As a general rule, play creators feel more valuable than play finishers. We saw what it looked like when Davis is on a team without an elite playmaker in New Orleans, and it wasn’t pretty. James remains the engine of everything the Lakers do. LeBron also deserves massive credit for practically constructing the LA roster himself.

But after thinking less about narratives and more about on-court impact in the series, there’s a strong case that Davis has actually been the most valuable Laker.

Davis has been the most dominant defender alive

Davis has been considered a prodigious defensive talent since his college days at Kentucky, and we’re seeing the full breadth of his ability on that end during these NBA Finals. AD was masterful in Game 4, putting together what was arguably one of the best defensive performances in Finals history to help the Lakers take a 3-1 series lead.

Two days after Heat star Jimmy Butler dropped 40 points in a critical Game 3 win for Miami, the Lakers adjusted to put AD on Butler. The change flustered Miami’s offense all night long. The Heat finished with a 92.5 offensive rating with Davis on the floor for 42 minutes in Game 4, which was 12 points worse per 100 possessions than the NBA’s worst offense during the regular season. When AD was resting on the bench for six minutes, the Heat scored 183.3 points per 100 possessions.

Davis’ combination of length, quickness, and discipline makes him such a versatile defender. The great Ben Taylor broke down exactly how Davis stifled Miami in Game 4.

For a more in-depth breakdown on the intricacies of AD’s defense in Game 4, check out this piece from the brilliant Mike Prada.

Davis is uniquely equipped to both smother the rim and close out on shooters. He’s able to drop back in coverage off a pick-and-roll, but still get a good contest on any pull-up jumper because of his 7’5 wingspan and instantaneous reaction time. When Davis switches onto a big man, he’s able to wall up at the rim or even block shots from behind.

We’ve seen even the best traditional big men get run off the floor in the playoffs in recent years, but Davis is hardly that. While it’s true that he has a team of tough-minded perimeter defenders in front of him, it’s AD that has glued together the Lakers’ terrific defense throughout the playoffs. There might not be another player alive capable of dominating defensively in the way he’s doing it right now.

Davis has been a hyper-efficient scorer

Davis has been remarkably efficient as a scorer throughout the playoffs for the Lakers — and he’s been at his best in the Finals. Through the first four games of the series vs. the Heat, Davis has taken 66 shots and scored 103 points. That equals a 70.1 true shooting percentage, which would be the highest in league history if done over an entire season.

Davis is scoring from all three levels. He’s hit 6-of-11 shots from three-point range, good for 54.5 percent from deep. He’s hit all 17 free throws he’s attempted. He’s also making 80 percent of his shots at the rim. Just look at how immaculate this shot chart is:

Anthony Davis’ shot chart in the Finals is obscene pic.twitter.com/RzjgIjNTov

Davis has really been doing this throughout the Lakers’ entire playoff run. He’s posted 67 percent true shooting through the Lakers’ 19 playoff games so far. He’s also hitting 40.4 percent of his threes since the postseason started.

Davis’ one-on-one scoring package just looks unstoppable right now. Miami doesn’t have an ideal defensive matchup for him in this series, and it’s showing. AD is shooting right over smaller defenders, and burning slower ones to the basket. His newfound three-point range is only making him even deadlier. Imagine if AD is able to shoot from deep like this for the rest of his career?

Of course, it’s so much easier to score when the opposing defense has LeBron to worry about. Davis has been assisted on 67.5 percent of his field goals in the Finals. He’s a play finisher, not a play creator, and that’s perfectly fine. No one is better than he is in this role.

AD helps LeBron as much as LeBron helps AD

James has had plenty of All-NBA teammates throughout his career, but he’s never had one quite like Davis. LeBron knows AD is money from all over the floor on so many different play types. His offensive versatility has allowed LeBron to pick his spots more carefully and maximize his own scoring efficiency.

For as brilliant as LeBron has been in these Finals, there’s no way around the fact that he’s in Year 17 of his career. James isn’t being counted on to drop 40-point games anymore, and that’s the best thing possible for both him and the Lakers. James knows he doesn’t need to carry the Lakers’ scoring load on every possession because Davis is more than capable of doing it himself.

The results of our latest @sbnreacts poll are in, and most NBA fans think LeBron James is the clear NBA Finals MVP, and that the results of this series wouldn’t be different, even if the Heat were healthy:https://t.co/dtNbjxUUAI pic.twitter.com/xb0uB4wl3v

It feels like there’s truly no wrong answer for MVP — assuming the Lakers can get one more victory over Miami in the next three games. LeBron is creating mostly everything for the Lakers’ offense, and Davis is finishing at historic rates off his feeds. Davis has clearly been the more dominant defender, which has been the true key behind the Lakers’ success in this postseason. The award will probably go to LeBron, but AD’s overall impact might be even greater in this series.