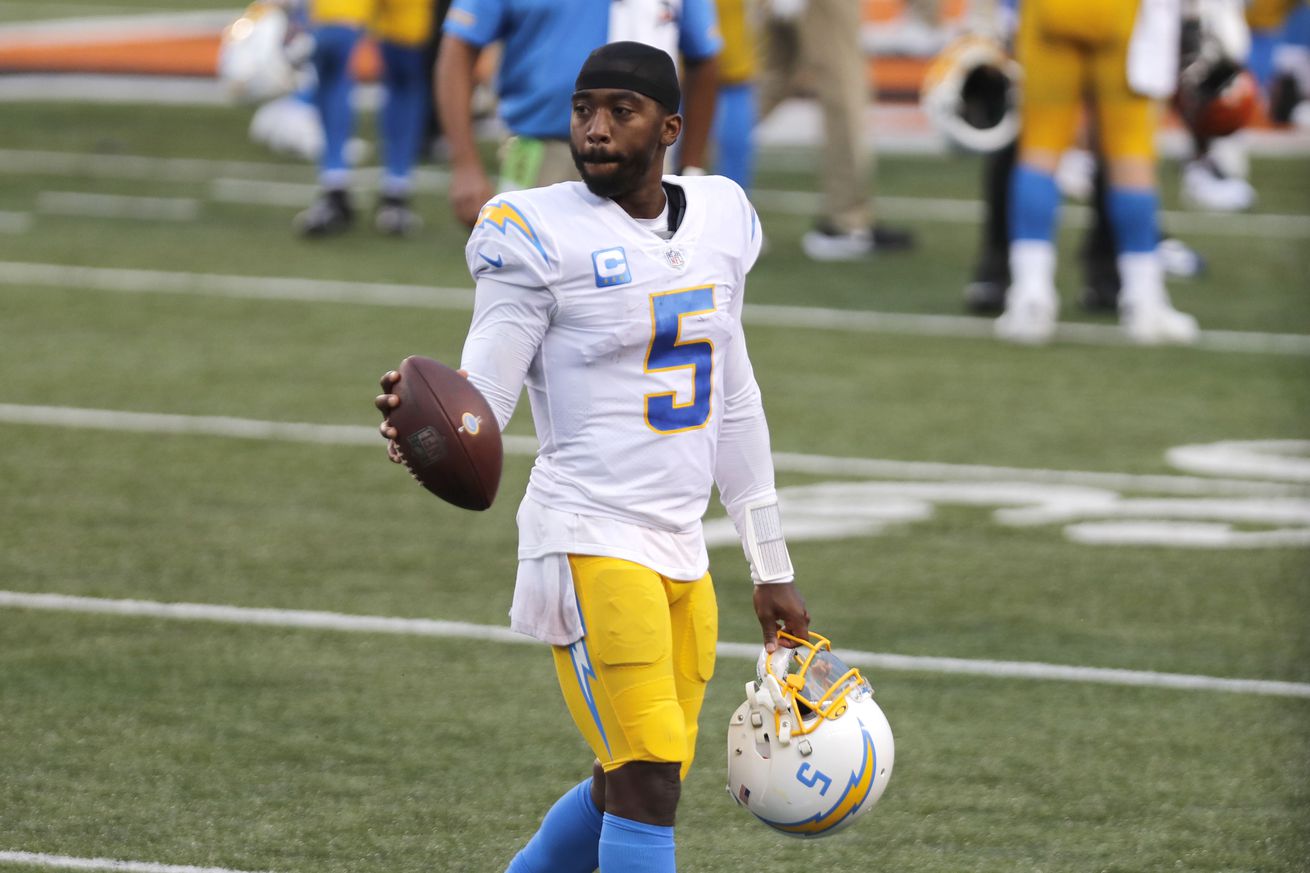 The injury to Chargers quarterback Tyrod Taylor, which led to rookie Justin Herbert making his first career start on Sunday, has now become one of the more bizarre incidents we’ve seen in football. Seriously.

Taylor was injured immediately before the game against the Chiefs when the team doctor accidentally punctured his lung while trying to administer a painkilling injection for his cracked rib, according to ESPN’s Adam Schefter. Information at the time was spotty, with most being puzzled why Taylor couldn’t play.

The entire situation was bizarre. The Chargers didn’t offer much information as to why Taylor was unable to play, which makes sense I suppose when YOUR TEAM DOCTOR COLLAPSES THE LUNG OF YOUR STARTING QUARTERBACK WITH A NEEDLE. Chargers coach Anthony Lynn said Taylor was dealing with chest pain, and went to the hospital with shortness of breath. Both of which seem like symptoms of being stabbed in the lung with a needle by accident.

This isn’t the first time the Chargers have had issues with team doctors. In fact, malpractice seems to be a hobby for the team — whether they’re in San Diego or Los Angeles. The team’s former doctor, David Chao has a vast resume of malpractice charges and allegations against him. Now, in a twist of irony, Chao who goes by “Pro Football Doc” on Twitter where he offers vague, rapid-fire injury analysis is “reporting” on malpractice in the Chargers, a beat he used to own.

Obviously there’s dark comedy to this whole situation, but it’s supremely unfair for Tyrod Taylor. In recent years he’s become the go-to transitional quarterback for a team to use while they prepare a rookie. The football adage says a player shouldn’t lose their job due to injury, but it’s going to be difficult for Los Angeles to justify benching Herbert after a stellar first outing against one of the best teams in the NFL.

Tyrod Taylor could actually lose his starting job because a doctor stabbed him in the lung by accident. If nothing else it’s going to be fascinating to see how the NFLPA addresses this issue, because there are likely going to be a lot of questions for how the team plans to deal with this.