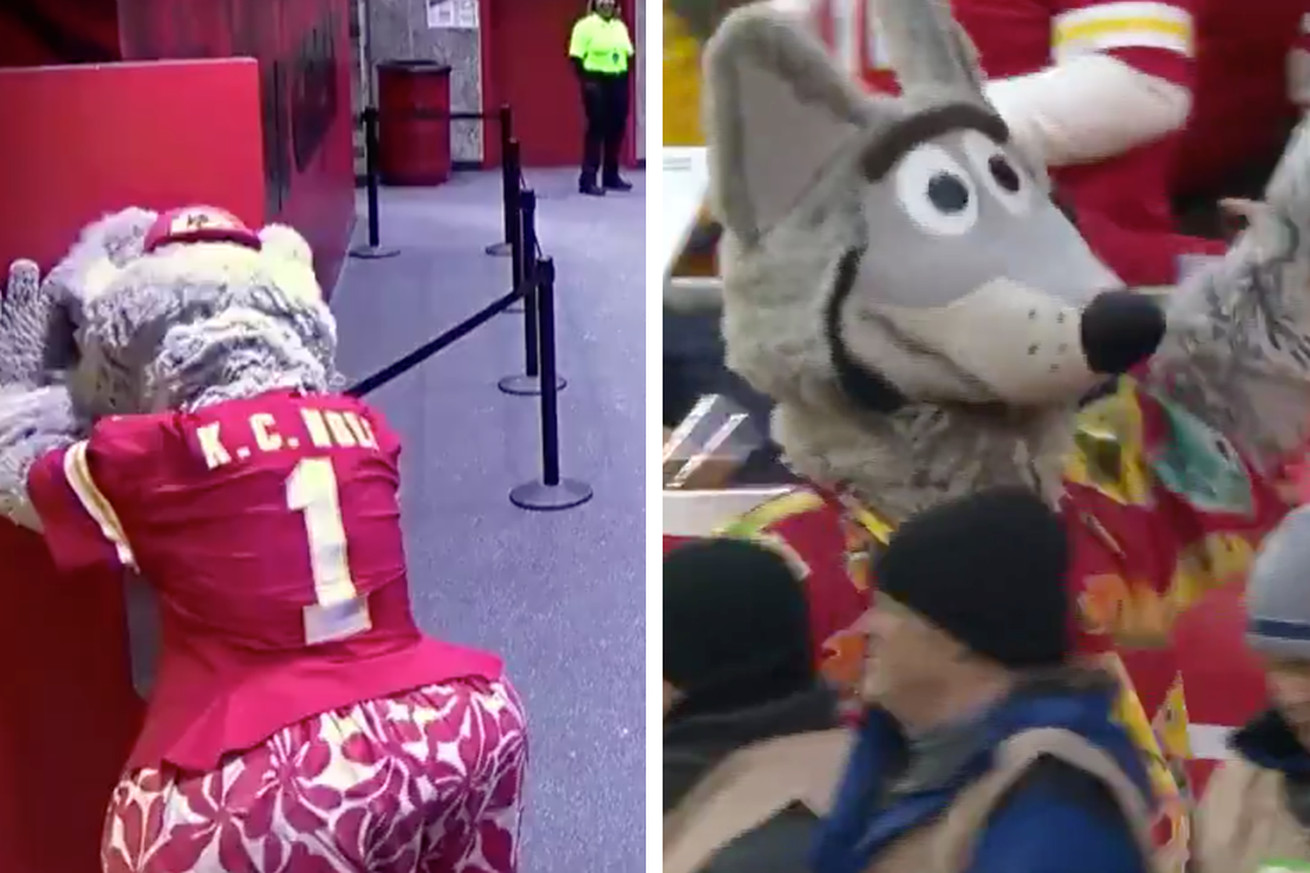 Thank you for capturing these moments, CBS camera crew.

The Kansas City Chiefs were imploding at home in the first half against the Texans. At the start of the second quarter, the Chiefs trailed 21-0 thanks to three quick scores by Houston, including a blocked punt returned for a touchdown and a muffed punt that set up another Texans score.

Coming out of commercial break early in the game, CBS showed video of the Chiefs’ mascot, K.C. Wolf, expressing his frustrations with the start. Let’s just say it summed up KC’s performance perfectly:

The KC Wolf is every Chiefs fan right now. pic.twitter.com/zNS42EDtJu

I’d like to thank KC Wolf for doing this in the first place, but more importantly for CBS’ camera crew for capturing this moment and then choosing to put it on the broadcast.

But in the second quarter, the Chiefs offense began to come alive and scored 28 unanswered points to take a 28-24 at halftime. Kansas City added to that lead with two more touchdowns, and let’s just say that KC Wolf was in a much better mood:

The K.C. Wolf is in a MUCH better place. pic.twitter.com/46HKOAexpt

That Hawaiian shirt KC is wearing in the above video looks exactly like one Chiefs head coach Andy Reid would wear to a press conference. He’s been known to rock them for media availabilities:

Have yourself a day, KC Wolf. Chiefs fans have been on the same emotional rollercoaster you’ve been on all day.