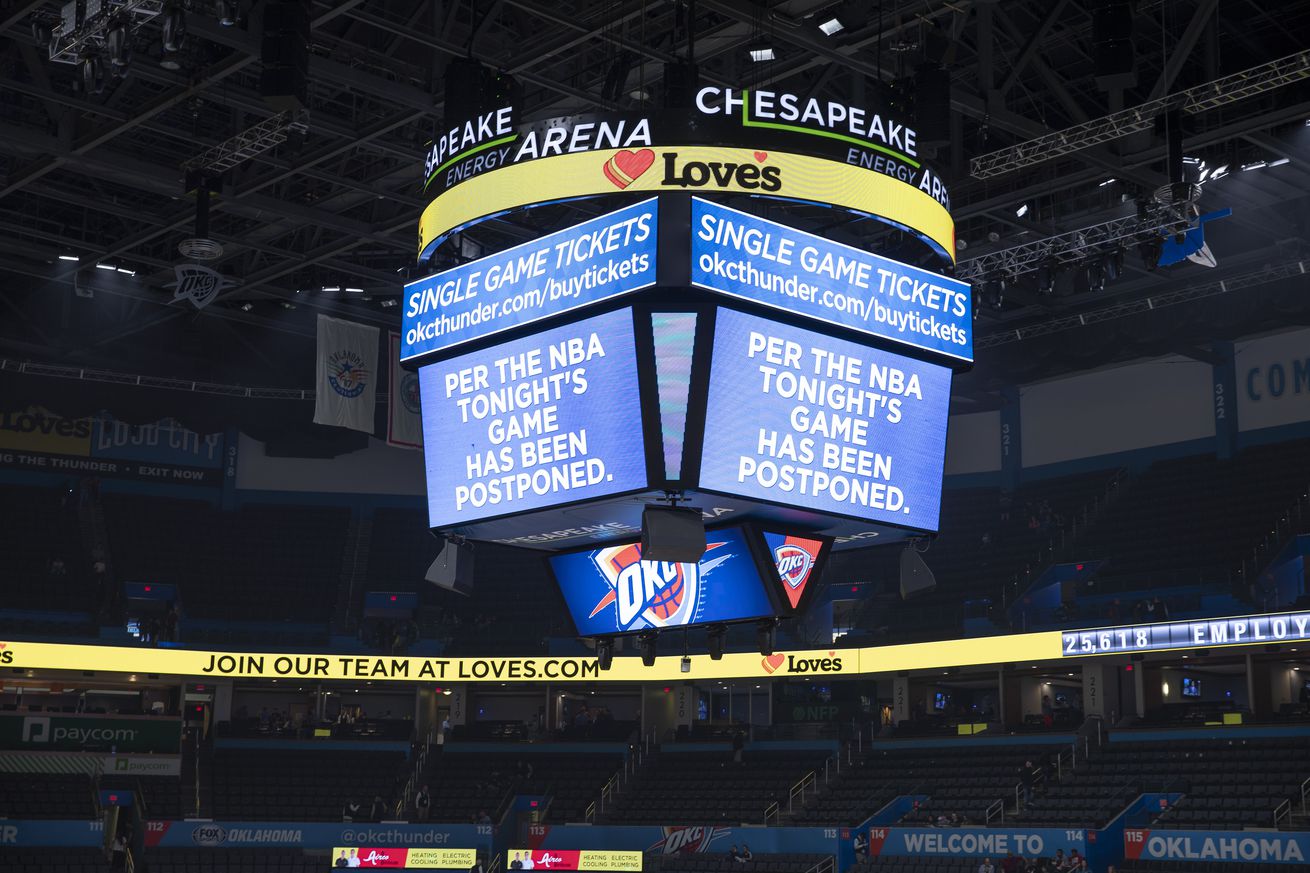 Jumping the line is something we’re accustomed to, but this is different.

When Rudy Gobert tested positive for coronavirus, there was a very real possibility his teammates could have been infected, as well. In a different timeline, it would have been reasonable for the Utah Jazz to test everyone in the organization, just to be on the safe side. However, in a country lacking a system of widespread, affordable testing amid a global pandemic, it’s unconscionable to justify the state of Oklahoma using its already-stretched resources to test 58 players and personnel from a basketball team.

It would be reductive to look at this as a situation of sports being more important than anything else. The reality is this situation is just another example of something we already know: The rich and powerful benefit from their privilege in every walk of life.

Robert Silverman of The Daily Beast broke down the staggering numbers of just how far behind the United States is in Covid-19 testing compared to the rest of the world. When you consider the country’s daily average per state is 55 tests per day, allocating 58 tests for one basketball team is unthinkable.

The issue here isn’t just that the Jazz got preferential treatment, but the impact using those resources (60 percent of Oklahoma’s testing capacity) had on the rest of the state. How many at-risk people had to wait on testing so the NBA could have peace of mind? We don’t have answers, and the dire nature of this speculation is precisely that, but these are also the questions we need to ask in any scenario where depleted resources require pointed allocation during a time of crisis.

The NBA should be applauded for its handling of the coronavirus pandemic as a whole. Teams were on notice to watch for symptoms, players were instructed to self-report, and, despite Gobert’s foolishness, the NBA was also the first professional league to suspend its season without waiting for someone else to pull the trigger. In many ways, the league’s actions helped escalate the importance of the virus both in public awareness and in prompting other leagues to take action.

This is what makes the whole scenario complicated. A utilitarian point of view would suggest testing the entire Jazz organization to determine how the virus was spreading and suspending the season as a result created the greatest good — but also there’s a human toll we cannot ignore. The United States is woefully unprepared for the epidemic due to isolationist policies and an overwhelming tendency to think the country would be immune to issues burdening other nations dealing with their own crises. On top of that, our healthcare system is ill-prepared to handle an influx of patients in need of intensive care, should that become a reality. We’ve already seen this happen in Northern Italy with doctors being forced to make life-or-death decisions about who can get a hospital bed and confronting the impossible scenario of sending symptomatic elderly patients home, knowing they could die.

This is why it’s alarming to see an entire sports organization given preferential treatment in a country where people are forced to wait for critical testing they might not receive before it’s too late. Watching the privileged jump the queue might be common, but it’s not acceptable — especially not now. We must all be aware of how resources are allocated as the pandemic progresses. It will get worse before it gets better, and testing and treatment shouldn’t be determined by a person’s wealth or social standing.