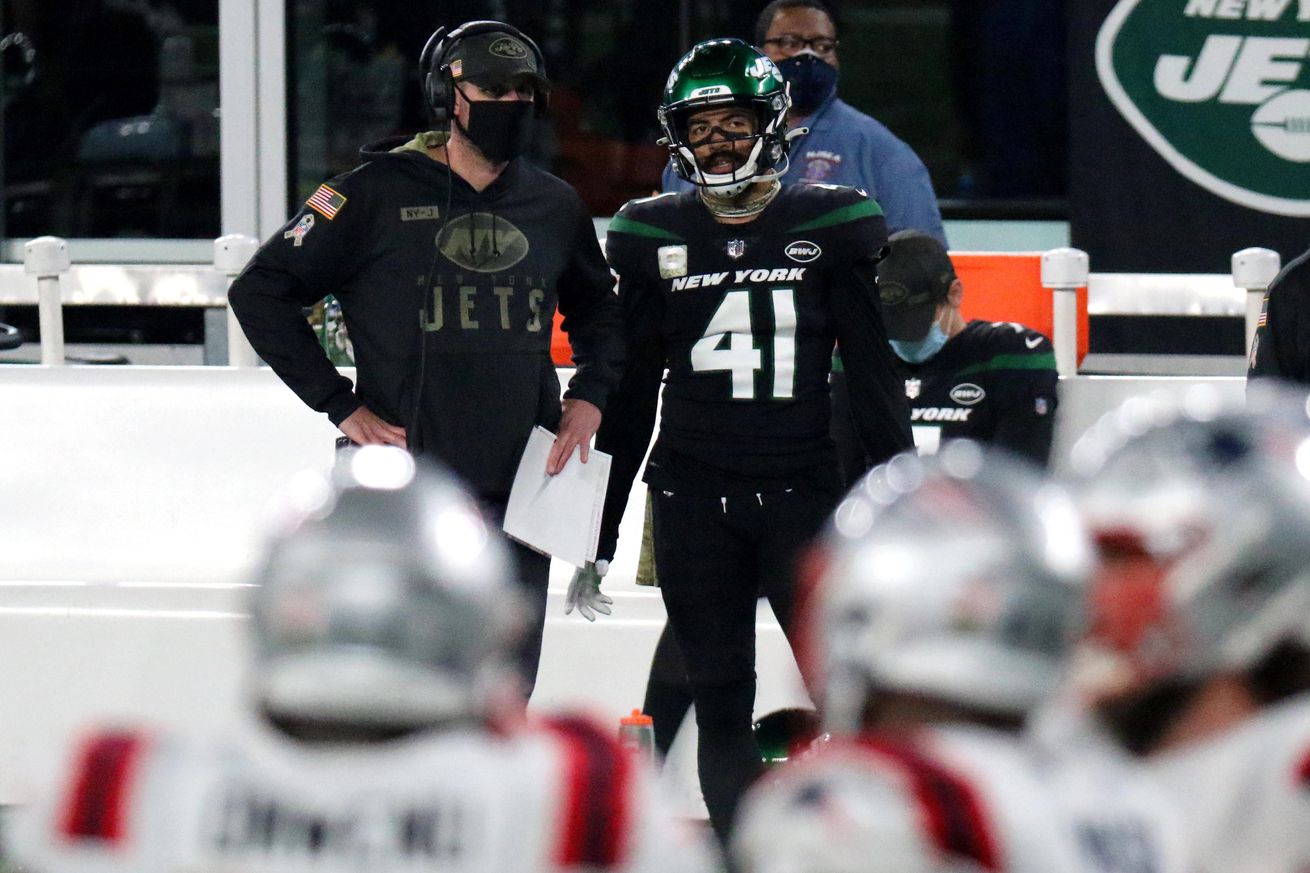 What were they thinking?

The most important thing an NFL team can do is remember its identity. When they start to stray from it, things go wrong. On Monday night, the Jets almost ruined everything by straying from their identity — they almost won a game.

In a staggering display of competence, the Jets jumped out to a big lead over the Patriots at halftime on Monday Night Football. The world was stunned. Gamblers clutched their tickets, terrified of what might happen. Writers began to pen more pieces on how Cam Newton “doesn’t have it.” Mostly though, we were shocked. The Jets had to come to their senses and realize what they were doing. How dare they think about winning a football game.

Thankfully for New York, the Jets noticed their folly and quickly allowed New England to score 13 unanswered points in the fourth quarter to save the Jets from themselves. The way they bounced back from almost winning was masterful, executing the perfectly wrong play call, which resulted in a Joe Flacco interception with six minutes left in the game. This allowed New England to mount a touchdown drive that set up the game-winning field goal that left Jets fans cheering from their homes, weeping, joyous they lost another one.

In doing so the team made franchise history. The first time in 61 years the Jets have started 0-9 on the season. It’s enough to bring a tear to your eye. Well done boys, you did it.

It has never been more important for the Jets to embrace their role as the biggest losers in the NFL until this moment. Forgetting that identity would be a death knell to the season. A meaningless Monday night win against the Patriots would be nothing compared to the pain of potentially missing out on drafting Trevor Lawrence, a quarterback so locked in to being the No. 1 overall pick in the NFL draft that not even the New York Jets could screw it up. But dammit, they’ll try. The Jets are a scrappy team like that. They’ll never accept “no” for an answer. They will take a once-in-a-generation prospect, put him in Gotham Green and say “You’re one of us now. Your dreams end here.”

We almost lost all that in one night. A Jets win would have assured Lawrence’s success in the NFL. Now, thanks to their gutsy self-implosion they’ve given football fans a chance, a promise, to say “God I hope the Jets don’t ruin him,” then moving forward “Damn, they Jets are really ruining him.”

That’s a football tradition like no other. Thankfully New York was wise enough to realize it before it was too late, and make sure they lost in spectacular fashion on Monday night.