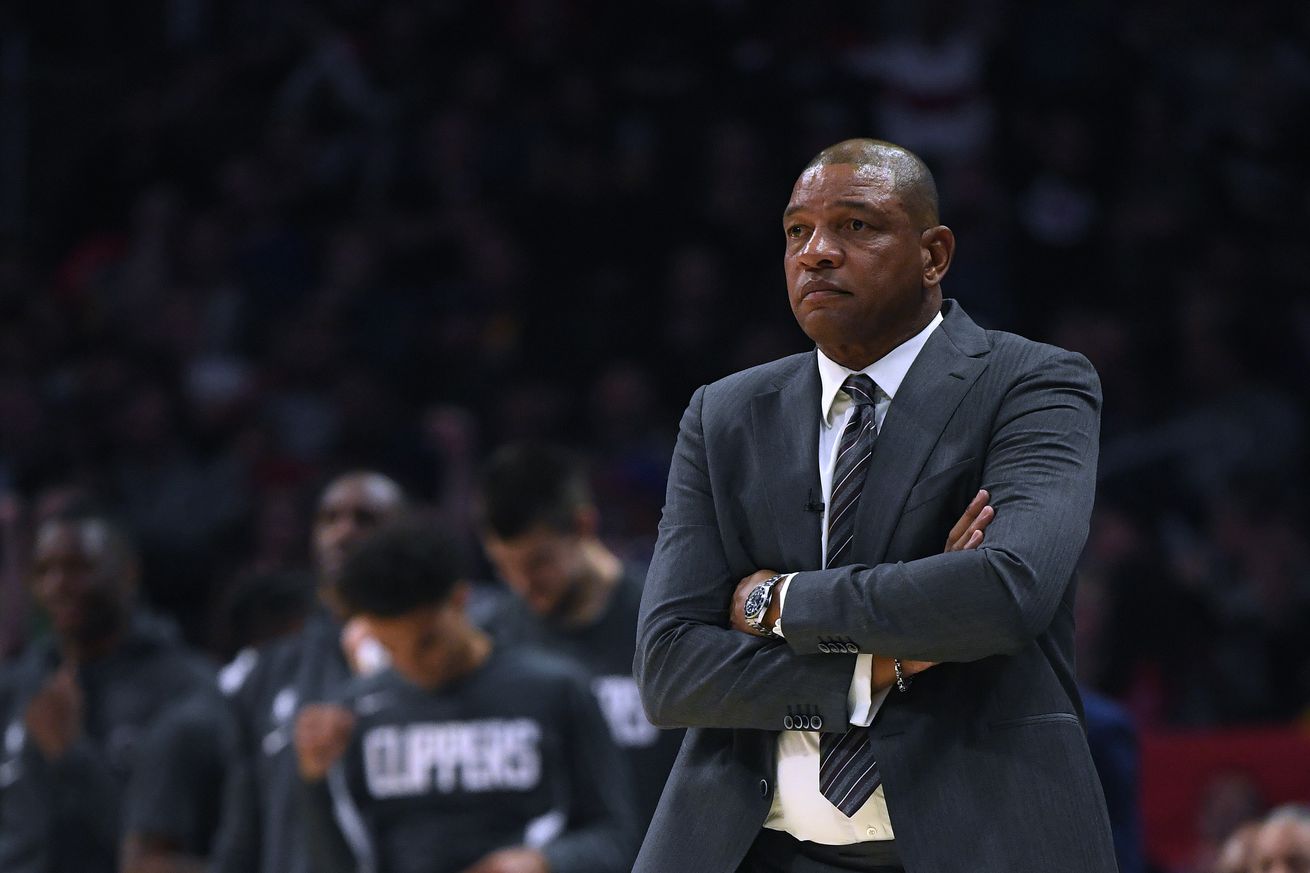 We have that and more in Friday’s NBA newsletter.

On Thursday, we talked about Kawhi Leonard resting for a national T.V. game and the NBA being okay with it, but fans perhaps not loving it. Later Thursday, the NBA decided it didn’t love the way Doc Rivers talked about Kawhi’s rest and fined the team $50,000.

The Clippers received pre-clearance from the NBA to sit Kawhi by telling the league that this wasn’t “load management” — it was rest related to his injured left knee, the one that clearly showed wear during the reigning NBA champion Raptors’ title run last spring. But then after the game where Kawhi sat, Clippers coach Doc Rivers talked about how great Kawhi feels health-wise, how he’s “never felt better.” The NBA felt duped and issued a $50,000 fine on Thursday. Then Kawhi played (as planned) in a national T.V. game on Thursday and looked fine.

In the end, the NBA fined the Clippers for telling the truth after giving them permission to tell a lie.

A more charitable and nuanced read is that the NBA wants to support teams resting players for back-to-backs, but can’t get away with it if the teams don’t at least try to convince fans that players actually have ongoing health concerns that only adequate rest can help solve. In this reading, the NBA acknowledged the Clippers’ rationale, and then Doc undercut it and so the NBA had to revisit its initial decision.

The problem for the NBA is that by fining the Clippers after giving them the thumbs-up, they are drawing further attention to a situation they’d prefer everyone ignore. The hope for the league is likely that other teams don’t give up the game when resting players by then calling them models of health hours later.

So basically, at its core, the NBA wants teams, if they lie about the reasons for resting star players, to keep up the lie. The NBA doesn’t want to look duped for a public already feeling duped by this whole arrangement. Fair enough.

Great reception and celebration of Kemba Walker back in Charlotte. In related news, Boston is pretty darn good.

I wrote about a new stability in NBA head coaching jobs. Turnover is at its lowest point in at least a decade. Note: this stability does not apply to all teams.

Zito Madu on why Ja Morant is so thrilling to watch.

Matt Ellentuck on Luka Doncic already playing like an MVP in his second season.

Eric Bledsoe had a hilarious night against the Clippers on Wednesday.

Seems like the Lakers are the favorites to land Andre Iguodala if he’s bought out. I still think someone will instead trade for him.

The revelation that is Ivica Zubac for the Clippers.

Giannis Antetokounmpo on taking it easy and what type of coach Jason Kidd was.

A forgotten man integral in getting the Sonics out of Seattle and into Oklahoma City.

Whitney Medworth remains on the THINGAMAJIG IS VICTOR OLADIPO beat.

Be excellent to each other, my friends.