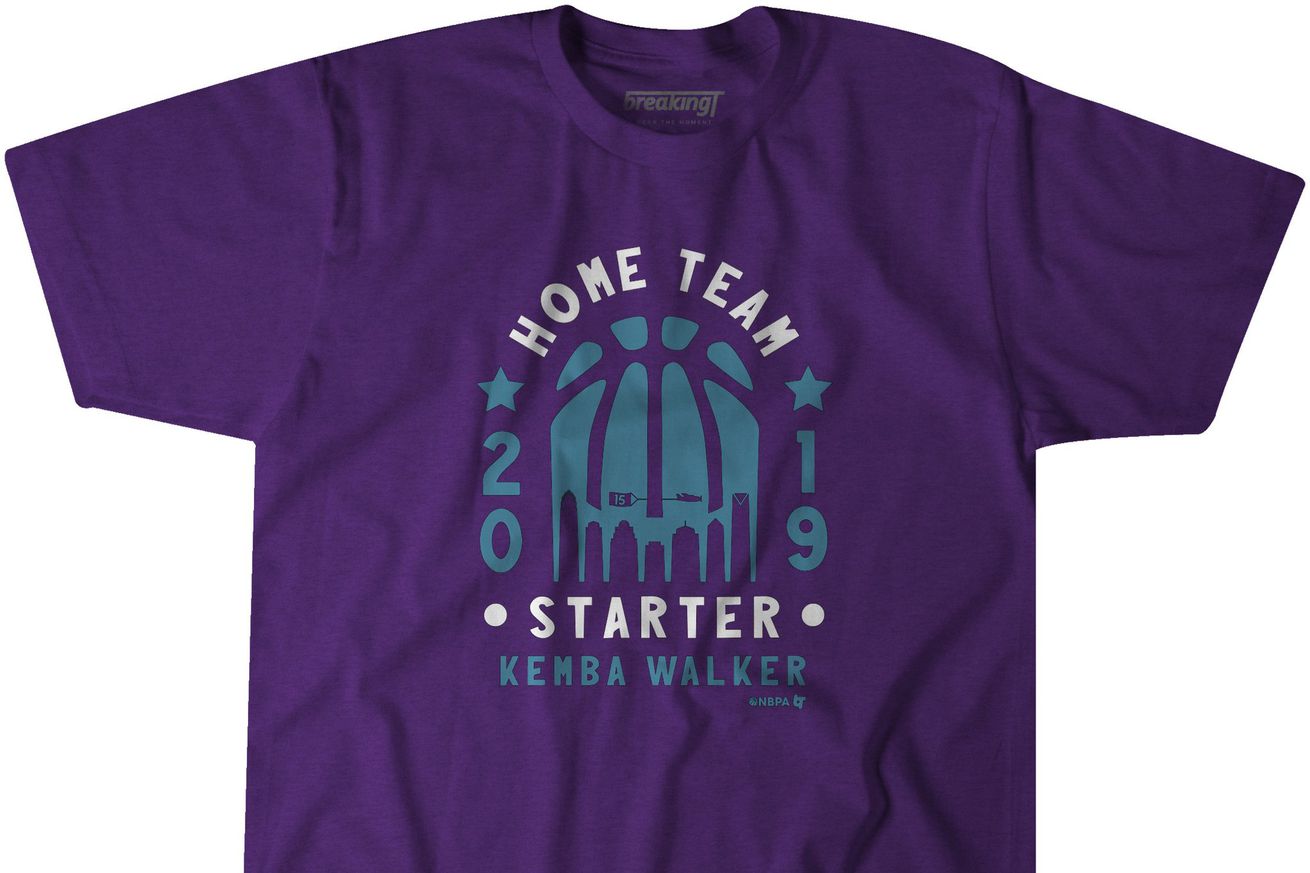 A new pair of T-shirts have been released for the Hornets’ star, who will represent the team when Charlotte hosts the All-Star Game in February.

Kemba Walker is the heart and soul of the Charlotte Hornets. Since he was drafted ninth overall in the 2011 NBA Draft, Walker has gone from UConn basketball folk hero to bonafide NBA franchise star.

Now, in his eighth season, Walker has developed into a fully fledged All-Star point guard who is putting up the best offensive numbers of his career. At 28, Walker is averaging a career-high 24.4 points per game as he tries to keep the Hornets in the thick of the Eastern Conference playoff race.

With the All-Star Game heading to Charlotte this season, there was speculation mounting that Walker’s name wouldn’t just be called as a reserve, but he may even make the leap to All-Star starter.

The All-Star Game may be a few weeks away, but Hornets fans can get the party started early with new merch that just dropped to celebrate Kemba’s moment in the spotlight as he represents the city of Charlotte.

And if you’re also looking to pick up the hoodie version, check this out.

Walker and the rest of the NBA’s brightest stars will show off their talents in Charlotte when All-Star Weekend kicks off on Feb. 15.

Last week, Nike and Jordan Brand released the first batch of jerseys that the starters will wear during the game. Here’s Kemba’s looks for this year’s All-Star Game.