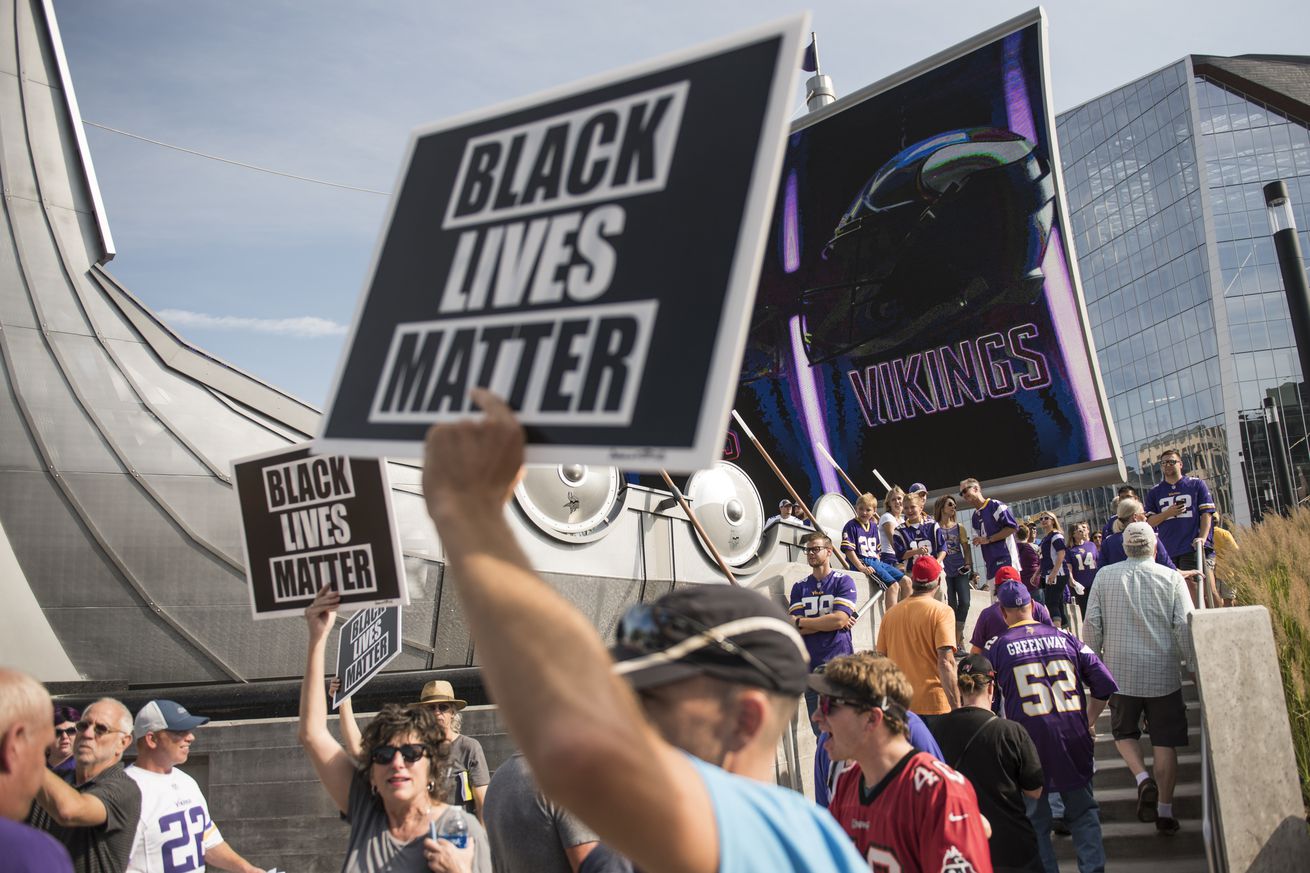 The NFL is trying to please everyone, and standing for nothing

On Tuesday the NFL announced what it would be doing to raise awareness for police violence and social justice, and unsurprisingly it has no teeth. The phrases “It Takes All Of Us” and “End Racism” will be visible in end zones, and outside of that everything is on the players.

Athletes will be able to wear an approved NFLPA shirt during warmups which read “Injustice against one of us is injustice against all of us.” Alternatively they can wear a shirt with a league-approved slogan, including “Stop Hate,” ”It Takes All Of Us,” “End Racism,” or “Black Lives Matter.” Players will also be permitted to put the name of a victim of police violence on the white lower padding of their helmet.

Taking pressure off the league and putting it onto the players is the core of the NFL’s brand. It aims to say very little, instead hoping the focus will be shifted onto individual players in order to take the heat off them. By the NFL making this support optional out of cowardice, it’s going to reveal which players are cowards.

The NBA made similar displays and put the onus on players to decide how to proceed, but players in the NBA and WNBA had a unified response. The league approved names and slogans on the court and jerseys, but the movement manifested itself beyond — typified by the strike during the playoffs, which prompted wider recognition and action.

Whether it’s by taking a knee like Colin Kaepernick and risking getting black balled, or Alejandro Villanueva refusing to participate in team protest, citing his army background as a reason he wouldn’t participate. Players have always stood for what they believed in, often earning reprisal from the NFL in the process. However, pretending to be apolitical in the NFL is as much a brand as standing for something.

There is a long list of players who routinely change the focus to football whenever they are asked for their opinion on issues off the gridiron. They pretend to not have feelings on issues, or feign ignorance — but really they’re weaving themselves into a model the NFL created: Trying to please everyone. It’s a balance the league has tried to maintain forever, choosing its battles only when public outcry demands a response.

Make no mistake: If the NFL had its way nothing would be taking place this fall to combat systemic racism or police violence, but the climate, especially in the wake of the NBA and WNBA strikes forced them into some sort of action to ensure the same organization by players doesn’t happen in the league. It deflected attention as much as possible by allowing its athletes to take a stand to issues they believe in, and this will also mean seeing which players have more loyalty to their personal brands and earning potential than wider issues.

There isn’t going to be an easy path, no matter which way players decide to go. Viewers will feel alienated either way, and there will undoubtedly be criticism regardless of a player’s decision. Some of the public will be upset players who choose not to engage in demonstration aren’t doing enough to use their stature and fame to promote discussion and awareness, others will be enraged by the idea that black people shouldn’t risk being killed by cops in every single encounter with police. That is the climate of 2020, and every player is innately aware of it, even if they pretend not to be.

What remains to be seen is the personal toll this will have on players. Some could be alienated in the locker room based on their beliefs. Others will be forced to answer questions all season, regardless what side of the fence they sit. The great irony in the situation is that a core argument against Kaepernick remaining in the NFL is that his political stance would cause a “distraction” for a team that signed him, so in exchange the NFL put everything on its players, ensuring a season full of “distractions” because they didn’t have the guts to take a stand as an organization.

It’s unfortunate, but expected. At the end of the day the NFL stands for nothing but money. Its moves will always be calculated with the bottom line in mind. It doesn’t want to actually put teeth behind its actions, just do enough to shut up the public — unless you’re giving them money. If there’s cash flowing into the league then they’re all yours for a weekend, or a month, or whatever you want — just open that checkbook.

When the questions come, and the outrage, and people attacking players for their stances just remember one thing: The NFL did this. The shield made its call to keep itself out of the situation so its players would carry the burden. That is the league’s legacy, and that will continue forever until there is real change.