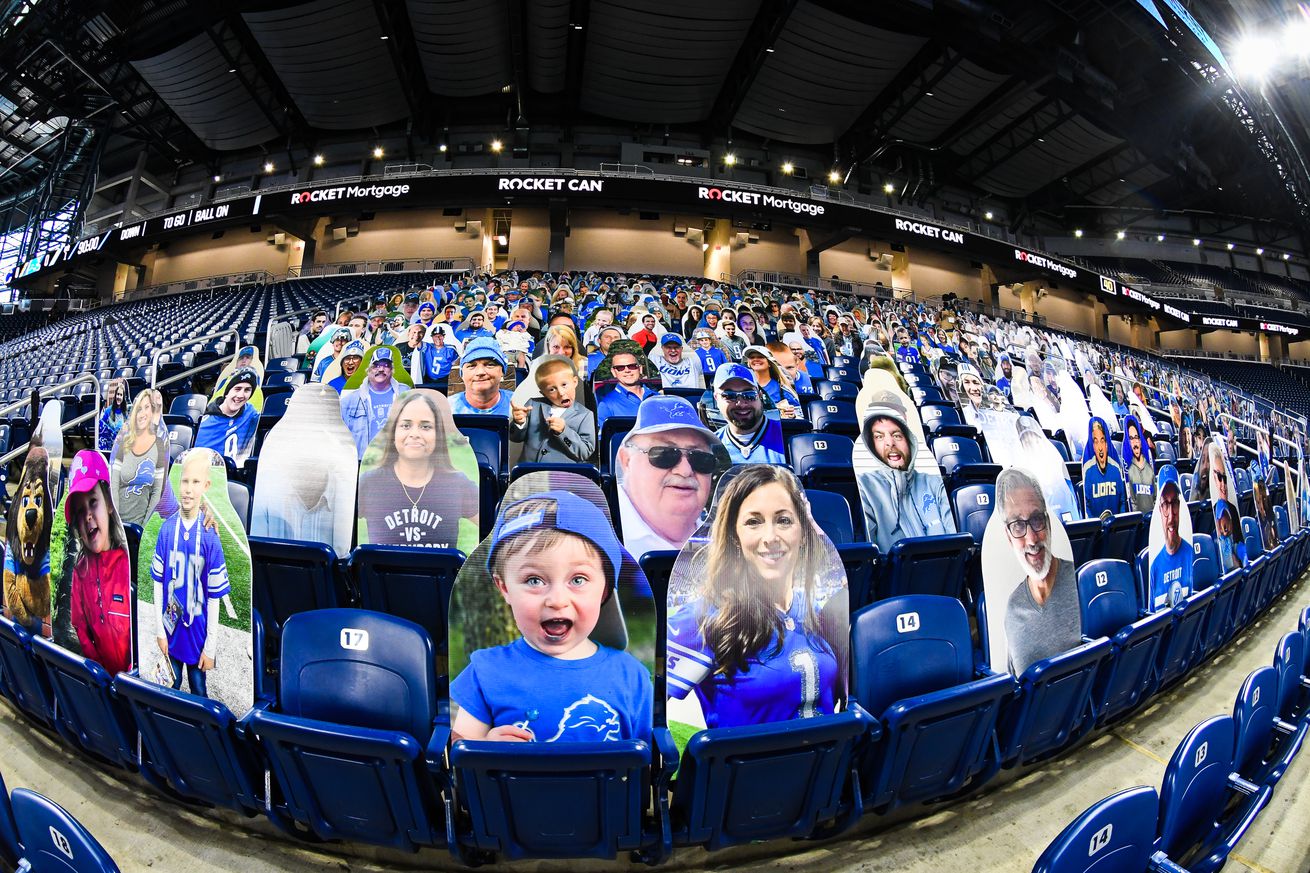 For months we wondered how an NFL game would feel without fans, and honestly — midway through the first quarter on Sunday I forgot nobody was in attendance. Sure, it makes a difference for players used to feeding off a live crowd, but for the rest of us the experience was more or less the same.

How did it all work so well? What can be improved? These are going to be questions moving forward for the rest of the season.

Credit where it’s due to CBS, FOX and NBC for making a few small adjustments that made us forget the crowd wasn’t there. Production leaned on tighter shots of players, rather than cutting to fans in the stand. It was so subtle you probably didn’t even notice unless you really combed over the games.

Bill Belichick didn’t think it made much of a difference either.

This made me laugh out loud. pic.twitter.com/5PUiKPZGKy

The natural camera angle we’re used to see plays cuts out much more of the crowd than the NBA or NHL, where we’re more accustomed to seeing the fans behind the play. Yes, we still miss a little of than fan-fueled flavor, but the experience of seeing a game at home was basically the same.

When paired with simulated crowd noise it felt largely like every single game we’ve been watching for years.

What could be improved …

Just because there’s a lack of fans doesn’t mean we need to lose personality. That’s the big thing missing. If the NFL really wants to sell the idea of virtual fans with simulated cheering, they should accept the full fan experience and make things more contextual.

For instance, the simulated crowd never booed a referee. They cheered big plays on both sides of the ball. This is all pretty silly. We can accept that no home fan is going to cheer for an away touchdown, or be silent during a critical pass interference call. It doesn’t matter if the call is right, that zebra is getting booed. It comes with the territory.

We also need some individuality between teams. There are player specific cheers around the league that could be tapped into. Heck, if you had all 32 teams ask their fans to record themselves yelling a player’s name there would be thousands of submissions. Stitch them together, clean up the audio, add it to the experience. That way it might feel a little more similar to what we’re used to watching.

What should be added …

The lack of fans during the Covid-19 pandemic gives us a unique chance to hear the game like never before. We should have some time to hear the on-field action with no simulated fans, and no commentary over the top.

I’m not saying to do this for an entire game. Brand it if you want, call it “Real Audio,” or something — but a five minute stretch during games where we only hear the voices of players, the contact and the feeling of what it’s like to be on the field would be amazing.

We’ve never going to get an opportunity like this again to hear NFL athletes in a way that puts them at the forefront. While I’m sure there would be a ton of anxiety from networks who don’t want to pick up some expletive-laden trash talk, it would also heighten the entire experience.

Ultimately though, Week 1 was a total success. It really feels like football is back fully, even with nobody in the stands. I could get used to this.