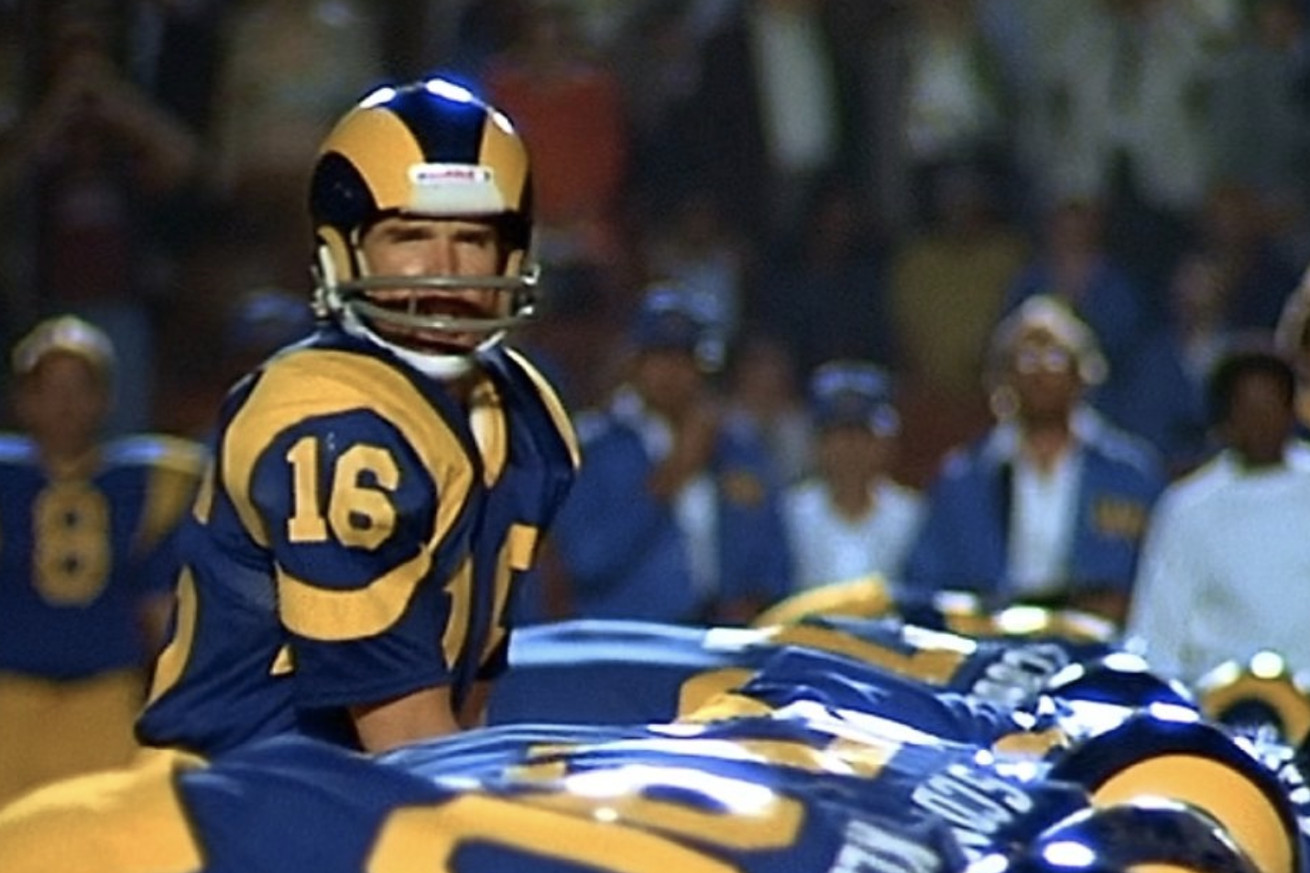 The Rams have worn their royal blue jerseys once in the Super Bowl — kind of.

As a franchise, the Rams have been to the Super Bowl three times, but this is officially the first time they’ll be wearing their famous royal blue jerseys in the big game.

They have, in fact, worn them in a Super Bowl before. Just not in an actual football game.

The Rams’ royal blue jerseys appeared in the 1978 movie Heaven Can Wait.

Super Bowl Fun Fact: The uniform the Rams will wear on Sunday has been worn in one previous Super Bowl — sort of. It was worn by the Rams, with Warren Beatty as QB, in the Super Bowl scenes of the 1978 movie ‘Heaven Can Wait.’ pic.twitter.com/ABmlsuD33a

There are a few funny quirks about the movie that kind of apply to this year’s Super Bowl, too.

Now, the Rams will be throwing it back to the first iteration of their jerseys for Super Bowl 53 against the Patriots — the first time that they’ll be worn in an actual Super Bowl. Not some movie from 1978 with an insanely silly plot. Don’t believe us? Just read the Wikipedia entry.