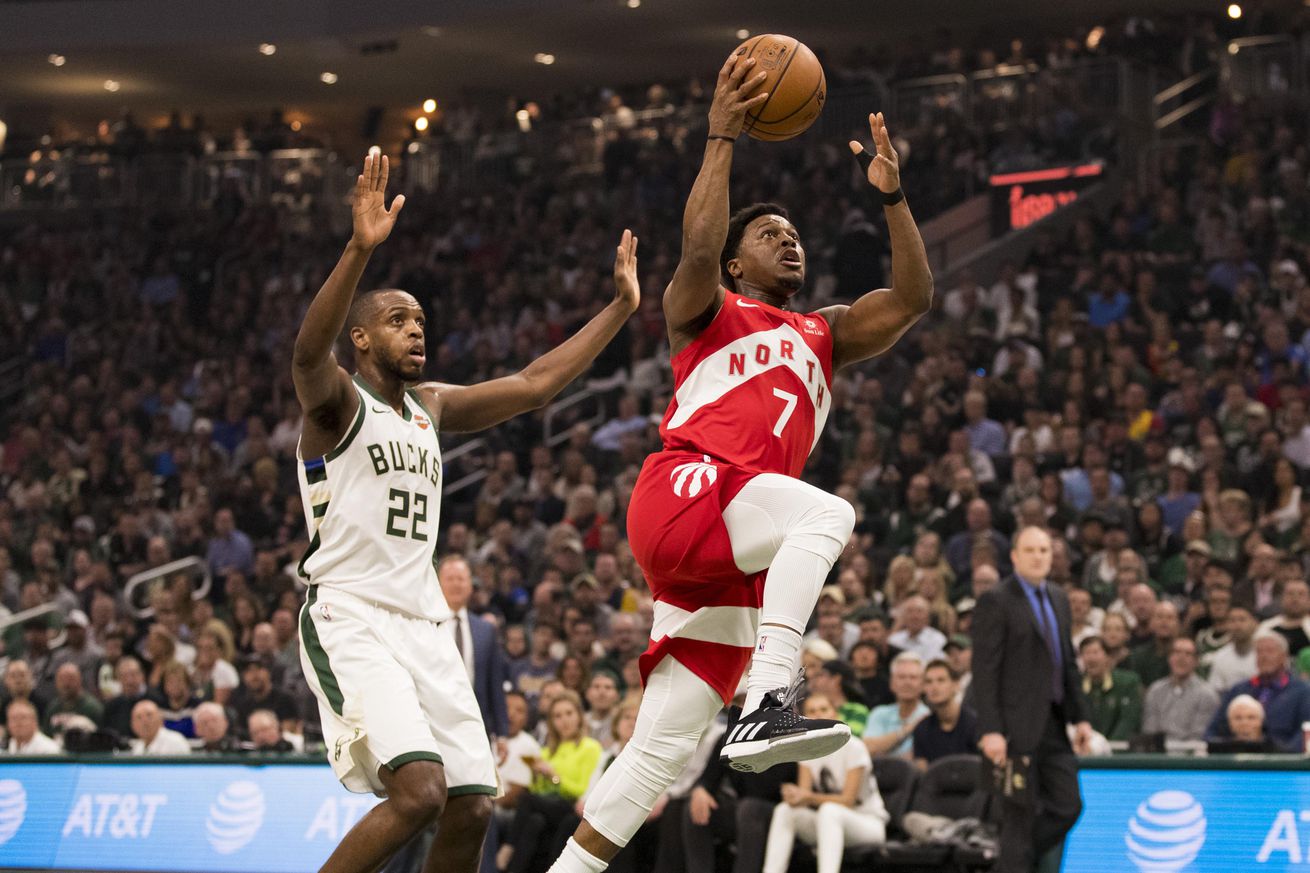 They looked dead in the water a week ago. Somehow, they’re on the brink of the Finals.

I was wrong about the Toronto Raptors. When the Eastern Conference finals left Milwaukee, I gave this series five games, tops. The Raps had their chance in Game 1 and blew it down the stretch. They were humiliated in Game 2. They were running out of guys.

Toronto’s double overtime win in Game 3 didn’t convince me. Even the Game 4 blowout for the Raps didn’t sway me. Get this series back in Milwaukee, and all those shots by Norm Powell and Fred VanVleet wouldn’t fall so easily. The Hubie Brown axiom that role players play better at home may be more myth than reality, but that’s how this series was shaping up.

Goes to show you don’t ever know.

What Toronto did to Milwaukee in Game 5 was beyond the scope of what I thought this team was capable of accomplishing. It’s not that I don’t have tremendous respect and appreciation for what the Raptors have done this season, but come on. The Bucks had lost only one game at home during the playoffs and they had never lost three straight this season. Until now.

What Game 5 proved is that the Raptors have far more in reserve than we’ve been led to believe. They took the initial Bucks punch — an 18-4 haymaker right from the opening tip — and wiped it out by the early stages of the second quarter. They took the second Bucks punch — a 10-0 uppercut at the start of the third quarter — and were within three by the end of the third.

The stretch run was fantastic, high-stakes basketball. Each time the Bucks made a move, the Raps had a counter. Toronto won the 50-50 balls and controlled the offensive glass. The Raptors formed a wall to deny Giannis Antetokounmpo before he even got to the rim, and defended every inch of the court.

The Bucks will be kicking themselves for how this game got away from them, but road games aren’t won in the playoffs because someone handed them to you. They have to be earned, and the Raptors took the game and the series by the throat. They were tougher, they were grittier, and they were savvier.

VanVleet was magnificent throughout the contest, making one clutch shot after another. Individual game plus-minus is fluky as hell, but it shouldn’t be possible to be Plus-28 in a six-point game. He was so good that the ongoing shooting woes of Danny Green and Marc Gasol (a combined 1-for-9) were barely a concern.

Kyle Lowry was sublime, as he’s been throughout this series. Look beyond the 4-for-11 shooting and focus instead on the seven rebounds, six assists, and only one turnover. This game was decided by pace. When the Bucks were running, the Raptors could do little to slow their transition game. When it was in the halfcourt, the game was Toronto’s. Controlling pace is Lowry’s primary responsibility and he handled it beautifully.

Nick Nurse’s decision to have Leonard check Antetokounmpo at the start of Game 3 has been the coaching move of the series. With Leonard in front of him, Antetokounmpo has appeared tentative and unsure at times. Not every time, but enough to gum up Milwaukee’s 5-out spread offense.

If that was Leonard’s only contribution, it would have been valiant, but not nearly enough. The Raps needed Leonard to take over and he did, scoring 15 of his 35 points in the fourth quarter. All season long, the Raps have been derided for their give the ball to Leonard and get out of the way style, but it was necessary and it worked.

Every game has seemed like a referendum on where Leonard will play next season, but at this point, who cares? He was brought to Toronto to give the Raptors a chance at breaking through in the East, and he has them one game away from the Finals with a chance to clinch it on their home floor. Regardless of what happens, Masai Ujiri’s bold gamble has been well worth the price.

LeBron James’ Cavaliers even for the first four games and were wiped out in the next two.

They seem to play The Biggest Game in Franchise History every other day, but this time it truly will be with a chance to go to the Finals. Momentum is a precarious thing in this series, but they may never have a better chance than Game 6.

The setting reminds me of another Game 6, when LeBron’s Heat had their backs to the wall facing an elimination game in Boston in 2012. That night, LeBron went supernova and silenced the Garden.

That will be Antetokounmpo’s task on Saturday, and it’s worth wondering if he has that kind of game in him at this stage of his career.

When we first left Milwaukee, Antetokounmpo and the Bucks seemed destined for the Finals. Leonard and the Raptors have chipped away at his inevitability, one possession at a time. It’s all there for them. Apologies for having doubted their resilience.