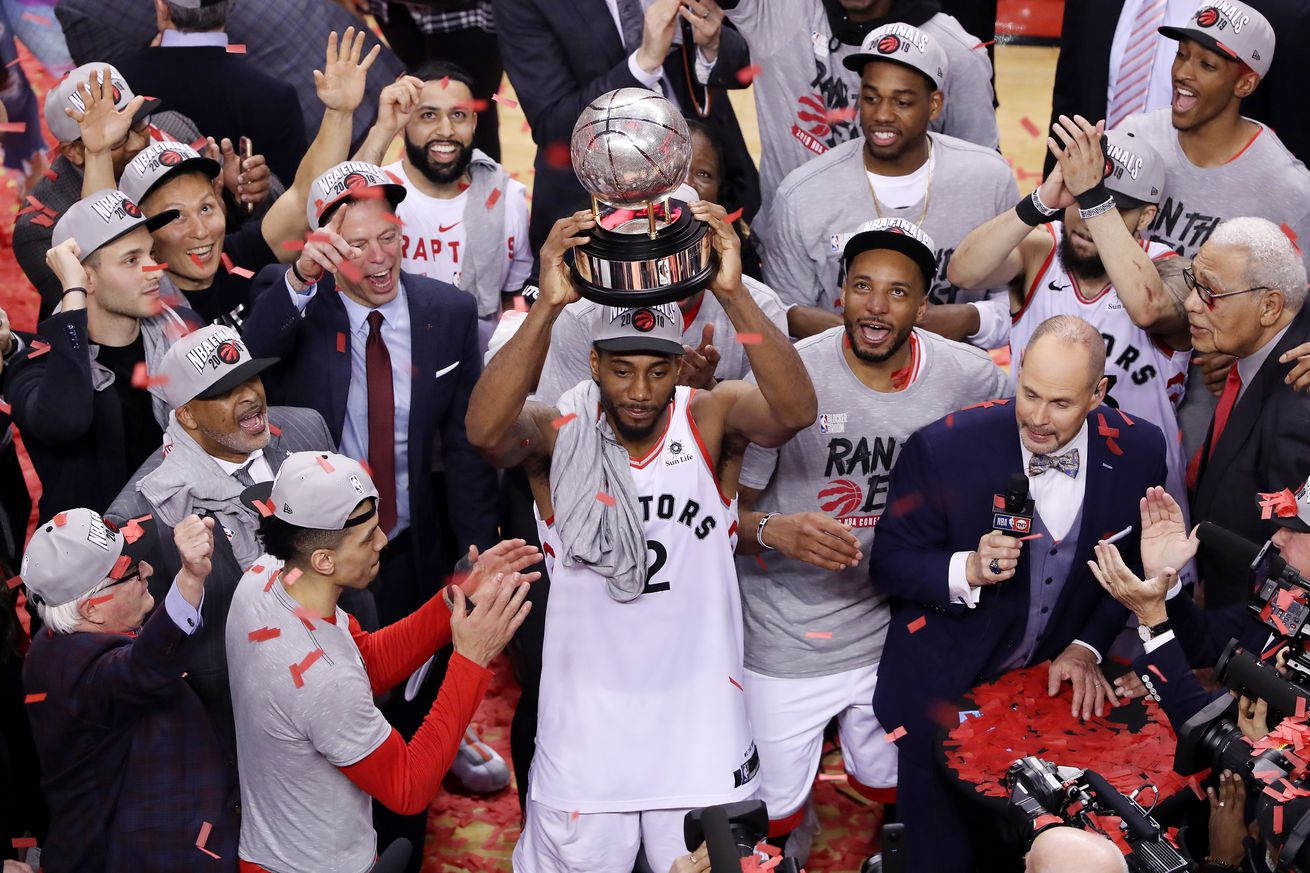 One of the toughest trades in this franchise’s history has finally, finally paid off.

This is why you go all-in. This is why you make the unpopular decision. The Toronto Raptors traded the face of their franchise for an injured all-world player who can leave in free agency this summer. Now, that superstar player has led them to their first NBA Finals appearance — ever.

That player is Kawhi Leonard, who thoroughly dominated the Bucks, playing on one leg ever since his team went behind, 2-0, in Game 2. Even with that injury, Leonard was still the best player in a series against a team that may have the league’s Most Valuable Player. He willed Toronto to an improbable rally and a six-game series win.

But the story of Toronto’s trip to the NBA Finals isn’t just about one player. It’s about a supporting cast that stepped up when their star, their franchise, their city needed them most.

Kyle Lowry, who took everything we thought about him in the playoffs and turned the narrative onto its head, one timely charge, made three made, or shot created for someone else at a time. Lowry was good, but so was Fred VanVleet, who may have strung together one of the best series of games he’s ever played. VanVleet was special, but so was Norman Powell, whose 19 points in Toronto’s double-overtime Game 3 win sparked this incredible Raptors’ series comeback. Powell was good, but so were Marc Gasol and Serge Ibaka, who were both brilliant after the Raptors lost the first two games of this series.

None of this was possible without Leonard, who labored on one leg to deliver one of the most remarkable six-game performances the playoffs have witnessed. He punctuated is with one absolute poster of a dunk on Antetokounmpo.

The Raptors proved they were the better team, better than the best in the East, the darling Bucks who many tabbed as the toughest challenge to the reigning champions. Now, they’ll go toe-to-toe with the Warriors with an NBA championship hanging in the balance.

Zaza Pachulia slid under his jump shot in the Western Conference Finals two years ago. Leonard will now have a chance to exact his revenge. The stakes have never been higher.

This wouldn’t have happened had Masai Ujiri never pulled the trigger on the toughest decision he’s made as president of the Toronto Raptors: trading DeMar DeRozan for Kawhi Leonard. Last summer. This is why Ujiri is endeared as one of the best at his job in this league.

The Raptors went all-in, and so many hated the decision. It has officially finally paid off. The Toronto Raptors are going to the NBA Finals. And Kawhi Leonard, the soon-to-be free agent, is supposed to leave?