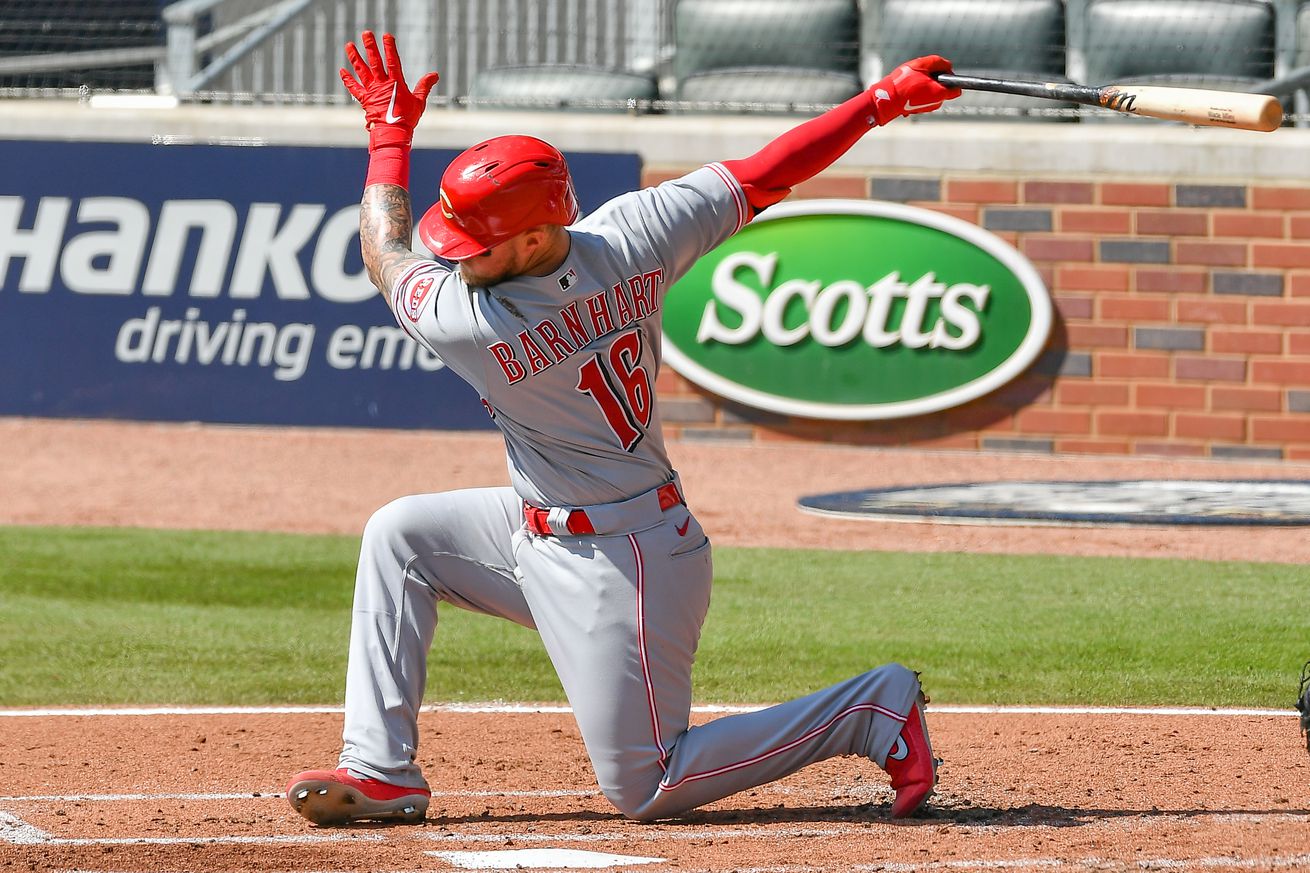 The Reds really just went 22-innings the playoffs without scoring.

The Cincinnati Reds are out of the 2020 MLB Playoffs after a historically futile offensive performance that will go down in the baseball record books for all the wrong reasons. Most notably: the Reds scored zero (0) runs across their two-game sweep to the Atlanta Braves in the NL Wild Card round, which is even more humiliating when you consider Game 1 went 13 innings.

Cincinnati had 11 hits in the series opener but couldn’t bring a runner across the plate — including runners on first and third with no outs in the first inning. Their season-ending loss to Atlanta in Game 2, 5-0, only saw four Reds hitters get on-base, with two singles and two walks.

No team has ever played as many innings as the Reds in a single postseason without scoring, breaking a record originally set by the 1921 Giants.

#Braves held Reds scoreless for all 22 innings in the series, an MLB postseason record.

For most of their brief postseason run, the Reds’ pitching staff was doing its job. Game 1 ended as a 1-0 Braves win in extra innings. Game 2 was 1-0 until the bottom of the eighth when Marcell Ozuna and Adam Duvall both homered for the Braves.

Regardless, the Reds can’t blame their pitchers or their defense for their short stay in the playoffs. This fully falls on the batting order.

The Reds had a bizarre and unique offense all season. Cincinnati hit .212 as a team all year, which was the lowest batting average in the majors. They made up for it by being No. 7 in the MLB in home runs. In general, the Reds didn’t score unless they went yard: 60 percent of their runs were scored via the long ball, which was the highest percentage in MLB.

The Reds were a trendy pick to make a surprise World Series run in the preseason. Cincinnati went 11-3 to close the regular season and punch their ticket to the postseason. Veteran slugger Joey Votto was feeling the vibe, saying “we’re a f——— nightmare” before the playoffs started.

If nothing else, the 2020 Reds made history: they’re the first team ever eliminated from a postseason series without scoring a run. It can only go up from here.