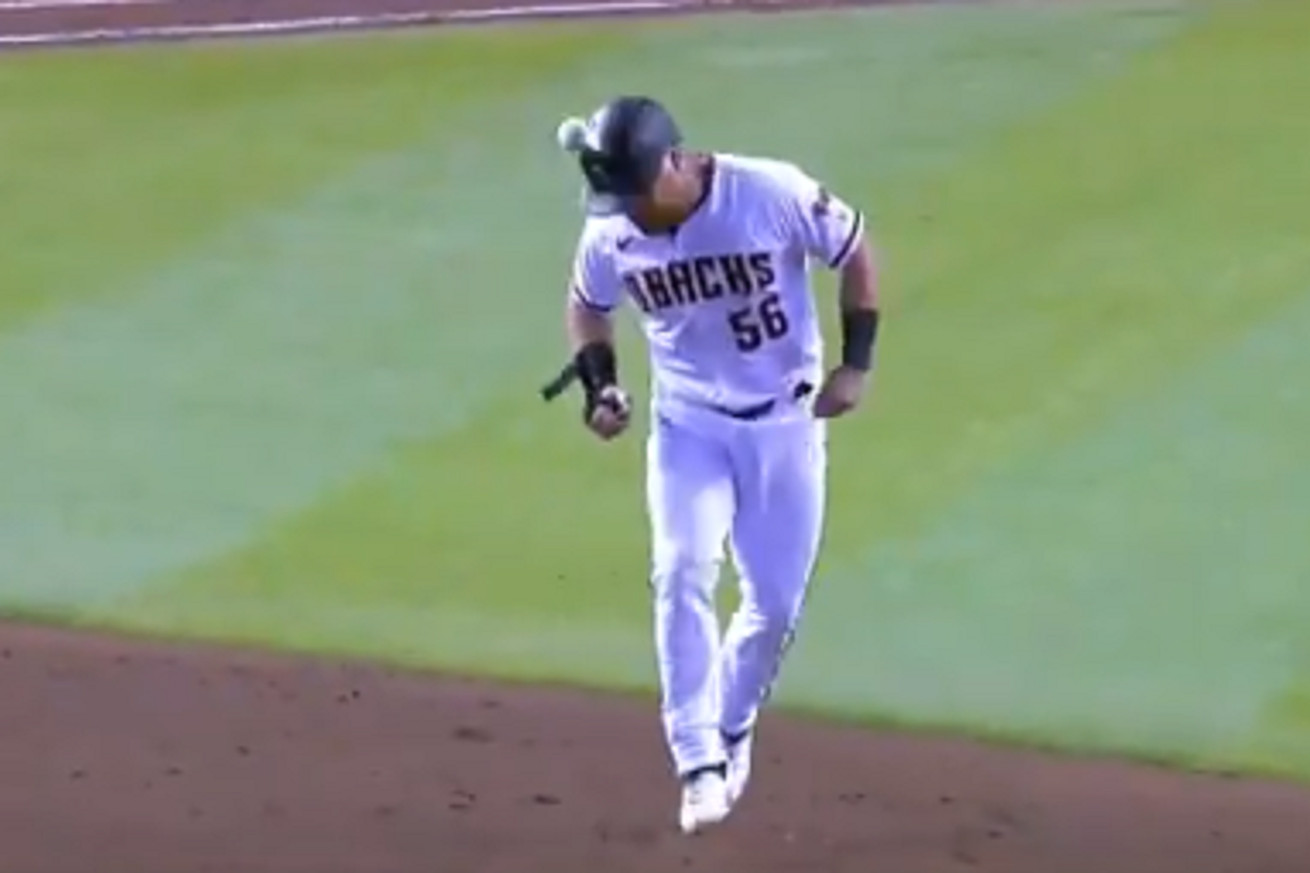 Thank you for this.

Monday night gifted us with one of the dumbest baseball plays we’ve seen in a long ass time, courtesy of the Rockies and Diamondbacks who worked together to create this.

There … there is a lot to unpack here. pic.twitter.com/PwfK50QQUK

It’s a comedy of literal errors. Raimel Tapia of the Rockies makes a routine catch off a pop up, then everything goes to hell. The throw is fumbled at first by Daniel Murphy, then Tony Wolters bobbles the ball before throwing it to second, and hitting Kole Calhoun.

Then things get even better. The umpire calls Calhoun out, because instead of simply getting hit by the ball, he intentionally moved into the ball — meaning he was out immediately. Upon closer review Calhoun not only willingly got hit by the ball, but he went for the soccer header too.

Kole Calhoun with the header off the corner kick.#GGGGOOOOAAAALLLLLLLLLLL@FIFAWorldCup | @Dbacks pic.twitter.com/rPPwAs7PHm

There’s something so inherently beautiful when two teams work together to create a work of dumb art, and I applaud the Rockies and Diamondbacks for giving us this.