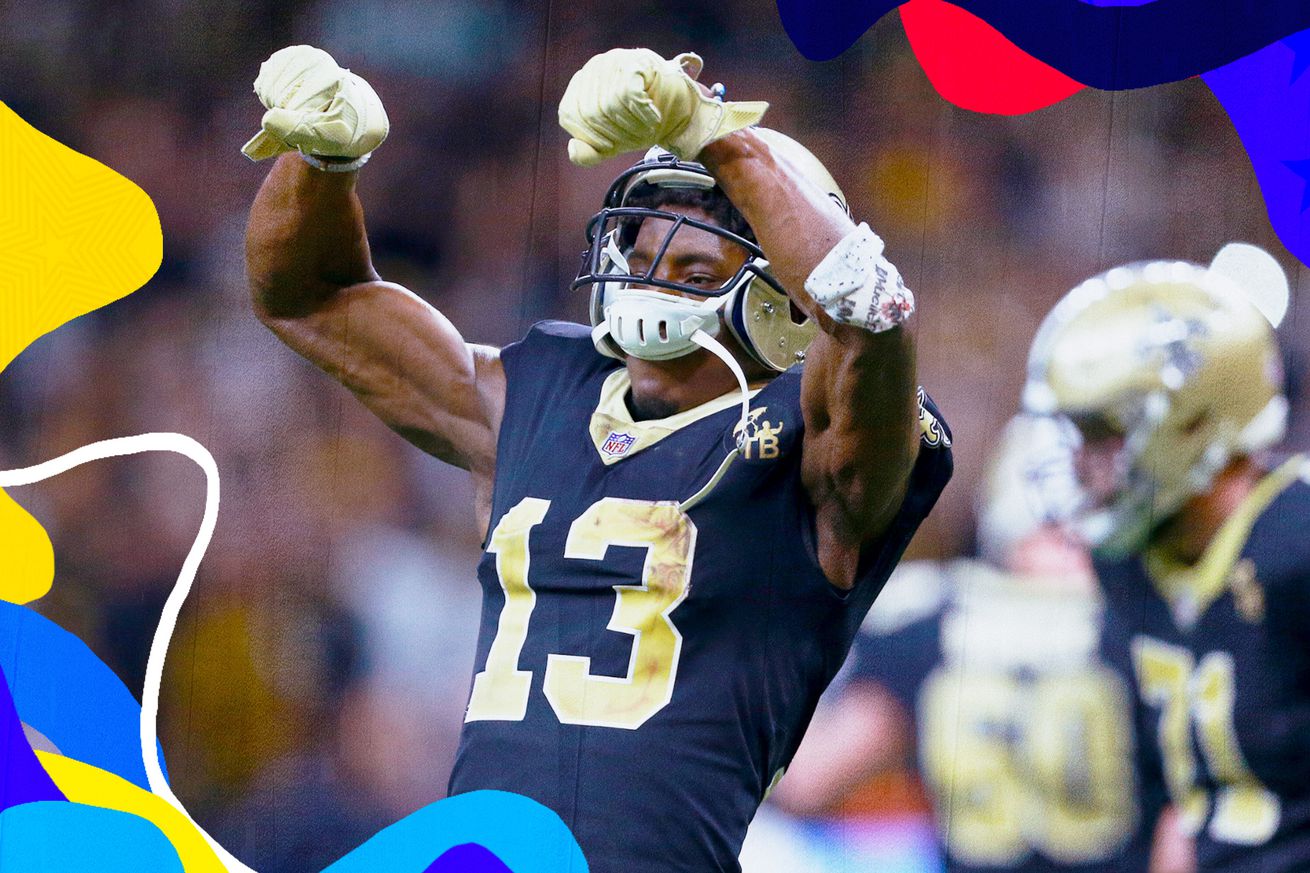 You should probably expect to see somebody doing “Bike Life” at some point during the NFC Championship.

No team produces more signature dances than the New Orleans Saints. With one more win separating the team from its first trip to the Super Bowl in nine years, Drew Brees picked the perfect time to give the Saints another one.

Brees turned 40 on Tuesday, but fortunately for the Saints, he doesn’t have a lot of time to celebrate it. Preparations for an NFC Championship against the Los Angeles Rams meant Brees’ birthday was a work day.

But his wife Brittany planned ahead with an elaborate surprise party Sunday night — just a few hours after the Saints got a 20-14 win over the Philadelphia Eagles. Among the guests was Choppa, a New Orleans-area rapper who has been a hit in the Saints locker room in 2018 and will be performing at halftime Sunday.

Brees showed off his “Beanie Weenie” dance at the 40th birthday bash, but not before first doing Teddy Bridgewater’s dance to a song that Choppa wrote just for the occasion:

The former Vikings quarterback signed with the Jets in the offseason and was traded to the Saints at the end of August.

His only significant play time of the season came in Week 17 while Brees was getting rested for the playoffs, but Bridgewater still endeared himself to his teammates with his postgame dance moves. The best was his one-legged motorcycle dance to Choppa’s “Choppa Style” that he calls “Bike Life.”

Here’s the dance’s debut after a Week 14 win over the Buccaneers:

And after a Monday Night Football win over the Panthers a week later:

Teddy got me in tears pic.twitter.com/Oh3pRgLHOC

And again after a Week 16 win over the Steelers:

Bridgewater later explained that he borrowed it from a pair of high schoolers from his alma mater:

Saints backup QB Teddy Bridgewater is set to see significant time this weekend against the Panthers.

Today I asked him the origin of his motorcycle “Choppa Style” dance move. Here it is… pic.twitter.com/Po8OwtmhKM

It made its way on to the field after a Michael Thomas touchdown in that win over the Steelers:

Michael Thomas and the @Saints are revved up @Cantguardmike pic.twitter.com/Hqnx4IJdwu

And into Brees’ living room, where his kids did it during Christmas time:

But now Brees has a dance of his own.

Brees didn’t invent the ‘Beanie Weenie’ (or even do it well), but he’s owning it

At his birthday party Sunday night, Brees did the “Beanie Weenie” which dates back to 2010.

Your quarterback ain’t got this much sauce! ‍♀️

Happy birthday to my favorite QB of all time. Blessings on blessings. #GeauxSaints #WhoDat pic.twitter.com/ST2QK8Kx9R

It’s not his first time either. Here it is in the locker room a couple months ago:

Drew Brees has the stiffest Beanie Weenie in New Orleans and I love it! #WhoDat #DrewBrees #Saints #Saintsgiving #NewOrleans pic.twitter.com/MM2voR5OCI

Six years ago, Ravens receiver Jacoby Jones — who was born and raised in New Orleans — busted out his version of the “Beanie Weenie” in Super Bowl 47:

And if the Saints can win Sunday, there’s a good chance it’ll make its return to the Super Bowl.

This is nothing new for the Saints

That was a reference to Payton showing off his dance moves in a video shot by Alvin Kamara after the Saints’ playoff win over the Panthers a year ago:

Ginn just posted from locker room. Payton was dancing was doing the Sean Payton to the Do The Sean Payton song pic.twitter.com/JItBgXiYk8

There’s also that team photo pose celebration you’ve probably seen every NFL team do. There’s some dispute about which team came up with it, but the Saints are adamant that it’s a black-and-gold original.

Two more signature dances from a pair of quarterbacks is perfectly on brand for the Saints.

The problem with having a dance all your own is that opposing players love to take them.

Here’s Antonio Brown doing it after scoring a touchdown against the Saints in December:

Allow him to reintroduce himself.

And Curtis Samuel after a 52-yard touchdown in Week 17:

Former #OhioState ⭐️ Curtis Samuel with a 53-yard TD for the Panthers vs the Saints.#Buckeyes #nflready #developedhere

The latter said he meant no disrespect by it, he just thinks it’s a “sweet dance.”

Panthers receiver Curtis Samuel on his ‘Bike life’ dance after his TD against the Saints. pic.twitter.com/WWgbSv2PTX

But don’t be surprised if you see “Bike Life” or the “Beanie Weenie” during the NFC Championship — whether it’s from the Saints or the Rams.