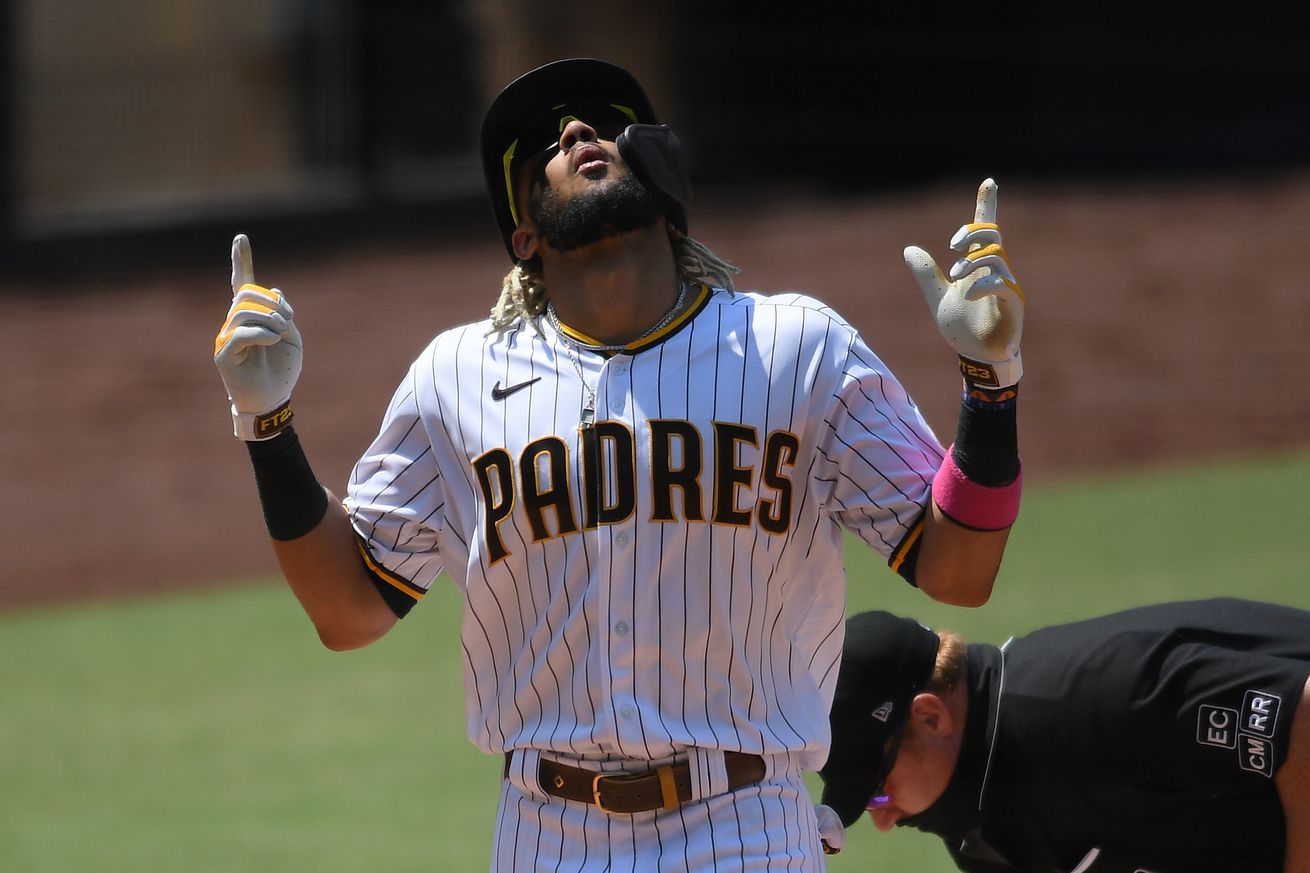 The most fun team in baseball made a flurry of moves at the MLB trade deadline, because they think they can win the World Series. They could be right!

If you haven’t been paying attention (and there hasn’t been a lot of good reason in the past couple decades to warrant it), the San Diego Padres have spent the past few years creeping toward relevance. They’ve built a team, nearly from the ground up, the way you would want and hope and expect an MLB team to do so if their name isn’t the New York Yankees or a similar “back up the Brinks truck” franchise. A major free agent signing here, a minor free agent signing there, some savvy trades and a whole bunch of solid drafting and development.

The end result, prior to this week, was the 2020 emergence of the Padres as the absolute most fun baseball team to watch, and a surprise contender to come out of the West in a short season with expanded playoffs. You have almost certainly been aware of the exploits of Fernando Tatis Jr. and his brethren who have broken the dumbest unwritten rules in the sport and demolished the baseball everywhere, rechristening the team as “Slam Diego.” You can even buy the shirt!

Manny Machado was last year’s gargantuan free agent signing for the Padres and he’s knocking the cover off the ball. Eric Hosmer was 2018’s moderately big free agent signing for the Padres and he’s mashing. The Padres attempted to trade for Mookie Betts before the Dodgers snagged him (you probably heard about that one), but Wil Myers, one of the cornerstones of that proposed trade, is still in San Diego putting up an OPS of close to 1.000. Tommy Pham and Jake Cronenworth came over in a trade from the Tampa Bay Rays.

This has been a very good, very deep team, and thanks in part to not having even reached the postseason since 2006 (playing in the same division as the Dodgers and the 2010s Giants will do that to you), they have a very, very deep farm system.

Just over halfway through this sprint of a season, the Padres are one of only seven MLB teams with more than 20 wins and are solidly in playoff position. Failing a catastrophic collapse, they were probably counting on reaching the new best-of-three Wild Card round of the postseason in a worst case scenario. (They’re also just five games behind the Dodgers, so they were likely dreaming of a best case scenario where they don’t have to play the short series.)

On Saturday, the Padres traded a prospect and a player to be named later for Trevor Rosenthal, arguably best reliever on the market and an impending free agent. The bullpen had been a weak link and Pads closer Kirby Yates suffered a season-ending injury.

On Sunday, the Padres traded one of their very top prospects, Taylor Trammell, to the Mariners for catcher Austin Nola, along with pitching prospect Andrés Muñoz, catcher Luis Torrens and infielder Ty France — who had been a solid bench contributor this season.

The catcher position had far and away been San Diego’s weak link this season, with starter Austin Hedges putting up a slash line of .158/.258/.591 and an OPS+ of 63. He’s been solid defensively, but that’s way too glaring a hole in an otherwise powerfully potent lineup. Nola, in just his second MLB season at the age of 30, looks to be a massive upgrade if he can continue his production so far in 2020. He’s batting .306/.373/.531 to the tune of a 149 OPS+.

Yes, Trammell may very well turn into a big, valuable star in coming years, but that sort of exponential upgrade in a backstop is easy to trade for, especially in a postseason where every offensive run counts. Trammell wasn’t going to make a difference in this year’s team. The Padres can afford to make this upgrade now, and they were almost certainly right to. (Please note that I have the right to reverse this opinion if Nola goes hitless for the next two months.)

(The Padres also added a second catcher, Jason Castro, from the Angels, for reliever Geraro Reyes. This was a minor deal, but added depth at the catcher position while trading away a tertiary reliever in the wake of the Rosenthal trade. Again, this all makes sense.)

The Padres further bolstered their offense by trading another two prospects for designated hitter Mitch Moreland, who is a lefty masher with discipline, and while the Padres and every other NL team thought they wouldn’t need a DH when they started building their rosters for 2020, most NL teams could desperately use one now — especially the teams eyeing a postseason berth.

And while they were stockpiling bats, the Padres didn’t forget about their rotation, either. Mike Clevinger, who had figured to be the forefront of the Cleveland Indians rotation this year, punched his own ticket out of town when he broke quarantine and earned the ire of the entire Cleveland clubhouse. Now he’s heading to the Padres, where he can start over with his teammate relationships and, his new team hopes, continue to be a top-tier starter. Hedges found his way out of San Diego on this deal, along with Josh Naylor, who had been a solid bench performer for the Padres this season, pitcher Cal Quantrill, and three minor leaguers. Outfielder Greg Allen and a player to be named later came over from Cleveland in the Clevinger trade, bringing us up to eight players in and 14 players out. That’s an acceptable ratio!

The Padres aren’t done making moves, either. They picked up a Mariners right-hander for a player to be named later and kicked the tires on Lance Lynn prior to the Clevinger deal. They also reportedly have interest in Joey Gallo, one of the few bright spots on a generally abysmal Rangers team.

There was a lot of handwringing about the deal that brought Nola in and sent Trammell away; a lot of worrying about the future of the Padres. The Padres have made it abundantly clear that they aren’t worrying about the future. They’re focusing on continuing to cultivate this lighting in a bottle that they’ve captured. The San Diego front office knows that they built a great team, and that it’s actually ahead of schedule. They know that the baseball world is talking about Fernando Tatis and Manny Machado and the San Diego Padres, and they know that they haven’t made the playoffs in 14 years and are one of seven teams who have never won a World Series.

This is a season where absolutely anything can, and has, and will happen. There are certainly 14 or 15 (or more) other teams whose fans would kill to be in a position to trade away large sections of the farm for some dynamic, everyday contributors in preparation of a postseason run.

But it’s the Padres who are doing it, because they know that this could actually be their year. And they might just pull it off.