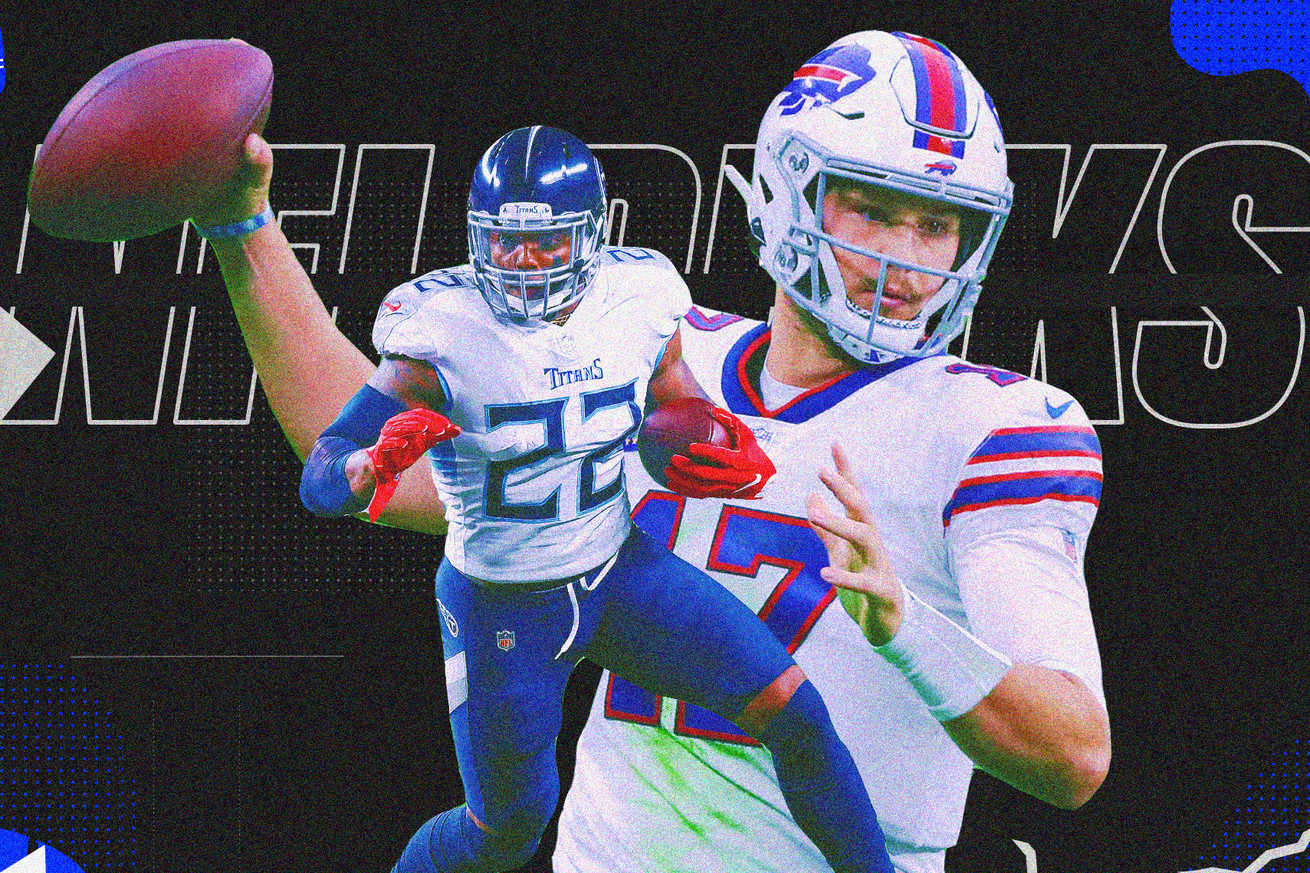 The Bills and Titans is the biggest question mark of the week.

This week in the NFL is a mixed bag of what feels like pretty safe locks, and some total crapshoots that feels near-impossible to predict. So let’s dive in.

The tough game to call this week was almost unanimous for the panel, but that doesn’t mean it’s a lock. Buffalo vs. Tennessee features two of the best teams in the AFC, but with the Titans facing a lot of questions. Still dealing with a Covid outbreak on the team, the Titans are hopeful they’ll be back to work this week and healthy for the game. That doesn’t necessarily make them an even pick, especially considering just how well the Bills are playing, but definitely makes this game warrant a little more than one two picks from the panel.

This week it also seems that much of the panel believes in the Saints, which is a little surprising considering how well the Chargers are playing. Los Angeles has kept games close, and Justin Herbert is breaking out in his rookie season. Pair this with increasing questions whether this is the year where Drew Brees has fallen off the cliff, and that makes for an interesting matchup on Monday night.

Is this the week that Atlanta finally gets a win? Hosting Carolina could be their best chance this season so far. The Panthers are starting to come together and Teddy Bridgewater is playing good football, but they’re still without Christian McCaffery and relying on a host of running backs to keep it all together. If the Falcons lose this week there’s a good chance we could see major changes to the coaching staff and front office. That will be a game to watch.

Shout of to … me. I have the worst pick-em record of the season by a sizable margin and I gotta turn this around. I’ve been a little too intentionally contrarian this season in an effort to make up the gap, and it’s bit me a little bit. This week I feel pretty safe in my choices and tried to go into it without too much thinking. In the same vein, look at our SB Nation reacts users who are beating us all. It’s been a weird NFL season so far, and every week there feels like another game nobody saw coming **cough, Browns blowing out Dallas, cough** Nonetheless, give yourselves a pat on the back, SB Nation readers — y’all are killing it.