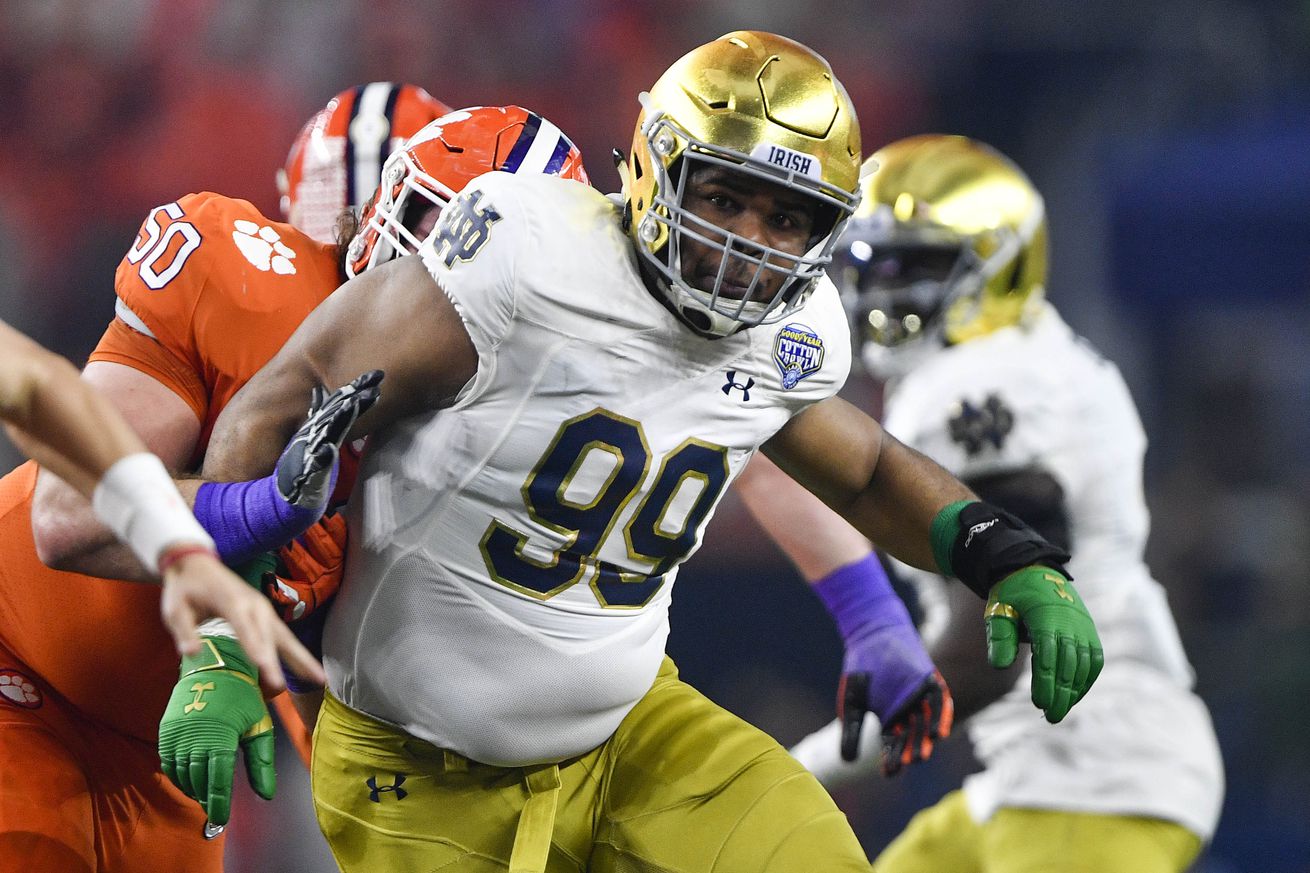 Seattle takes a defensive tackle in our mock draft, but is it the right one?

Much of this offseason for the Seattle Seahawks has been about retaining their own players. The team wisely used the franchise tag on defensive end Frank Clark. Linebackers K.J. Wright and Mychal Kendricks were re-signed, as was right guard D.J. Fluker.

These were all smart moves the Seahawks had to make because they currently only have four draft picks in the 2019 NFL Draft.

Unfortunately for Kenneth Arthur of Field Gulls in the SB Nation NFL writers’ mock draft, we don’t allow trades. That leaves him to find a starter on the defensive line. But is this the right one?

Arthur: The Seattle Seahawks drafting delegation would like to first announce and make it clear our intent to trade down and acquire more picks, just as the Seahawks will 100 percent do on draft day. Not only will Pete Carroll and John Schneider trade down, they’ll do it twice and they’ll think about doing it a third time, at least. The Seahawks only have four 2019 draft selections, and they’ll be keen to make moves that not only give them an additional Day 2 pick (Seattle has no second-rounder thanks to the acquisition of Duane Brown in 2017), but they’ll want to try and squeeze sixth- and seventh-round picks from teams that have an abundance of those.

Anyway, I can’t trade down, so the Seahawks delegation selects one of the best players available and potentially a guy who Seattle could still get if it trades down.

Thanks to the elite nature of the defensive line class this year, it’s possible the Seahawks could still land Tillery later down the board. If not, there will be other options of similar caliber. Seattle has a huge decision to make on Jarran Reed, a pending free agent in 2020 who could get $80-$90 million on the market next year if he repeats or comes close to his 10.5-sack total performance again.

Even if the Seahawks are able to extend Reed before then, they don’t have a notable force next to him yet, unless 2018 undrafted free agent Poona Ford continues to build off of his solid finish to last season. And even if that happens, more high-quality defensive linemen is not a bad thing for a Carroll defense, or any for that matter. In a dream world, they’re stacking Reed, Ford, Frank Clark, and maybe Tillery or another rookie defensive lineman on that line next year, plus Jacob Martin, Rasheem Green, Cassius Marsh, and others, to vastly improve what they had in 2019, which was pretty much just Clark and Reed. The second option would be a receiver like Hakeem Butler or Parris Campbell, but I don’t think any fans would be too upset with Tillery here. Or later, for sure.

Analysis: A defensive lineman is the smart move for the Seahawks no matter where they end up picking the draft. The only issue here is the one they’re getting. Tillery is a good player, and he provides a versatility and athleticism up front. He’s sort of what Seattle probably hoped it had in Malik McDowell. He could really improve one of the NFL’s worst run defenses.

It would just be hard for me to argue taking Tillery over Christian Wilkins of Clemson. They’re different players, sure. But Wilkins is a superb talent, capable of playing the run and getting into the backfield. Clemson even played him some at end, so he can move around. It’s understandably why Jeffery Simmons of Mississippi State and Dexter Lawrence of Clemson get passed over. Wilkins is just in a different class of prospect.

The best remaining is starting to fill up with defensive tackles. Check back in starting tomorrow at 11 a.m. ET to see if one of them comes off the top remaining players list. Pick No. 22 will be here with Kyle Barber of Baltimore Beatdown making the Ravens’ pick.