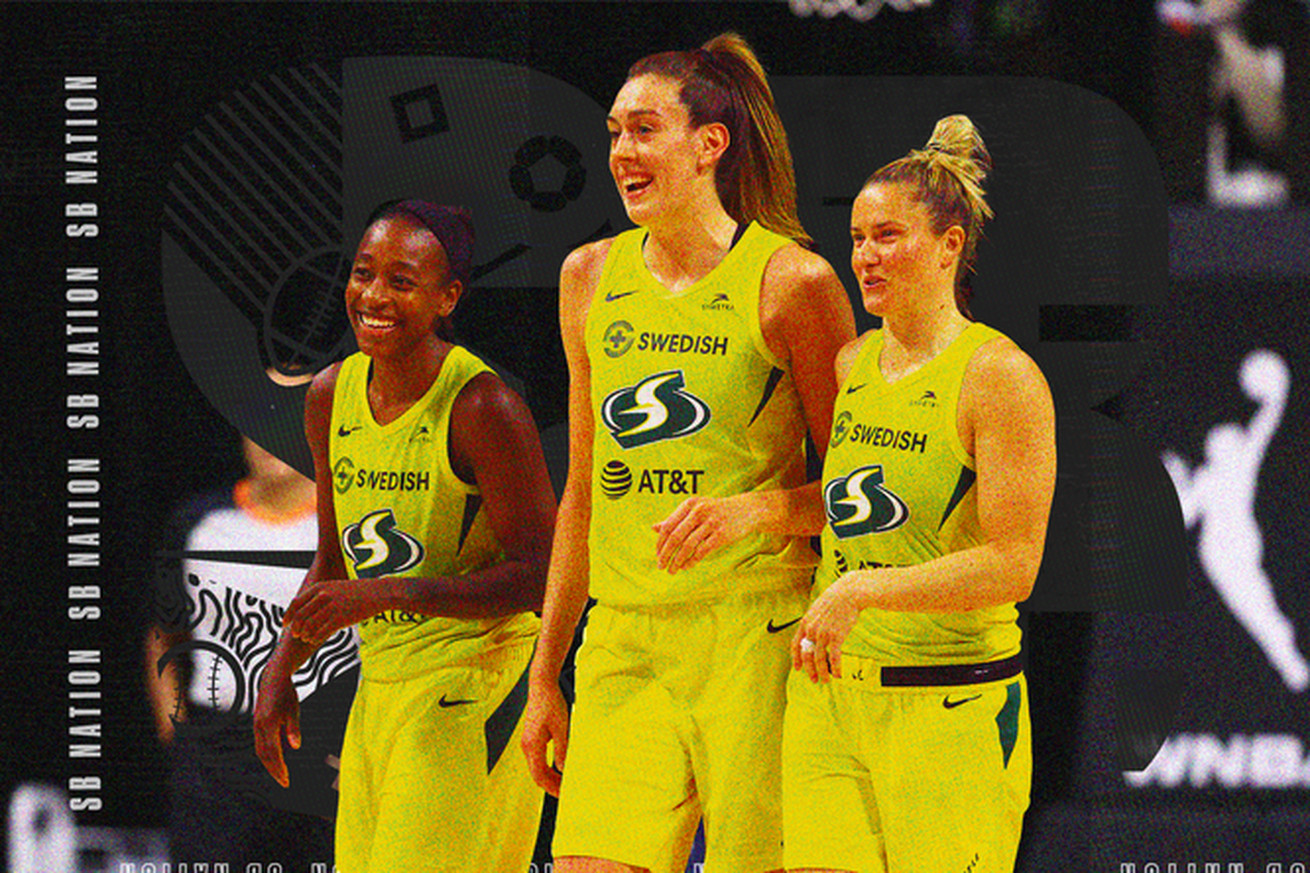 This was a strange season in the WNBA, but no one will say the end result was a fluke. The Storm were just that good.

So many WNBA teams had to deal with a serious loss of star-power as the league relocated to IMG Academy for a truncated season in a bubble amid the coronavirus pandemic. The defending champion Washington Mystics saw reigning MVP Elena Delle Donne opt-out over health concerns, as did teammates Natasha Cloud and LaToya Sanders. Las Vegas Aces superstar center Liz Cambage also opted out, and scoring guard Kelsey Plum was lost to a torn Achilles. The Connecticut Sun’s emergent big Jonquel Jones and Los Angeles Sparks guard Kristi Toliver were among the other stars who chose not to come to the ‘wubble,’ as it’s been affectionately called.

Meanwhile, the Seattle Storm were getting all of their stars back.

The Storm won the WNBA championship in 2018 only to see their co-faces of the franchise both suffer year-ending injuries. Breanna Stewart tore her Achilles in Euroleague immediately following her MVP campaign with Seattle. Veteran point guard Sue Bird was also ruled out for the year after undergoing knee surgery. The Storm still had a successful season in 2019 by most standards — they finished above .500 (18-16) and even won their first round playoff game — but they were always setting up for a bigger comeback in 2020.

The Storm didn’t just live up to the hype under the bizarre, straining circumstances of the wubble — they smashed through it. Seattle goes down as champions once again after a 92-59 victory over the Aces on Tuesday night to sweep their best-of-5 Finals series. While the end result wasn’t particularly shocking, the thoroughly convincing fashion in how the Storm did it was.

You have to start with Stewart and Bird when talking about the Storm.

Stewart didn’t win regular season MVP — she finished runner-up to Vegas’ A’ja Wilson — but she didn’t need the individual hardware to prove she’s the best player alive. Stewart’s versatility is unprecedented for a player her size. At 6’4 with a ridiculous 7’1 wingspan, Stewart has the total package of size plus perimeter skill. She’s remarkably smooth as a scorer, effortlessly getting buckets from all three levels. For as good as Stewart was in the regular season, she was comically great in the Finals, finishing with 37 points in Game 1, 22 points in Game 2, and 26 points in Game 3 on her way to being named Finals MVP.

Still only 26 years old, Stewart is building one of the greatest resumes in the history of the sport:

A reminder: Breanna Stewart is only 26 pic.twitter.com/Qfmn75aUwl

Bird was also spectacular even as she was limited to only 11 regular season games as she battled injuries. At age 39 and in year 17 of her WNBA career, Bird finished with a 63.7 true shooting percentage, her highest ever. She also shot a 46.9 percent from three and continued to be one of the league’s best passers. If Bird was this good at age-39 after missing a full year of basketball, it feels reasonable she could keep playing at a high level for a few more years if she wanted to.

The Storm have so many other weapons. Alysha Clark hit 52.2 percent of her threes this year to lead the WNBA and also finished runner-up in Defensive Player of the Year voting. Jewell Lloyd is one of the league’s most creative scorers, and is fully entering her prime at 27 years old. Natasha Howard won Defensive Player of the Year in 2019. Jordin Canada also looks like she could be a future star.

This was a strange season in the WNBA, but no one will say the end result was a fluke. The Storm were just that good.