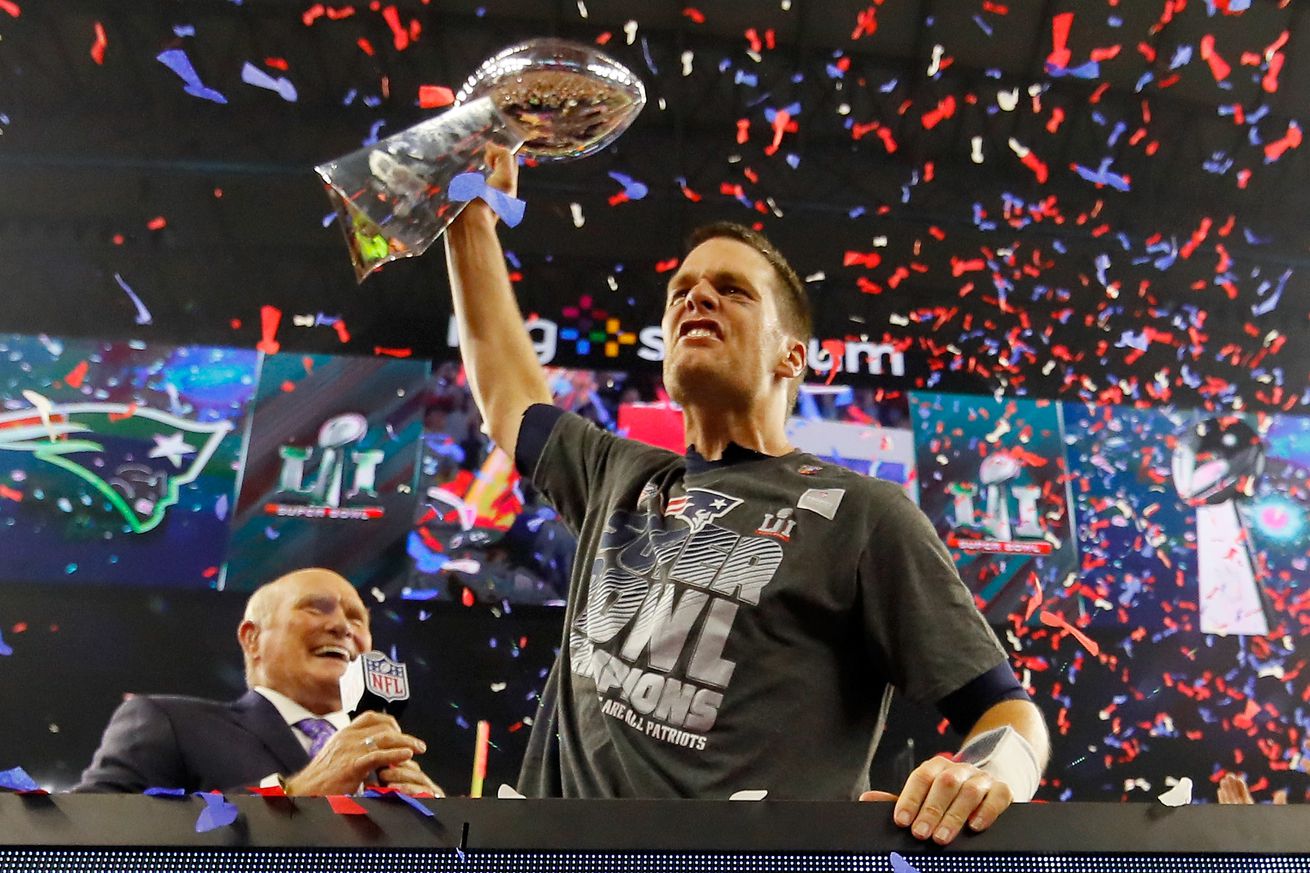 Need a new T-shirt to get yourself ready for the biggest sports day of the year? Here’s a few ideas to get you ready.

There’s nothing quite like the L.A. vs. Boston sports rivalry, especially when a major championship is on the line.

And while this is the first time the Rams have gone up against the Patriots for a Super Bowl title as LA residents — the Rams were in St. Louis when the Patriots beat them in Super Bowl 36 — the chance for each city to hold title bragging rights over the other remains the same.

Back in October, Boston one-upped L.A. with the Red Sox World Series win over the Dodgers. But now, with Sean McVay & Co. coming into Atlanta with their high-flying offense, the Rams have a chance to stop the bleeding and bring home LA’s first Super Bowl title since the Raiders won Super Bowl 18 in 1984.

But before you lock yourself onto the couch all day and enjoy Super Bowl Sunday, have you figured out what your game day attire will be yet?

If you haven’t, and you’re looking to pick some new merch before the big game, we have Patriots and Rams fans covered with a few ideas to get your Super Bowl 53 attire set.

The message is simple. And hey, it’s already been done once in the past sports calendar year, so why not again? The longtime city rivalry, which really took off with the Lakers and Celtics, then took its talents to the baseball diamond, has moved over to the gridiron for Super Bowl 53.

Here’s a few more Pats T-shirts to check out if you’re in the market for a few more items before Super Bowl 53 kicks off on Sunday.

After their 26-23 overtime win against the Saints in in New Orleans in the NFC Championship Game, Marcus Peters and Jared Goff had some words for the camera during their locker room celebration.

Now, it’s a T-shirt for Rams fans to cop leading up to Super Bowl 53.

And if you’re looking for a few more Rams T-shirts to add to your lineup before they kick off on Sunday.

With Super Bowl Week in full throttle, we’ll continue to keep you updated with new apparel and items that drop leading up to Sunday’s game.