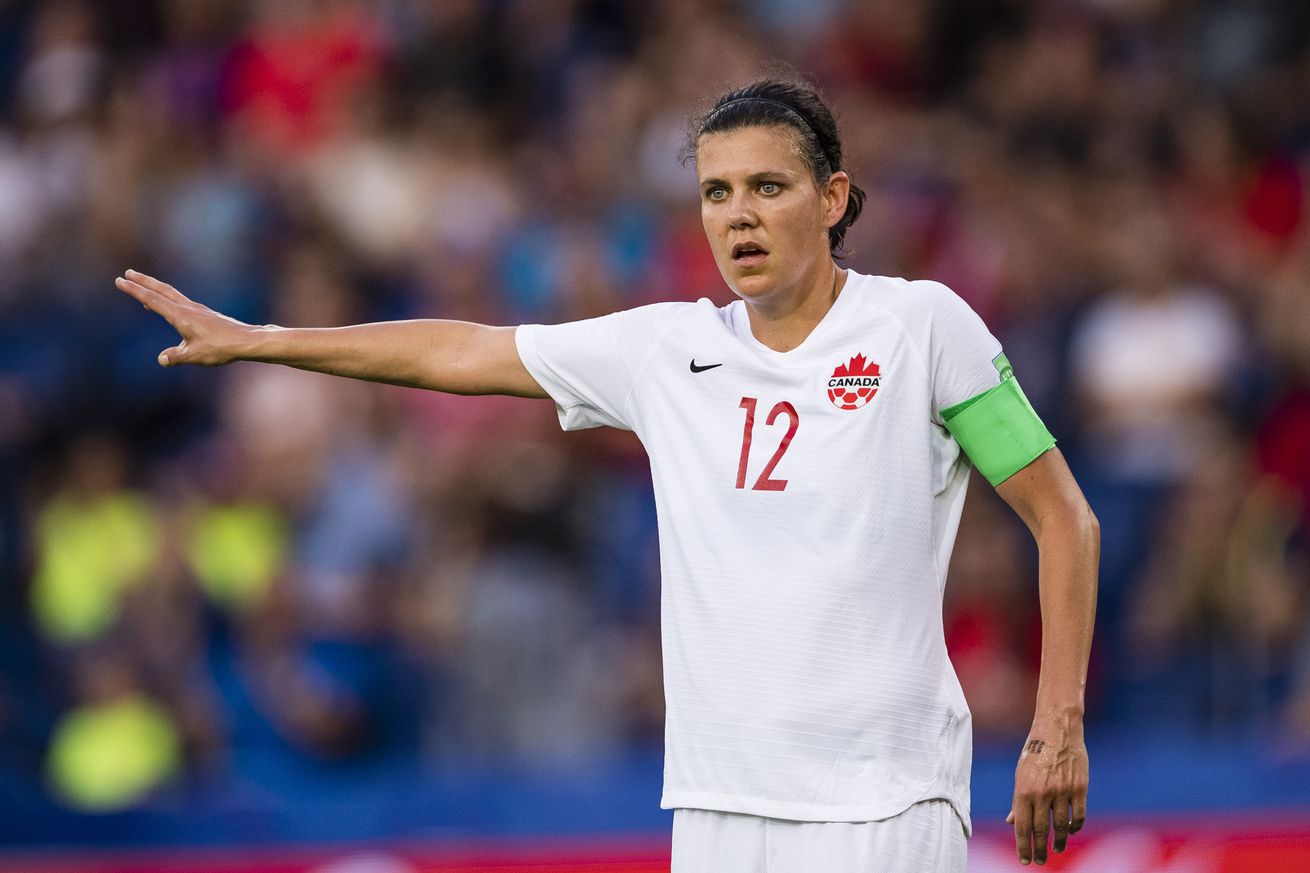 The CONCACAF women’s Olympic qualifying tournament kicks off Tuesday, and to everyone’s relief, you can actually watch it. There was no announced media rights deal until a couple days before the tournament, but you’ll now be able to catch all of the games via Fox Sports. You can find a full schedule here.

This tournament has two groups of four teams each, with the top two from each group making the semifinals. The winner of each semifinal will qualify for the Olympics. There is a final, but it’s just for bragging rights.

The United States Women’s National Team is expected to cruise through its first four matches without breaking a sweat, though they’re unwilling to hear any such analysis. The bigger story at the tournament will be Christine Sinclair chasing down history while trying to prevent Canada from falling to a couple of impressive underdog contenders.

Sinclair is about to set an unbreakable record

Just one goal separates Sinclair and Abby Wambach. Canada’s greatest-ever player sits on 183 international goals, and should pass Wambach’s all-time international scoring record of 184 during this tournament. It wouldn’t be surprising to see her do it on the first day, when Canada takes on a St. Kitts and Nevis team that is expected to be overmatched.

The chances of anyone ever challenging Sinclair’s record are almost zero. She played in an era where CONCACAF opposition was poor, and in several years when she had no professional opportunities and Canada played 20-plus international matches as a result. The next Christine Sinclair — if such a person could possibly exist — will spend more time with her club and face better international opponents.

so I recommend reading Katelyn Best’s profile of Sinclair from just before the World Cup.

The USWNT should cruise through to the Olympics

You should be familiar with the USWNT roster for this tournament. Eighteen World Cup players return, with midfielder Andi Sullivan and attacker Lynn Williams being the only fresh faces, and both have extensive national team experience. Alex Morgan will miss out due to pregnancy and Tierna Davidson is injured, while Mallory Pugh, Allie Long and Morgan Brian were cut.

If you’re worried about the USWNT taking this lightly, you shouldn’t be. This current group has developed a mentality of treating every opponent the same until they’re up by several goals. But you, reader, do not need to trick yourself into thinking an inferior opponent poses a serious threat. The Americans are better than all of their opponents by several orders of magnitude, and regularly defeat CONCACAF opposition by multiple goals even when playing poorly. The USWNT should top its group and win its semifinal to qualify without ever being seriously threatened.

Mexico vs. Jamaica will be a nailbiter right out of the gate

The group stage’s must-watch match is on Wednesday, when two underdogs with the best chance to upset one of the U.S. or Canada square off against each other. If they want a shot at finishing on top of the group and avoiding a do-or-die match against the USWNT, one of Mexico or Jamaica will have to take all three points off the other.

The two teams didn’t meet in World Cup qualifying, where Mexico was eliminated by Panama and Jamaica subsequently qualified for the World Cup. These teams last met at the Pan-American Games, where Mexico won, 2-0, but the Reggae Girls did not have their first choice team available.

Most notably absent was Khadija “Bunny” Shaw, one of the best players in the world. She has nine goals in 13 appearances in her debut pro season for Bordeaux, and has 40 goals in just 27 caps for her country. While Shaw usually plays forward for Bordeaux, expect her to play as an attacking midfielder for Jamaica so she can see more of the ball.

Japan and Brazil, both 4-0. Canada rebounded with a win over New Zealand, but drew Haiti, 1-1, in a warmup match.

The Canadians do not suffer from a lack of talent. The lineup around Sinclair features star players for NWSL and big European teams. Jessie Fleming, had she declared for the NWSL draft, would have been in contention to be the No. 1 pick. There’s no excuse for them failing to pick up nine points from their group, even if Jamaica and Mexico are rapidly improving.

But if Haiti can avoid defeat against Canada, so can Mexico or Jamaica. Shaw is arguably better than anyone on Canada’s squad at the moment, and Mexico has a handful of players capable of outplaying Canada on their best days. The Canadians might not have much trouble against St. Kitts and Nevis, but they’ll be in for a fight in their last two group stage matches.