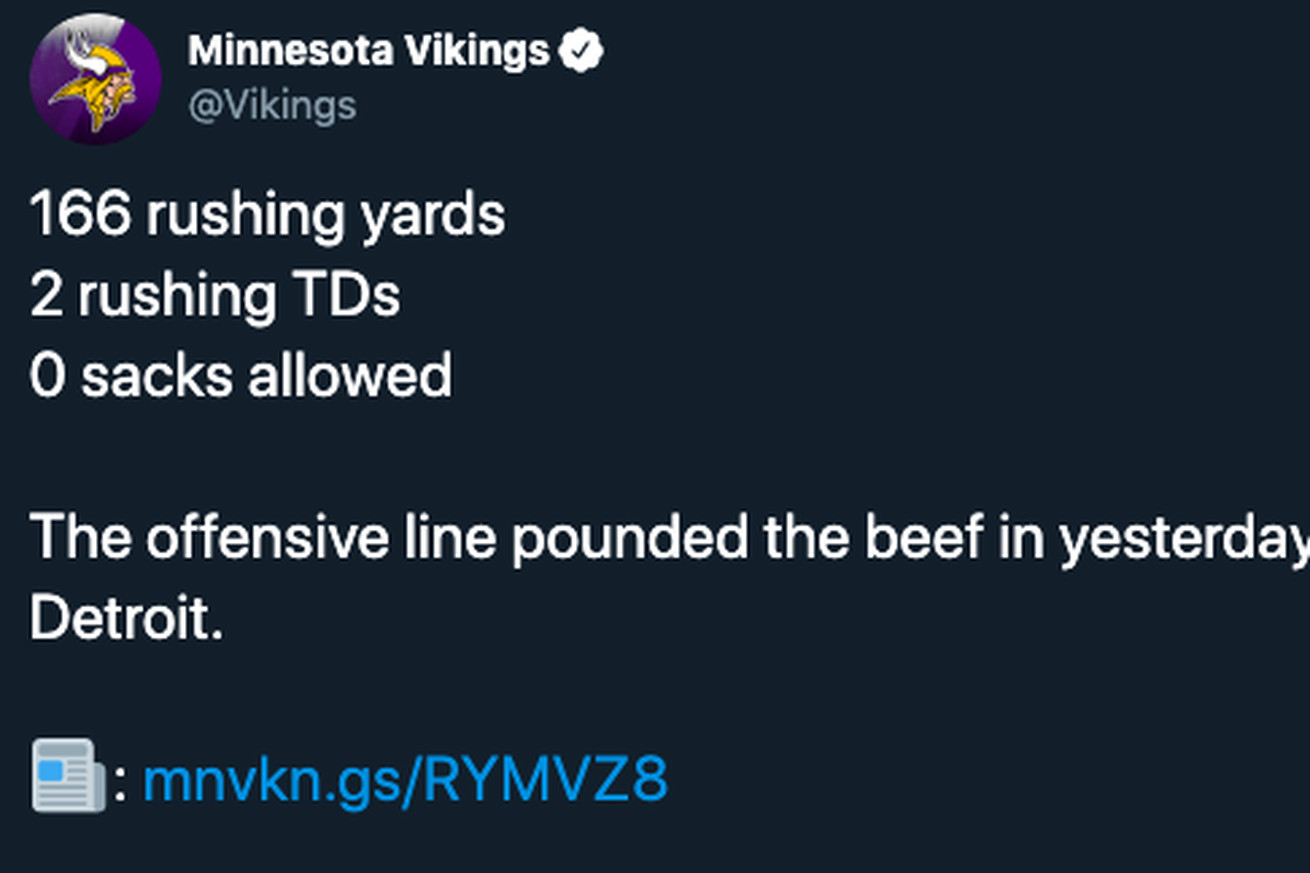 The Vikings are the NFL leaders in beef pounding. We know this because they told us so.

The offensive line pounded the beef in yesterday’s win in Detroit.

This is all I want from NFL team accounts. Tell me how effectively you pounded the beef and I will click the link to your team page based on the efficacy of said beef pounding. That said, I need the Vikings to change it up. Give me a little bit of the razzle dazzle — so in that vein here are 12 helpful phrases I’d like to see them use in future tweets.

These are things I want to see every single week from the Vikings and I believe in them enough they can do it.