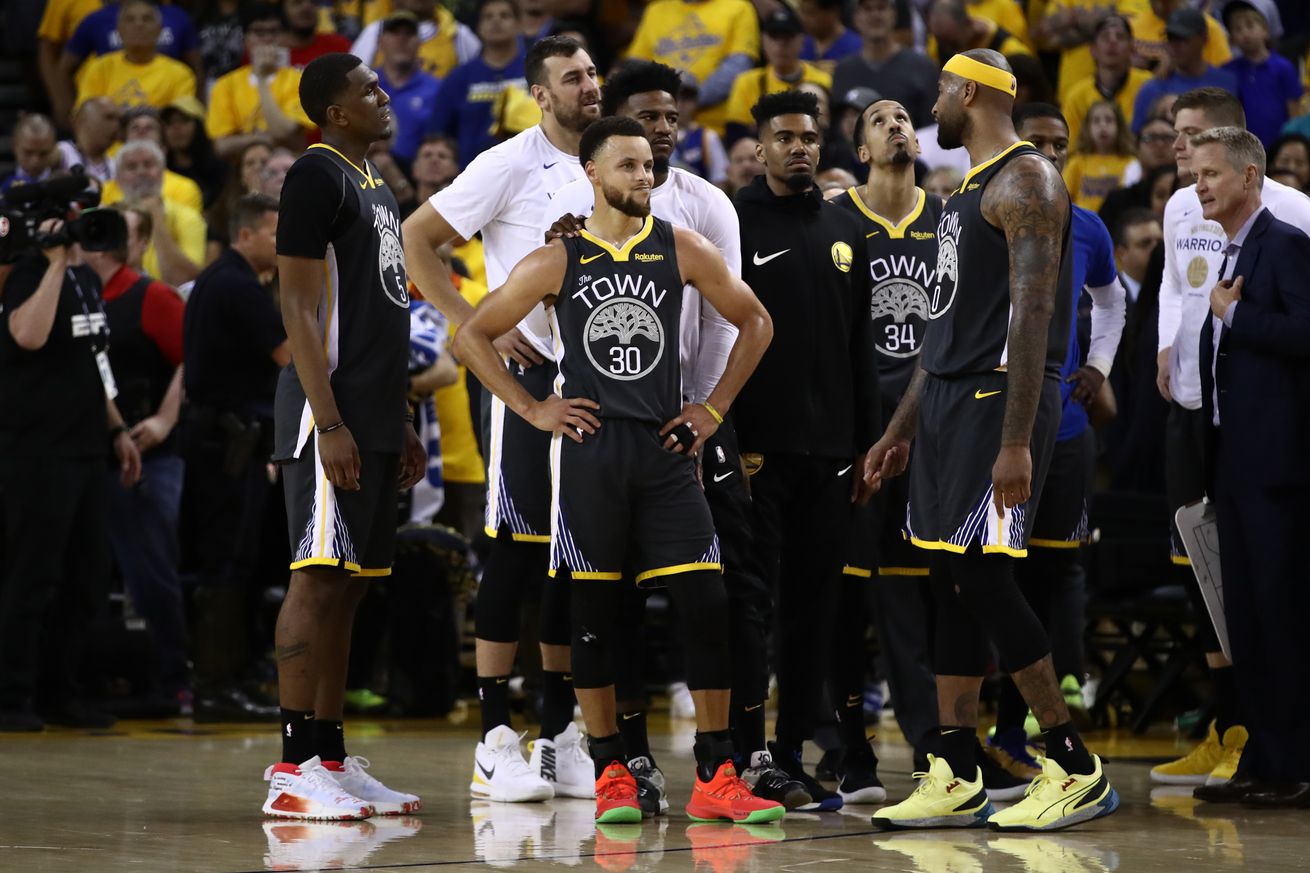 The 2019 NBA Finals ended just as cruel as it played, with an entirely anti-climactic finish in what could have been one of the most memorable moments in NBA history. After Kevin Durant tore his Achilles in Game 5 and Klay Thompson suffered a serious knee injury in Game 6, the Warriors had the Raptors right where they wanted — down just one point with 9.6 seconds to play and the ball. In front of a home crowd in their final viewing at Oracle Arena, Steph Curry caught the ball from deep and launched a three-pointer look that could only have been scripted better by Shonda Rhimes.

Instead, it was as if ‘Game of Thrones’ co-writers David Benioff and D.B. Weiss got wind of what was to happen as Curry’s shot ricocheted off the back of the rim after an errant pass from Andre Iguodala sent Draymond Green diving towards the sidelines. The play was broken from the very beginning.

I don’t know about this, man. There was too much time left, down by only one, to try a Brad Stevens weakside lob play pic.twitter.com/fDC0oVfbdL

This set was reminiscent to one popularized by Brad Stevens, who ran a play that’s known as “winner” with Butler and the Celtics. Problem was it lost.

What followed that disappointing play was a bonkers mixup so wildly confusing that few except the most trained referees understood its importance. Kyle Lowry tipped the rebound after Curry’s miss, knocking the ball out to Kawhi Leonard who then stumbled, along with Quinn Cook and DeMarcus Cousins, until Boogie held possession of the ball. Simultaneously, Cousins and Iguodala signaled for a timeout the team didn’t have left.

The Warriors had no timeouts remaining, technical foul on Golden State. #NBAFinals pic.twitter.com/OiKGuwqyju

An old loophole that saw Paul Westphal call timeout when his Suns team didn’t have one left in the 1976 Finals to receive the ball at halfcourt has since been closed. When a team with no timeouts calls one in 2019, the opposing team gets to shoot a technical foul and get the ball back. Leonard stepped to the line and knocked the foul line shot down, and then was fouled on the ensuing inbound. He sunk two more to lead by four, and that was it.

The Warriors, with so few seconds remaining, didn’t have many other options, but it sealed their fate. A gutted, battered Warriors team couldn’t execute the late-game heroics the dynasty was never supposed to need.