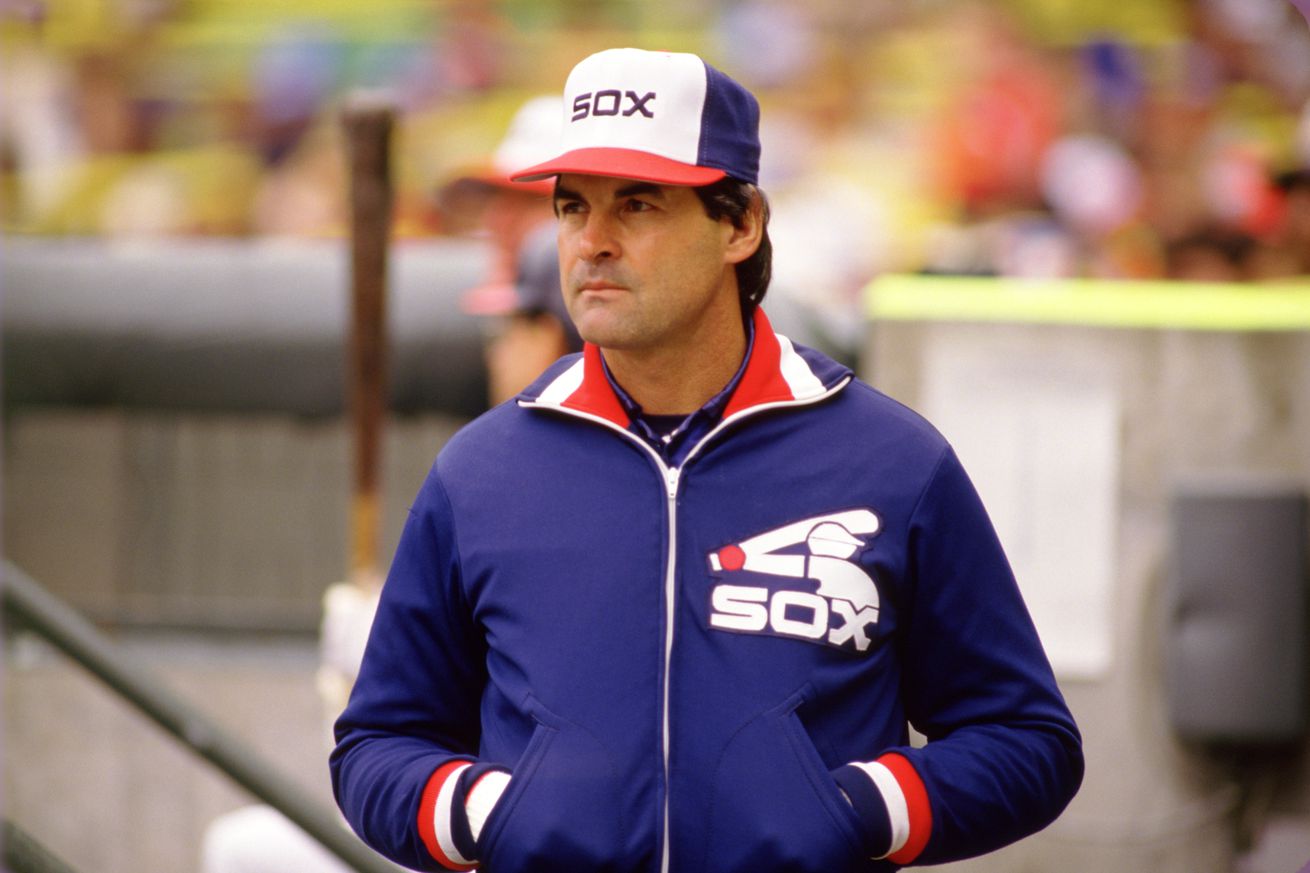 A White Sox team on the brink gave into their worst tendencies by hiring Tony La Russa.

Jerry Reinsdorf tried to hire one of his good ole’ boys to lead a young, rising team primed for the game’s modern era once before. The Chicago Bulls were looking for a new head coach months after cashing in a 1.7 percent chance to win the 2008 NBA draft lottery for the pick that would become Derrick Rose. After balking at Mike D’Antoni’s salary demands, Reinsdorf appeared to settle on a man who had held the same position for the franchise decades earlier: Doug Collins.

Just when it appeared Collins and his glacial offensive philosophies would welcome the organization’s new supercharged point guard to the league, Reinsdorf had a change of heart. It’s not that he doubted Collins was the right man for the job; instead, Reinsdorf couldn’t bear the thought of one day having to fire his friend.

“I love Doug Collins,” Reinsdorf told the Chicago Tribune at the time. “It’s not a great thing for friends to jeopardize a relationship for business. And relationships with coaches always end at some point.”

Reinsdorf’s ability to restrain himself from falling back into the comfort of his worst tendencies was perhaps the best hope for the other pro sports team he owns when rumors began circling that the White Sox were interested in 76-year-old Tony La Russa as their next manager. The similarities with Collins were undeniable: both were in charge of Reinsdorf’s teams during the 1980s, both left their franchises in ways that haunted the owner ever since, and both maintained a close friendship with Reinsdorf through the years.

This time, the nightmare scenario of the fanbase Reinsdorf feels so disconnected from actually played out. La Russa is the next manager of the White Sox after agreeing to a multi-year deal on Thursday. He immediately becomes the game’s oldest manager, and takes on his first managerial job since leading the St. Louis Cardinals to the World Series in 2011.

There was a time when bringing back La Russa would have been a cause for celebration for White Sox fans. That time passed about 25 years ago. The White Sox have one of the baseball’s most exciting teams after a long and painful rebuilding effort that went 12 seasons without making the playoffs. That pitiful streak finally ended last season as the team’s excellent young talent started to coalesce at the same time. The decision to fire incumbent manager Ricky Renteria was met with jubilation from the fan base earlier this month.

Now so much of the good will the White Sox have spent years building toward suddenly feels tarnished. There are already reports that members of the White Sox organization are concerned about La Russa’s hire. It makes sense. This is why La Russa feels like such a poor hire for Chicago’s South Siders.

The White Sox have one of the youngest and most diverse rosters in the majors. They are led by 27-year-old shortstop Tim Anderson, the AL batting champion in 2019 who nearly won it again in 2020. In addition to being among baseball’s most electric players, Anderson is also one of its strongest personalities. He bat flips after every big home run, and then defends his right to do so on social media. The joie de vivre he plays the game has made him the team’s beating heart, but it’s easy to see La Russa’s old school approach clashing with the team’s star.

La Russa is no fan of bat flips. When San Diego Padres shortstop Fernando Tatis Jr. drew the ire of baseball’s old guard for hitting an awesome grand slam on a 3-0 count earlier this season, La Russa was one of the voices critical of the young superstar:

In the past week, La Russa had conversations with friends in the game who agreed with Tatis’s actions and those who didn’t. La Russa believed Tatis was in the wrong. If Tatis took a strike, La Russa reasoned, he still would have had two pitches to hit. Swinging 3-0, in his line of thinking, was attacking at a moment when the opponent was vulnerable, more for personal reasons than needed team gain.

“It’s just not sportsmanlike,” La Russa said. “The way it was described to me was, it’s team against team. That’s what our sport is, with these very talented individuals matching up. What it isn’t, though, is an exhibition of your talents. You swing 3-0 in that game, and you’re up by seven, you’re trying to drive in more runs.”

La Russa also made troubling comments about Colin Kaepernick’s peaceful protests during the national anthem when he was a member of the San Francisco 49ers. Anderson in particular has been outspoken in the fight for racial equality. The White Sox clubhouse also includes burgeoning young stars like Eloy Jimenez and Luis Robert.

How will the players respond to a manager who once said this?

“I would tell [a player protesting the anthem to] sit inside the clubhouse,” La Russa told “The Dan LeBatard Show.” “You’re not going to be out there representing our team and our organization by disrespecting the flag. No, sir, I would not allow it. … If you want to make your statement you make it in the clubhouse, but not out there, you’re not going to show it that way publicly and disrespectfully.”

La Russa said he is not racist at his introductory press conference with the White Sox, which is not even the type of the thing that should need to be clarified.

It’s true that La Russa once handled big personalities in Rickey Henderson and Jose Canseco when he was in Oakland, but that was 25 years ago. At 76 years old, La Russa is the game’s oldest manager by half a decade over Dusty Baker. These should have been legitimate concerns the White Sox vetted inside their clubhouse before making the hire.

The fight over the use of advanced statistics in baseball ended a long time ago: those who embraced them won. Leveraging all the information available is a big reason why the Tampa Bay Rays were able to make a World Series run on one of baseball’s smallest budgets. The big market Dodgers’ front office also obviously embraced every bit of information available on their way to a championship.

La Russa doesn’t appear fully against advanced statistics — he was once on the cutting edge of baseball’s use of numbers to make decisions. But that was long ago. He still represents baseball’s old school in many ways. Here’s what he said about the use of advanced numbers in baseball in 2018:

“If you think your info is so strong that it can forecast once the game starts, on how it’s going to flow, how hitters and pitchers are going to react in game situations, then you’re foolish. It’s great stuff until the first pitch is thrown, and then what you have to do is invest in your managers and coaches.”

Perhaps La Russa won’t be an anti-analytics manager, but regardless the game he’s stepping back into next year certainly has changed since the last time he was a big league manager.

La Russa was infamous for his many pitching changes during his years with the A’s and Cardinals, something he won’t be able to do anymore. MLB now has a rule that each pitcher must face at least three batters. This was a common joke after the announcement the White Sox had hired him.

Jerry Reinsdorf is not supposed to be the person making baseball decisions for the White Sox — that’s Rick Hahn’s job. Hahn was promoted to vice president and general manager ahead of the 2013 season, with the team’s long rebuild happening under his watch.

La Russa sure doesn’t seem like a Hahn hire; it’s a Reinsdorf hire all the way. Here’s what Hahn said when the team began looking for a manager after it let go of Renteria.

“The ideal candidate is going to be someone who has experience with a championship organization in recent years,” White Sox General Manager Rick Hahn said. “Recent October experience with a championship organization would be ideal. But we’re going to keep an open mind. Over the next several weeks we’ll diligently pursue who’s on our list and go from there.”

There was no shortage of candidates who fit that description, most notably A.J. Hinch and Alex Cora, two recent World Series-winning managers who were now available after a year-long suspension from the Houston Astros cheating scandal. If the stain from that scandal was too much for the Sox, there were plenty of other rising young managerial options the team could have went with.

Reinsdorf said the hire was not based on his friendship with La Russa, but it’s hard to believe him:

White Sox chairman Jerry Reinsdorf said in a statement the hiring of Tony La Russa “is not based on friendship or on what happened years ago.” pic.twitter.com/awnOEwCiNy

It’s possible the White Sox will still be great anyway

The Sox are seen as a rising contender in the American League for a reason. There is so much young talent on this roster, headlined by Anderson, Robert, and Jimenez in the lineup and Lucas Giolito on the pitching staff. This should still be a very good team next season and beyond regardless of who they hired as manager.

What will likely matter more than the manager is who the White Sox sign in free agency. Reinsdorf has had big market Sox playing with one of baseball’s lowest payrolls over the last decade. Part of that can be chalked up to the team’s rebuild, but now the rebuild is over. If the White Sox want to contend they need to get serious about signing big money free agents. Starting pitcher Marcus Stroman and outfielder George Springer are two names who should be on their radar.

Of course, Stroman sure seems like he’s turned off by the hire of La Russa:

The Sox ranked No. 20 in payroll last season. Their payroll will be higher next year, but there should still be plenty of room in the budget for another big signing or two. Sox fans have been extremely patient through so many bad seasons. Now is the time to spend and capitalize on all the young talent they have been grooming.

Perhaps La Russa will prove the fans upset about his hiring wrong. He’s a three-time World Series champion and four-time MLB Manager of the Year. He speaks fluent Spanish. If the White Sox win with him or win in spite of him, the emotions of the fan base will certainly be overshadowed by their love of young stars like Anderson and Robert.

We don’t know how the results will play out, but this sure feels like terrible process from the White Sox. The team spent years building towards this moment when a young team was supposed to get serious about trying to compete for a championship. At such a critical juncture, the team’s out of touch owner decided to go over the head of his GM to hire his friend as manager.

When the White Sox should be looking to the future, they went back to their distant past so their owner could feel closure and conciliation for letting La Russa go back in 1986. If the partnership works out well this time around, Reinsdorf will be the only one who isn’t surprised.