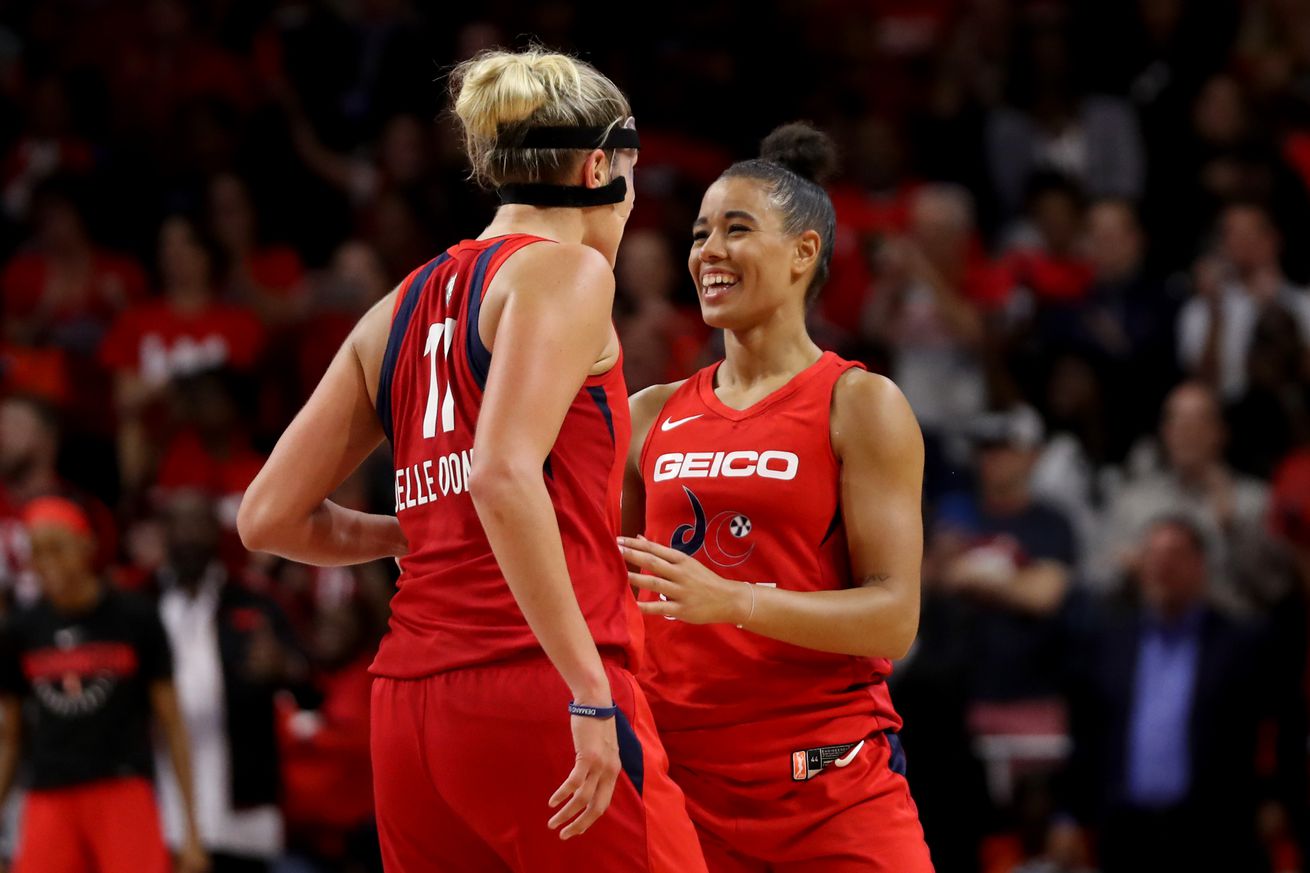 The WNBA’s new collective bargaining agreement is expected to come with substantial pay increases, upgraded travel accommodations and paid maternity leave, according to a release from the league and player’s association.

The league and its players union opted out of their current CBA agreement in November 2018 after the W’s top players used their social media platforms to voice displeasure with the league’s revenue split, paltry salaries, benefits and travel accommodations. In the new eight-year agreement, players appear to have won a lot of what they asked for.

This new CBA is a massive turning point for the WNBA, a growing league that showcases better and better play each year. Low WNBA salaries have been the biggest problem facing the league though, resulting in players turning to basketball overseas to earn more money in the offseason. The wear and tear from playing year-round has prevented players from competing at their best, to say the least (in 2019, the league took one of its worst hits when then-reigning MVP Breanna Stewart tore her Achilles playing for a Russian club weeks before the start of the season).

Here’s a rundown of changes outlined in the new CBA:

One of the biggest questions surrounding the new CBA is how much money players could actually make, and whether it would be enough to keep superstars home in the offseason. The answer is maybe, though the WNBA’s elite will profit more than its middle tier. In the 2020 CBA, players who qualify, or are designated as a “core player”, can earn $215,000, a nearly $100,000 increase from a year ago.

The “core player” designation most around the league wanted to do away with has survived in the new CBA, but its powers will shrink. The core player designation essentially works as a franchise tag, allowing teams to force players to stay put. It could have been applied up to four times on a single player, making for very little superstar movement, along with boring offseasons and trade deadlines. In the new agreement, players may only be designated three times in 2020 and 2021, and just twice by 2022 and beyond.

Teams will also have a larger pot to try and keep players from playing overseas. In previous years, teams could dole out $50,000 to any player under contract to convince them stay home and help with marketing efforts in the U.S. Under the new CBA, the league will have $1.6 million to give annually, with a $250,000 cap for a single player, per the New York Times. That’s a substantial amount of money that may convince a team’s best player to stay home in the offseason.

One of the biggest points of contention is how the league shares revenue with players. This was a major talking point for players on social media, who argued they weren’t asking for the same compensation as NBA players (who can make more than $40 million per year), but rather the same revenue split. “NBA players receive around 50 percent of shared league revenue within their league,” Las Vegas Aces guard Kelsey Plum said in 2019, “whereas we receive around 20 percent.”

Under the new CBA, players have the potential to earn a 50-50 revenue split in 2021 based on the league achieving revenue growth targets.

In the new agreement, players will continue to fly commercial, with seats upgraded from coach to economy-plus or comfort-plus. Players will also have individual hotel rooms on the road, a perk that up until now has been reserved for veterans only.

This comes after years of player frustration regarding travel accommodations. Aside from non-veterans being forced to share hotel rooms, some of the league’s tallest players were often crammed into coach plane seats too small for them, including Brittney Griner (6’8), who was expected to sit in a middle seat on her way to star in the All-Star Game last season.

Parents in the WNBA have also been vocal about how the league accommodates pregnancy and players with newborns. In the old CBA, a player could earn as little as half of her base salary for the year if she missed the season due to pregnancy or childbirth. The 2020 CBA will require full pay instead.

The new CBA will also introduce a prize pool for special competitions and tournaments, which have yet to be announced. In 2021, the pool will be $750,000. The NBA has discussed a similar in-season tournament idea to increase the stakes of regular season games. The same effect could prove true for WNBA games, but even more importantly, it serves as another way for players to get paid.

What does this all mean?

The new WNBA CBA should change the landscape of the league for the better, providing bigger payouts for its players and better personal benefits as women’s basketball strives for a point where players can have a true offseason at home. The WNBA should want to keep its best talent playing exclusively in America, where they can better market the league. The WNBA hurts when its best talent is injured or fatigued.

Now, it looks like the WNBA is providing stepping stones for long-term improvement while giving players the immediate change they need.