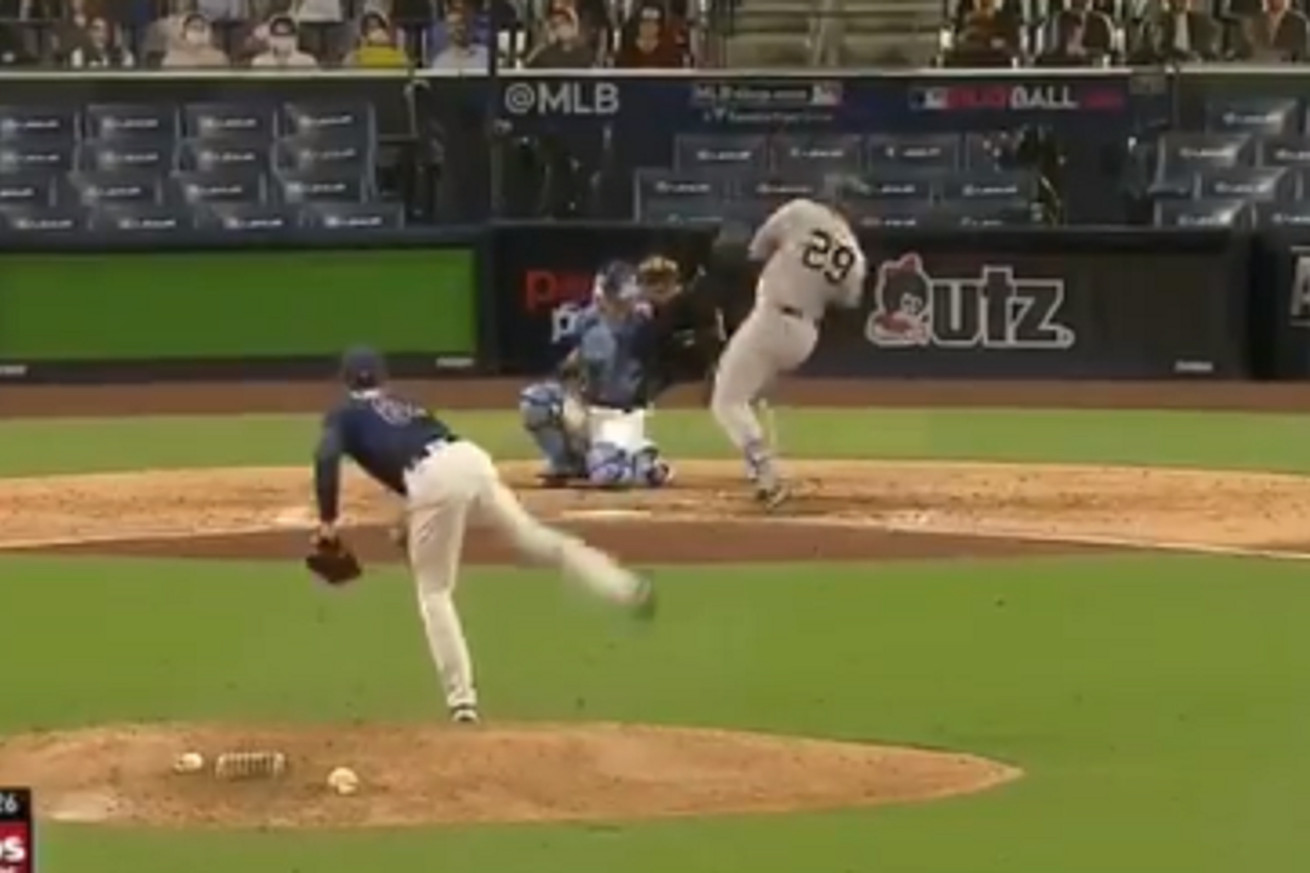 These teams are going after each other, and honestly, it’s getting a little scary.

There’s no definitive way to say the Yankees and Rays beef has escalated, but if this is a coincidence it’s a hell of a one. Last month Aroldis Champman was suspended for pitching a 101 mph fast ball at Mike Brosseau’s head, and last night things once again got heated between the teams.

In the span of one inning John Curtiss curiously lost control twice, both just so happening to cause Gio Urshela and Gleyber Torres to dodge out of the way at the last second. I’ll stop short of saying this was intentional, but yeah … it looks pretty dang intentional. Also, it warrants note that the Rays and Yankees really, really dislike each other.

Facing off in the ALDS, these teams have long standing hatred of each other. The Yankees accuse Rays pitchers of being reckless, and have been for years now. While the Rays think they warrant more respect, always getting overlooked in a division that contains the Red Sox and Yankees. Whatever the true reason this beef has been simmering, and it’s now reaching the boiling point.

Things escalated with the Chapman pitch, and the breaking point seems to have come on September 24, when the Rays mocked the Yankees after winning the AL East. Now the teams are trading barbs in the media, with Yankees manager Aaron Boone joking that his team was the underdog now, while Rays outfielder Kevin Kiermaier put the rivalry simply:

The Yankees and the Rays just don’t like each other

It’s a simple way to describe the rivalry, but it’s apt — albeit perhaps softened a little for media consumption. Whichever way you cut it, the Yankees and Rays are gunning for each other, full of bad blood and honestly, it’s getting a little scary.

Pitches like this go beyond protecting the plate. They look a lot like teams trying to send messages to one another. With the Yankees up 1-0 with a convincing 9-3 win on Monday night there’s every opportunity for this beef to get more dangerous, and it’s going to be something to watch moving forward.