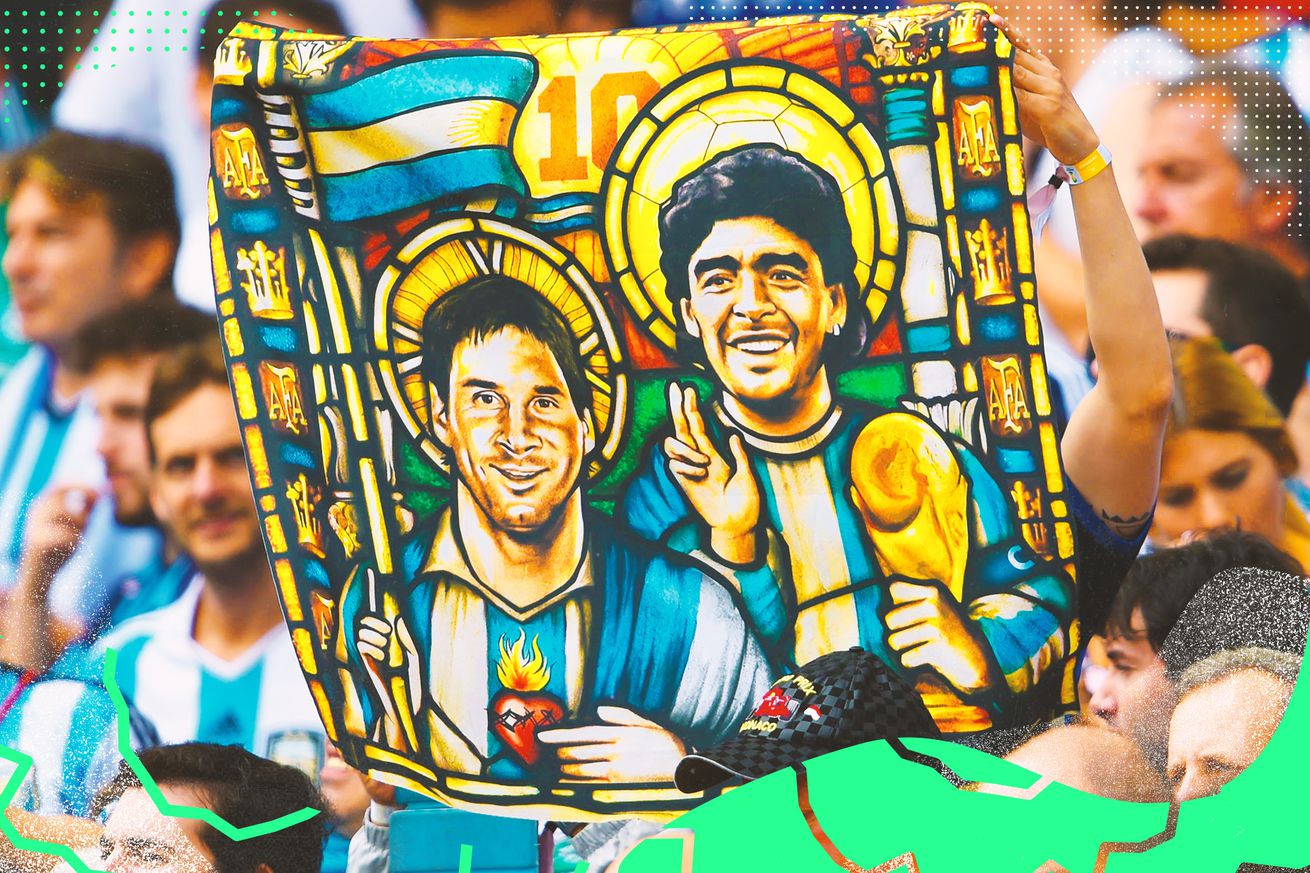 Diego Maradona has always been one of Lionel Messi’s biggest supporters, despite what fans might want you to think.

For the first time in his career, Lionel Messi will play against Napoli, which means one of the most pointless and frustrating conversations in world football will be revived: comparing Messi to Diego Maradona.

Young Messi was one in a long line of talented Argentineans who were branded as the next Maradona. As it so happened, Messi and Maradona also looked and played eerily similar. But where the other next Maradonas largely failed to live up to the comparison, Messi has become perhaps the greatest player of all time.

Messi’s accomplishments are overwhelming, but Maradona is as close to a god as any human can be to Napoli and Argentina fans, and many football fans at large. Messi has bested Maradona in all statistical categories and combined trophies, yet Maradona still has him beat in World Cup victories and the weight of his myth — a myth founded on his incredible on-field exploits, and elevated by his (sometimes tragic) persona.

Barcelona man’s biggest fault. Messi is fighting against the idea of Maradona, rather than the tangible person.

One of his most scathing opinions came in 2018. Argentina failed once again in the World Cup, and Maradona said Messi was not a leader:

”We shouldn’t deify Messi any longer. He’s Messi when he plays for Barcelona. Messi is Messi when he wears that shirt, and he’s another Messi with Argentina,” Maradona told Fox Sports. “He’s a great player but he’s not a leader. It’s useless trying to make a leader out of a man who goes to the toilet 20 times before a game.”

One’s reaction to criticisms against Messi reflects an agenda. Those who love Messi see Maradona as an old, jealous has-been. To those on the other end, Messi isn’t as great as he’s made out to be, and Maradona’s words are proof. And because the two are compared so often, Maradona has had a lot of opportunities to talk about Messi over the years.

Yet, what is constantly left out of the conversation about the two is the fact Maradona has also been one of Messi’s biggest supporters. In 2009, after Messi came second in voting for Best Player in the World, Maradona said he didn’t want Messi to be the new Maradona; he instead hoped Messi would become better:

”Messi the new Maradona? I hope so, in fact I want him to become even better than me,” Maradona said in an interview with Inter Channel. “Everyone will benefit if he does.”

When Messi was under pressure to impress in the 2010 World Cup and Maradona was the manager of Argentina, Maradona made his supposed enemy the team captain. When Messi was criticized by Argentina’s fitness coach in that same tournament and was said to be underperforming, Maradona shot back, saying: “If Messi is having a bad run then let him continue with that bad run, because I’m extremely pleased with Messi’s performances.”

When Messi announced his retirement from the national team in 2016, Maradona openly begged him to stick with Argentina, saying:

“Messi was abandoned and I don’t want to abandon him. That’s why I want to talk to him, to fight against all those who abandoned him.”

A year later, while saying he believed Messi was better than Cristiano Ronaldo, Maradona also declared that Messi not winning a World Cup shouldn’t matter to his legacy as one of the best to ever play:

”Between Cristiano Ronaldo and Messi, I choose Messi, of course! But he’s not that far from Cristiano Ronaldo,” Maradona told TyC Sports. “I do not remember having seen Lionel Messi play badly once in his career. He has always given a lot to football, even if no one can win a competition on his own and his failure at the World Cup does not change anything.”

A month before those fiery comments about Messi not being a leader in 2018, Maradona came to his defense after he retired from the national team. He not only defended Messi’s decision, but criticized detractors, like the Argentine Football Federation and Messi’s teammates, for putting too much burden on one player and failing to defend him:

“That’s why I am telling him not to come back and take all of the blame. We will mourn him because there is no other player like him, but just as Messi falls, so does the AFA,” Maradona told Infobae. “It is very easy to say that Messi is to blame, but they are going to kill the kid. And this kills me because if there are comrades who really love Messi, they should have come out and defended him, not press silence.”

Maradona loves to talk, and among his criticisms of Messi he has also shown he is as big a fan as anyone else. Even as their relationship has become distant, Maradona couldn’t resist complimenting Messi while saying he hopes Napoli wins their Champions League match:

“He must continue his career and his life knowing that he is the best football player today. I enjoyed watching Leo with Argentina in every game.”

Maradona’s support for Messi makes the manufactured conflict around the two even more tiresome. It’s not Maradona the person who is burdening Messi, but the image of him created by those who want to use the former Napoli star as an instrument against another generational superstar.

The Barcelona and Napoli match will be dominated by the idea that Messi is playing against Maradona’s legacy, which is an unfortunate reduction of the two players who are tremendous in their individual ways, and who have become immortal through football. It is a fictional clash that has little to do with their real selves as two people who, deep down, seem to admire each other more than fans and media want to admit.