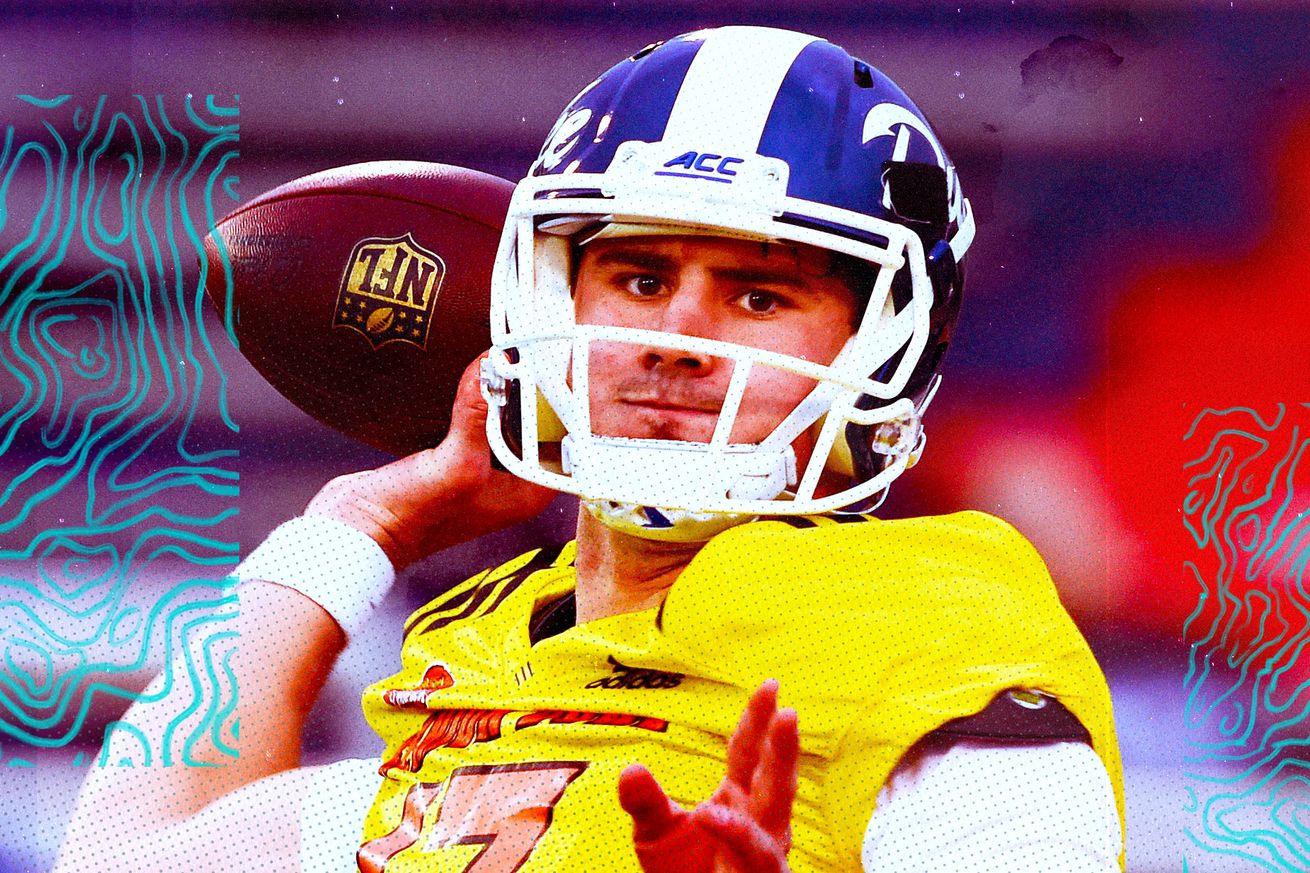 From the quarterbacks to the small-school stars, these are players to keep an eye on at the NFL Draft’s top all-star game.

The progress of two quarterbacks is the biggest storyline of this week’s Senior Bowl. Practices in Mobile, Alabama, got going on Tuesday and will continue throughout the week leading up to Saturday’s game on NFL Network.

Well, they’ll mostly continue. Practices Wednesday were moved indoors due to weather and closed to the media. Still, there will be plenty to find out about some of the best players in the 2019 NFL Draft.

Here’s what know about this week’s Senior Bowl.

QBs who could help — or hurt — themselves at the Senior Bowl

Missouri’s Drew Lock and Duke’s Daniel Jones both have the most to gain from a successful week at the Senior Bowl. If they practice well, and say all the right things in team interviews, they could vault high in the first round. If they bomb this week, that could push them into the draft’s second day entirely.

Los Angeles Rams, and the play of quarterbacks like Patrick Mahomes and Baker Mayfield.

Buffalo quarterback Tyree Jackson is another quarterback to keep in mind this week. He measured in at 6’7 and 249 pounds, so he obviously gets attention due to his size. He also may have the strongest arm of any quarterback in the draft. He was a late Senior Bowl add after Northwestern’s Clayton Thorson pulled out due to an ankle injury. Jackson is raw, but some team will love to take him on as a project.

The 4 best players at the Senior Bowl

Montez Sweat of Mississippi State has just about everything you want in a pass rusher. He measured at 6’6 and 252 pounds and has a wingspan of 84 inches. That’s a box checked. Twice. He was productive in his two years with the Bulldogs, with 29.5 tackles for loss and 22 sacks. Check. He’s a natural athlete who can hit the corner and create pressure consistently. Check.

Not only is Sweat the best player at the Senior Bowl, but at some point you have to wonder if he’s going to break into the top 10 of the draft.

There are a few standout offensive linemen to follow throughout the week. It must be said, though, that linemen can have tough weeks in Mobile. After all, how frequently are they blocking in one-on-one situations like they do during the crucial practices?

Anyway, the top blocker this week is arguably Washington State left tackle Andre Dillard. He started the week right with his weigh-in. He came in at 6’4 and 310 pounds. That matters because some thought he would come in at under 300 pounds, which teams could perceive as being too light. His arm length also hit 34 inches, which is a threshold number for some teams at offensive tackle. Yes, NFL teams are that weird, dumb, and fickle about player sizes.

The other standout blocker to know this week is Dalton Risner of Kansas State. A four-year starter, Risner will not blow people away with his athleticism or style. But more than anything, he’s an aggressive blocker who just knows how to beat a defender. He’s versatile too, and teams will look at him at just about every line spot.

At 280 pounds, there are no size concerns for Boston College end Zach Allen. He’s a really good run defender for an end, but he needs to show a quicker first step and ability to get around the edge.

The small-school players to know

Delaware safety Nasir Adderley is the top small-school player at this year’s Senior Bowl, and he’s getting some first-round buzz. Still, this may not be a great week for him. Immediately people will see his weigh-in size at 5’11 and 195 pounds and not think much of it. The Senior Bowl also isn’t the best showcase for safeties like Adderley. He’s not a safety who will star coming into the box and stopping the run. Safeties also don’t get tested much during practices. But watch out if Adderley gets to show his range and ball-tracking skills. That’s where he excels, and why he’s getting top 32 consideration.

Perhaps the most impressive physical specimen at the Senior Bowl is Stetson tight end Donald Parham. He officially measured in at a little over 6’8 and and has 36-inch arms. Imagine the jump balls. He’s only 243 pounds, so he’s kind of built like a gigantic wide receiver, but some team will love what they could turn him into as a three-down tight end. And he looks pretty natural in the the open field too.

At 6’5 and 322 pounds, Alabama State offensive tackle Tytus Howard fits right in with his large FBS counterparts. But he’s not just a size player. He has good athleticism and quick feet for a bigger player, and he could stick at tackle in the NFL. This week is all about consistency and technique for Howard, as he lines up against more difficult opponents all week.

Oh, and Howard has a decent story too. He came to Alabama State as a quarterback, before shifting to tight end and then offensive tackle. How many players can say that?

The players who could break out

Some players at the Senior Bowl played for the most prestigious teams in college football. Yet, they are being undersold going into the draft process.

The first player like this who comes to mind is Ohio State wide receiver Terry McLaurin. He had his best season in 2018 with 35 catches for 701 yards and 11 touchdowns. The touchdown number is impressive, but the rest is just kind of decent because Ohio State had a number of good receivers last season. McLaurin is a nice route runner and he’s just a little bit fast:

That’s not all of McLaurin’s value, though. He was a crucial piece of Ohio State’s special teams unit, and that carries value as a prospect. He’s the type of player who will have a long and good NFL career. He may not have a superstar No. 1 receiver kind of career, but a lot of teams could benefit from having McLaurin on their roster.

In general, sometimes the draft isn’t always about finding superstars. It can be about finding good players who fit a role. For instance, you can look at LSU tight end Foster Moreau’s 22 catches, 272 yards, and two touchdowns last season and dismiss him as a player. But he can go up and get the ball, and he has decent speed and blocking ability.

Moreau has nice value on the third day of the draft as a second tight end who can do everything pretty well.