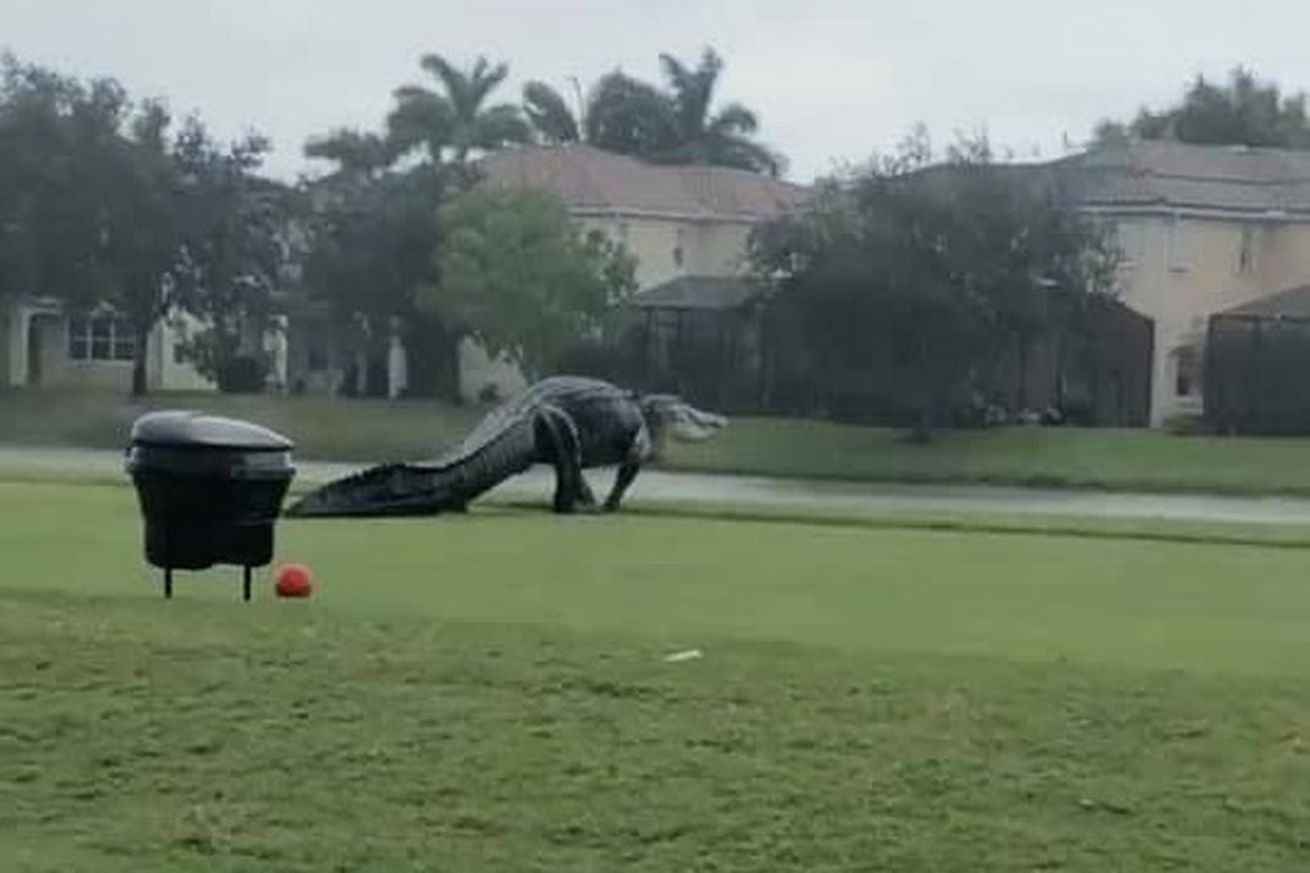 I know alligators get big, but WHAT THE HELL IS THIS THING?!

Growing up in Australia, I’m well accustomed with large carnivorous reptiles, but there’s a key difference between giant Aussie crocs and massive Florida gators: Ours don’t go chasing waterfalls, they stick to the rivers and the lakes that they’re used to. In this case “waterfalls” is replaced with golf courses.

There is something terrifying about wanting to play a round, expecting to relax and blow off a little steam — then happen across a gator the size of a Buick just chilling on the 6th green like it’s no big deal. The thing that scares me so much about gators and crocs isn’t the teeth, or the cold, dead stare, it’s how fast they are on land. It’s easier not to think about, but a motivated reptile can absolutely run faster than you on land and devour you, if it so wishes.

Thankfully they aren’t normally motivated to do this, but I just don’t like the idea that’s even a possibility. When it comes to sports we consider “dangerous,” golf normally doesn’t come up in the conversation, but when you add gators to the mix it’s definitely the scariest.