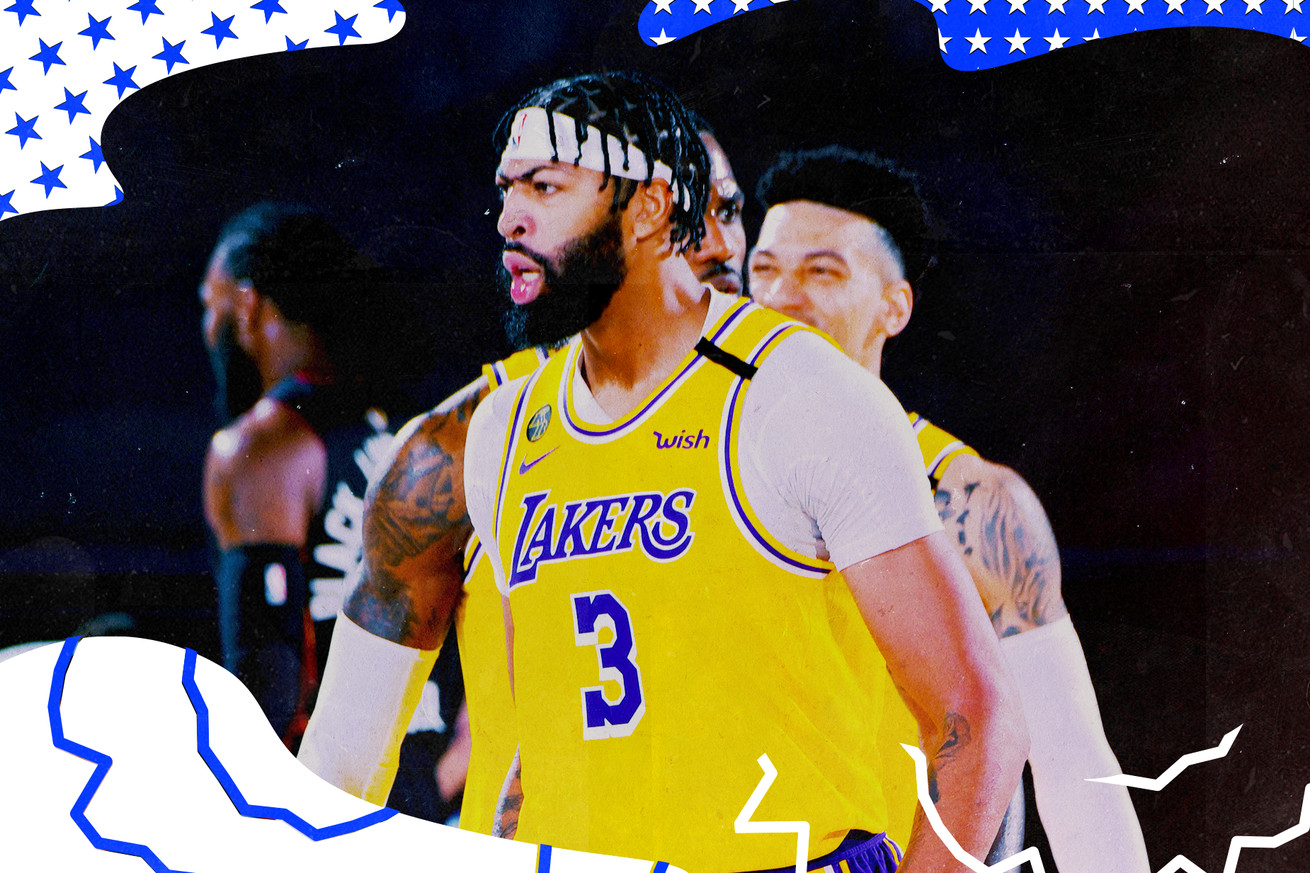 Anthony Davis needed the Lakers as much as they needed him.

The Miami Heat were up 23-10 on the Los Angeles Lakers midway through the first quarter in Game 1 of the 2020 NBA Finals when L.A. head coach Frank Vogel was forced to call a timeout. Vogel altered his lineup, pulling LeBron James and Dwight Howard off the floor, inserting Rajon Rondo and Kyle Kuzma in the lineup, and sliding Anthony Davis up to center with 5:36 left in the opening period.

By the time the first quarter was over, the Lakers had a lead that would eventually turn into a blowout victory, 116-98, to put them three wins away from a championship. It was such a thoroughly convincing evisceration that it’s hard to remember that there was ever a time when Miami looked like the team in control.

Opposing leads typically only get bigger when LeBron goes to the bench, but these Lakers have the luxury of a Plan 1B that’s more potent than any in the league: put Davis in the middle, dot the perimeter with shooters and physical defenders, and let AD serve as a wrecking ball on both ends of the court. It’s a problem without an apparent solution for the Heat, and it changes the calculus of these Finals.

Davis’ final numbers were magnificent, yet within the sphere we’ve come to expect from him: 34 points, nine rebounds, five assists, and three blocks on a ghastly 66.9 true shooting percentage. It was the type of performance the basketball world always knew Davis was capable of on the biggest stages, yet one that took eight seasons and a move to Los Angeles to finally happen.

Davis is simply too big, too fast, too skilled, and too disciplined, not just for Miami but for the entire league. Whether it’s in transition or on a spaced floor in the half court, Davis zooms to the basket and has the agility and touch to finish from any angle. He’s now fully added the three-point shot to his arsenal, hitting more triples (72) this season than he has at any other point in his career. And while Davis’ lack of rebounding has been a talking point throughout this postseason run, there are still few better at shutting down the pick-and-roll. Try to burn him to the cup and Davis has the quickness to stick with almost any ball handler. Try to shoot over him and that nearly 7’6 wingspan is there to meet you at the release point. Davis also deserves credit for feel for the game, knowing how to position himself perfectly to protect the rim and guard against the mid-range, while also staying down on any ball fakes.

We’ve seen the actualization of AD’s full scoring package throughout these playoffs. Through 16 games in the postseason, Davis is averaging 29.1 points per game with a 66.4 true shooting percentage. That level of scoring efficiency would have ranked top-15 in the league during the regular season, only Davis’ usage in the postseason (29.2 percent) is nearly double of anyone else on the list.

What makes Davis so deadly is that he remains unstoppable both at the rim and on long two-point field goals. On shots between 16-feet and the three-point line, Davis is shooting a ridiculous 56.9 percent in the playoffs, up from a still impressive 41.2 percent in the regular season. At the rim, all Davis is doing in the postseason is shooting 82.3 percent (he was at 75.8 percent in the regular season). When the game slows down in the halfcourt, Davis can hit the shots the opposing defense wants to concede while also dominating on the shots the Lakers want to get him.

It is no secret that Davis is perhaps the best big man of his generation. It’s been a prophecy for a long time, back when a late high school growth spurt helped him emerged out of nowhere to become the No. 1 recruit in America. John Calipari recruited Davis to Kentucky, where he led to the team to a 38-2 record and a national championship, earning national player of the year honors as a freshman despite finishing No. 7 on his own team in usage. From there, Davis was the No. 1 overall pick in the NBA draft and was selected for Team USA in the Olympics before ever playing a professional game. When the got to New Orleans — first the Hornets and then the Pelicans — he more or less lived up to every ounce of hype.

There was only one problem: the Pelicans were never able to put the right pieces around him. Amid short-sighted trades and struggles to keep Davis and his teammates healthy, New Orleans never won more than 48 games and advanced to past the first round of the playoffs just once. The reality is that Davis was never going to have the moment he’s enjoying now in New Orleans. He had to take control of his own destiny.

Davis was routinely slammed for the way he left the Pelicans, requesting a trade with 1.5 seasons remaining on his contract and effectively limiting his market by stating his desire to play for the Lakers. No less of an authority than Warriors coach Steve Kerr called the situation ‘bad for the league.’

“I’m talking more about the Anthony Davis situation. Where a guy is perfectly healthy and has a couple years left on his deal and says, ‘I want to leave.’ That’s a real problem that the league has to address and that the players have to be careful with.

“When you sign on that dotted line, you owe your effort and your play to that team, to that city, to the fans. And then [once the contract runs out] it’s completely your right to leave as a free agent. But if you sign the contract, then you should be bound to that contract.

“If you come to an agreement with the team that, hey, it’s probably best for us to part ways, that’s one thing. But the Davis stuff was really kind of groundbreaking — and hopefully not a trend, because it’s bad for the league.”

Maybe it was. Davis certainly made things ugly on his way out, playing limited minutes in limited games for a team he was very publicly trying to leave. New Orleans even benched him for a potential game-winning shot in one game because there was no point in letting him get the glory. Davis went as far to wear a “That’s All Folks!” shirt on his way out the door, which just seemed petulant. New Orleans’ anger likely would have continued to bubble over had they not conveniently won the lottery for Zion Williamson to start the clock on their next chapter.

Davis was eventually dealt to the Lakers for what felt like a relatively fair package. No one is talking about the way he left New Orleans now. Ultimately, Davis needed the Lakers as much as the Lakers needed Davis. This was the spotlight his talent deserved to have. Would the league be better off he was spent this season stewing in New Orleans while he waited for his contract to expire as LeBron got another year older?

Elite basketball talent is only vibrant for so long, and AD had to show the world he could do this not only in meaningless January games or with the deck stacked against him in the first round, but on basketball’s biggest stage. Anthony Davis is owning the NBA Finals. This is the way it was always meant to be.