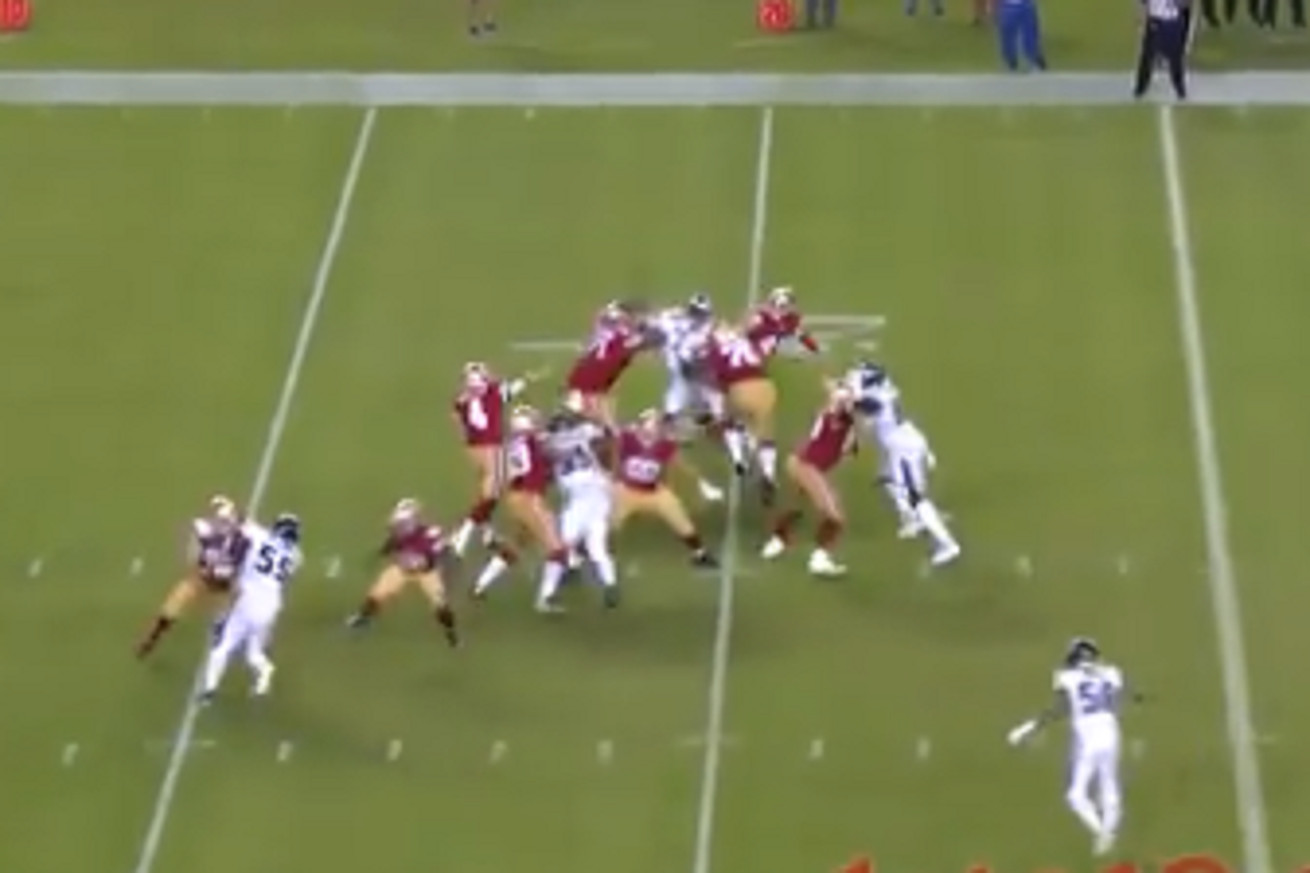 One of the worst passes in NFL history. Hands down.

Nick Mullens of the 49ers gave us one of the worst interceptions you’ll ever see in an NFL game, and I promise that isn’t hyperbole.

It’s so rare that a moment in the NFL is so bad that you can look at this not in terms of how bad a pass was against its peers around the league, but by whether an average person sitting at home could have done better — but here we are. This is the kind of pass you see someone throw on a beach, six beers deep, in a game for bragging rights. Not an actual NFL game with stakes on the line in front of a national television audience.

I’m convinced you could have done better, dear reader. I believe in you. I think you could have thrown a better pass than this sad, velocity-lacking, lame duck off a pass that resulted in a potentially game-sealing pick six for the Eagles.

Niners coach Kyle Shanahan was so mad at Mullens for this pass that he was benched immediately following it. Sure, the game was done at this point — but it was to prove a point. Any time you throw a pass like this it deserves immediate benching with no signs of recovery.