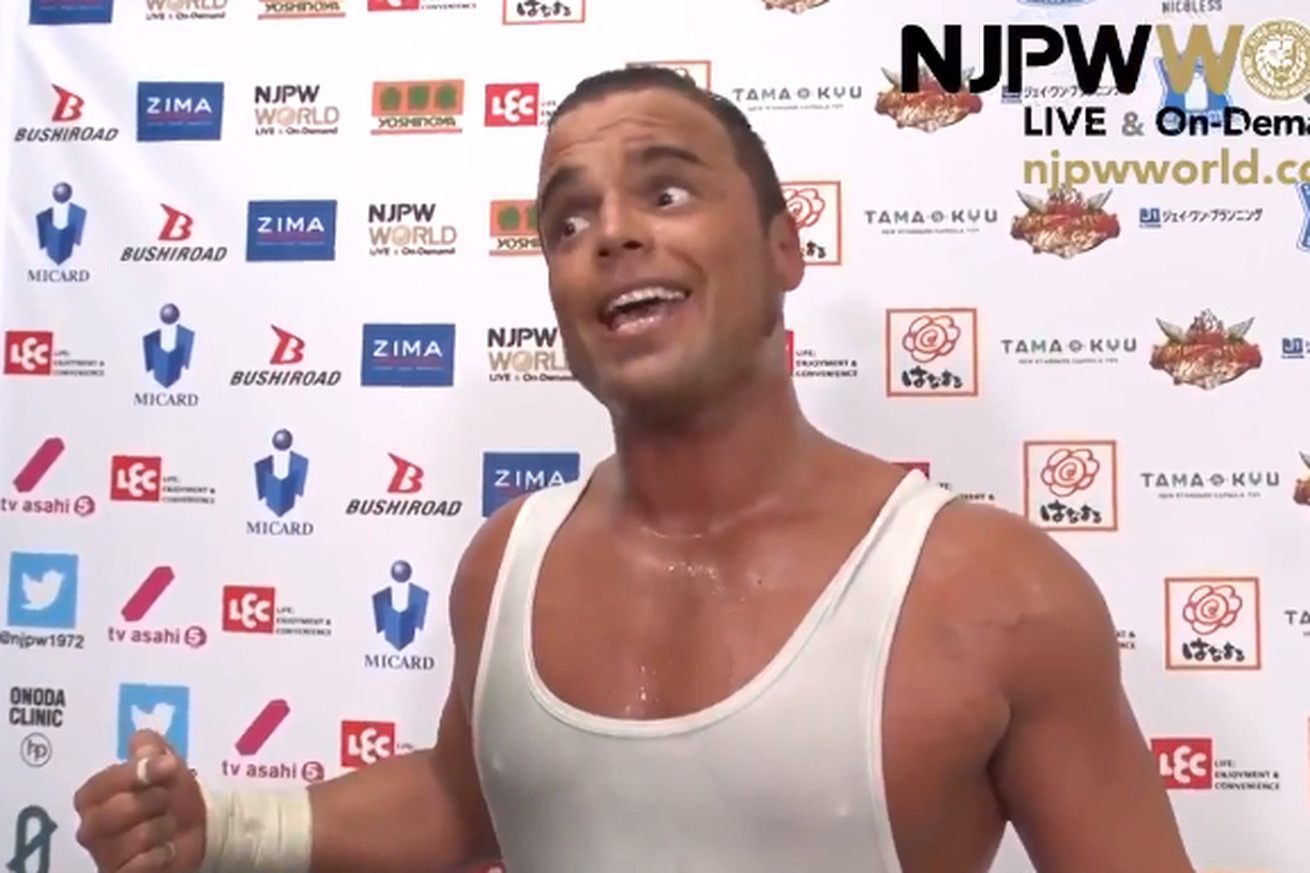 “I’m going to have to check my underwear because I may have sharted.”

New Japan’s Juice Robinson dropped one of the best promos of the year, shortly after dropping something else.

Only Juice Robinson could cut an incredible promo after shitting his pants pic.twitter.com/IMnccHrsfn

Robinson was wrestling in the G1 Climax, one of the most prestigious wrestling events of the year in Japan, when he was kicked hard, very hard by Kenta. Juice was unfortunately a little too loose, and pooped his pants in the ring as a result.

Now, for most people this would be so shameful you’d never mention it to anyone. Robinson, being the legend he is, walked back stage, told the world he sharted on camera, then found a way to seamlessly transition into a killer promo about how he’s better than everyone else in the event.

If Robinson looks familiar it might be because you’ve seen him working in WWE’s NXT before. Previously known as CJ Parker, Robinson made the move to Japan and has since become one of the biggest stars in the company. Now regarded as one of the top gaijin’s in New Japan (foreign wrestlers) he’s making everyone notice him again. Heck, even WWE superstar Kevin Owens respected the game of cutting a promo immediately after sharting.

It’s a cruel twist of fate that the same night Robinson improved his record in the G1 to 2-0, he also went two and oh. Life’s weird like that.