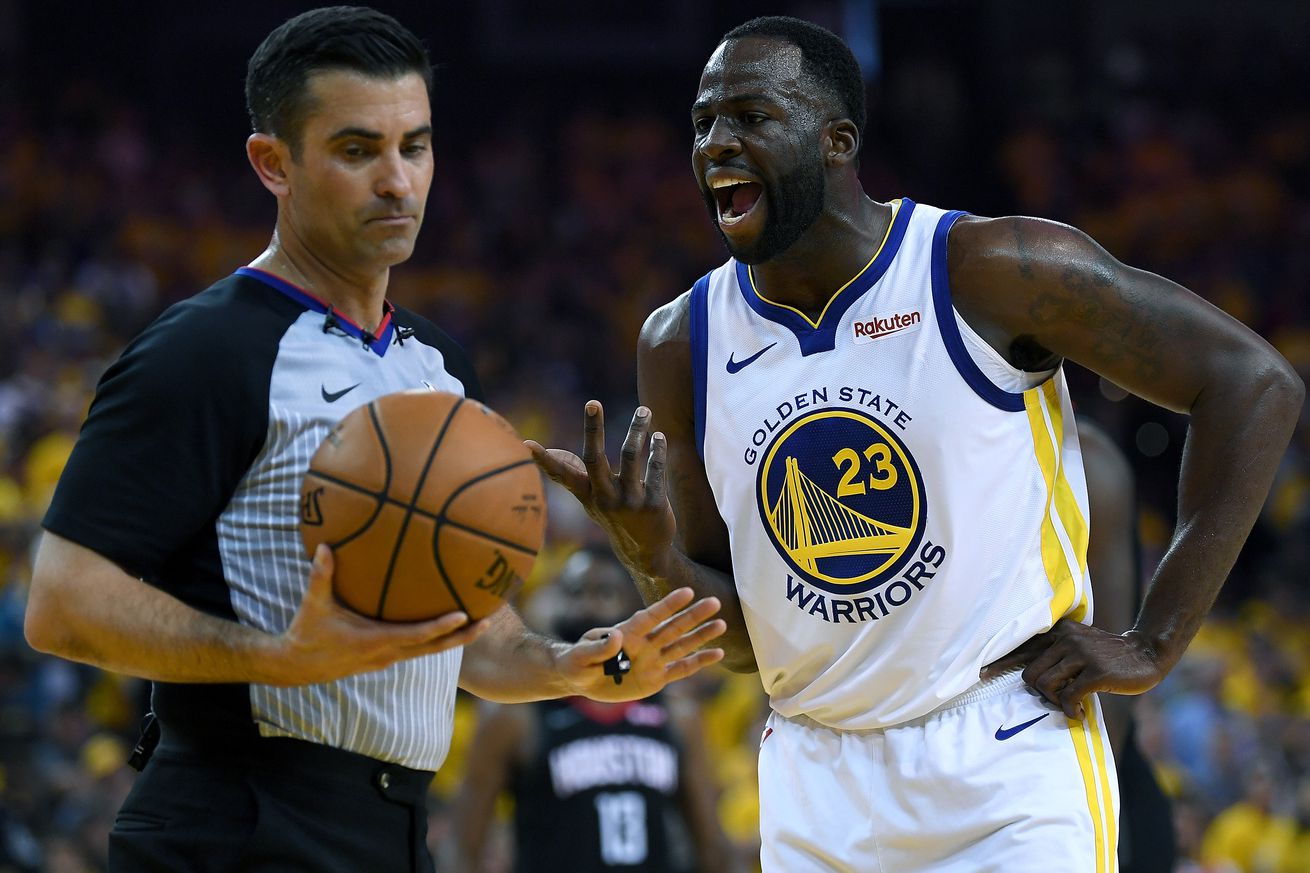 The Golden State Warriors and Houston Rockets are well on their way to giving fans one of the best second-round NBA playoff series ever. Spoiling the league with Finals-level play in April, including three former MVPs and a horde of complementary All-Stars around them, this series has it all. If you’re here for hoops ingenuity, awe-inspiring talent, exhausting action or even simply, hilarious theatrics, the Rockets and Warriors have every genre covered.

In sport, it’s not always the two best teams who give the greatest show. This year, it might be, if only by coincidence. The Warriors are unanimously the best team on Earth, and although the Rockets aren’t the definitive No. 2, they’re dang close among the elites with the Bucks and Raptors. But it isn’t just the high-scoring offenses, and incredible ball-handling skills alone that make this series so fun.

Both teams have assembled maybe the largest contingent of polarizing celebrity faces ever in a basketball game. Kevin Durant joined the winningest team of all-time. Draymond Green has cussed out everyone reading this blog. Chris Paul has cussed out everyone reading this blog’s favorite player. James Harden’s entire interpretation of his profession offends the masses. Sprinkle in the history of Houston nearly beating Golden State in the Western Conference Finals a year ago before falling victim to a meme-worthy 27 straight three-point misses, and this is the most perfect rivalry where every casual fan has to feel some way about at least one player — and likely multiple players — on the floor. This is why we watch.

With foul calls taking the spotlight, the talking point for NBA fans has already been established, and it’s perfect. The discussion has already morphed beyond which team is better or which player is better. The groupthink has, instead, evolved into the legitimacy of referee complaints, and the culpability of a jump shooter in how he lands. Eureka! We’ve reached it. An entertainment profession reaching its peak levels of entertainment past the two hours or so worth of play.

Another underrated aspect of this wonderfully petty series is how well we know each of the best talents on the floor. We know who they are, where they’re from, what they’re about, what makes them tick, how they’ll tick, and how fans will respond when they unleash. In a comic book, for example, a superhero might have a catchphrase. But at Oracle, Draymond gets hit for a technical after he catapults profanities toward a guy with a whistle. And in the final moments of a tight game, Chris Paul gets tossed from the arena for being himself after a perceived miss-call.

This is better than a scripted drama. It’s a real-time one, with everything unraveling how you thought it would with the only shock being when.

There are countless other reasons to love what the Rockets-Warriors series is about and where it’s headed. Durant is in the midst of one of the most magical playoff displays ever. Curry is a treat whenever he touches the ball. Harden’s numbers are coming no matter what. Paul is clawing his way to get the championship ring he perennially falls short of. The Rockets are fighting to validate tough offseason decisions. The Warriors are pulling through what could be their last run of the dynasty era. It’s all thrilling.

The storylines are plentiful, spicy and necessary. The series sporting all of the faces we’ve watched grow into their celebrity selves could, once again, shape how the NBA looks a year from now. That’s why it’s going to be impossible to miss.

This series absolutely and unequivocally rules.

2 thoughts on “This series rules”