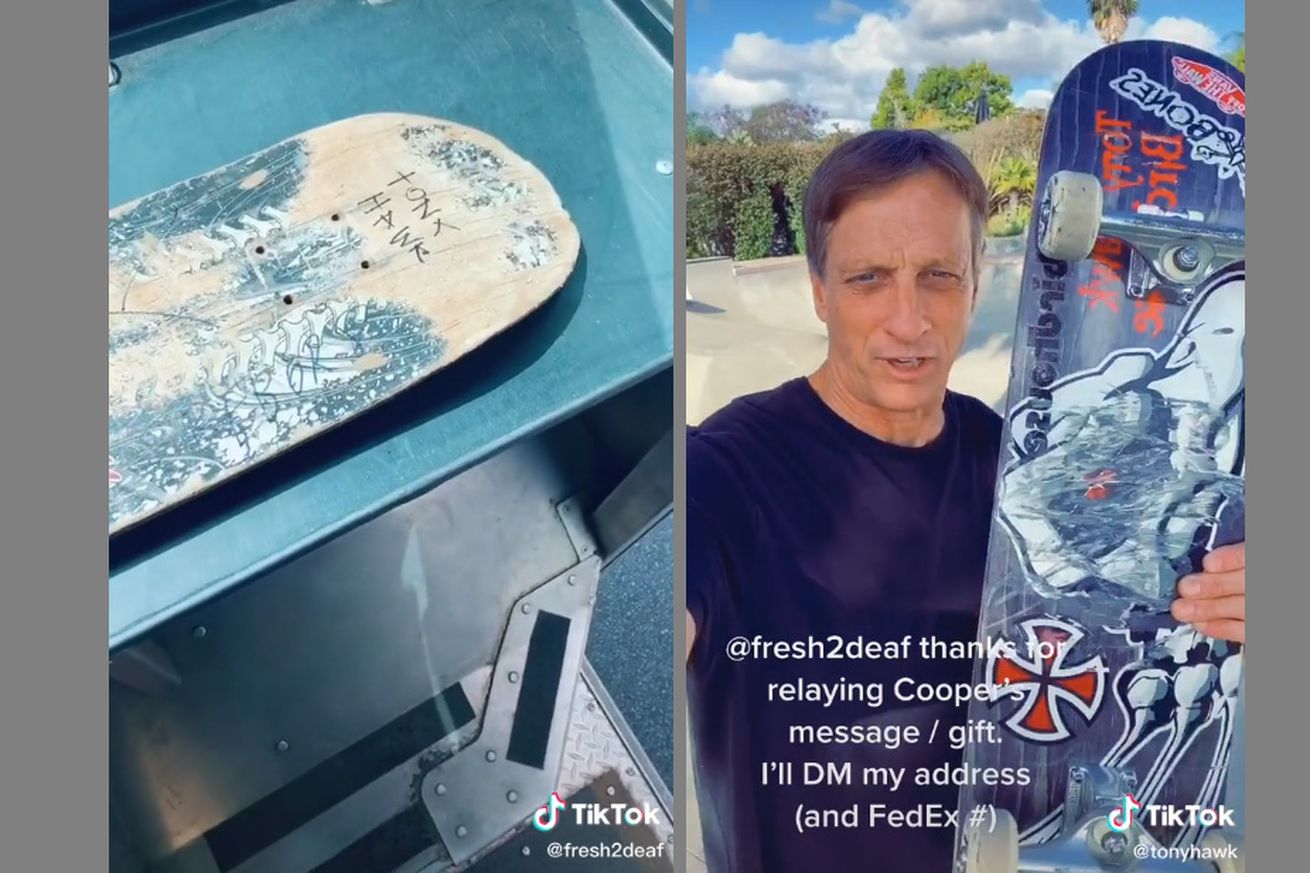 This is hands-down one of the sweetest stories of the past few months, and we all need a smile right about now. Mikail, a FedEx delivery driver from Suwanee, Georgia was handling his route on Monday when he was approached by a young boy named Cooper.

Can we get @tonyhawk on the phone please??? A boy named Cooper is a big big fan. pic.twitter.com/lOr9xDHcsq

Cooper handed the driver a busted, chipped up Tony Hawk skateboard and wanted to send it to Hawk, writing both their names on the deck — presumably to show the skating legend what a big fan he is. Grip tape peeling and ends chipped, Mikhail took the board and posted on TikTok, hoping maybe Hawk would see the video.

Obviously the driver didn’t have Hawk’s address, but wanted to signal boost the young boy to show just how much love there was out there for him. Social media, coming through in the clutch, allowed Hawk to see the video and he was touched by it.

Tony Hawk’s third TikTok and he’s already got it. pic.twitter.com/PCoP4cb6TP

Not only did Hawk pledge to send Cooper his current skateboard, but he reached out to Mikhail to give his address so he could receive the broken board from the boy. Obviously a busted up deck isn’t something Hawk needs, but he wanted to make sure he got the gift from Cooper — which makes this just the sweetest story ever.

Tony Hawk is the best, Cooper is a delight. This is all awesome.