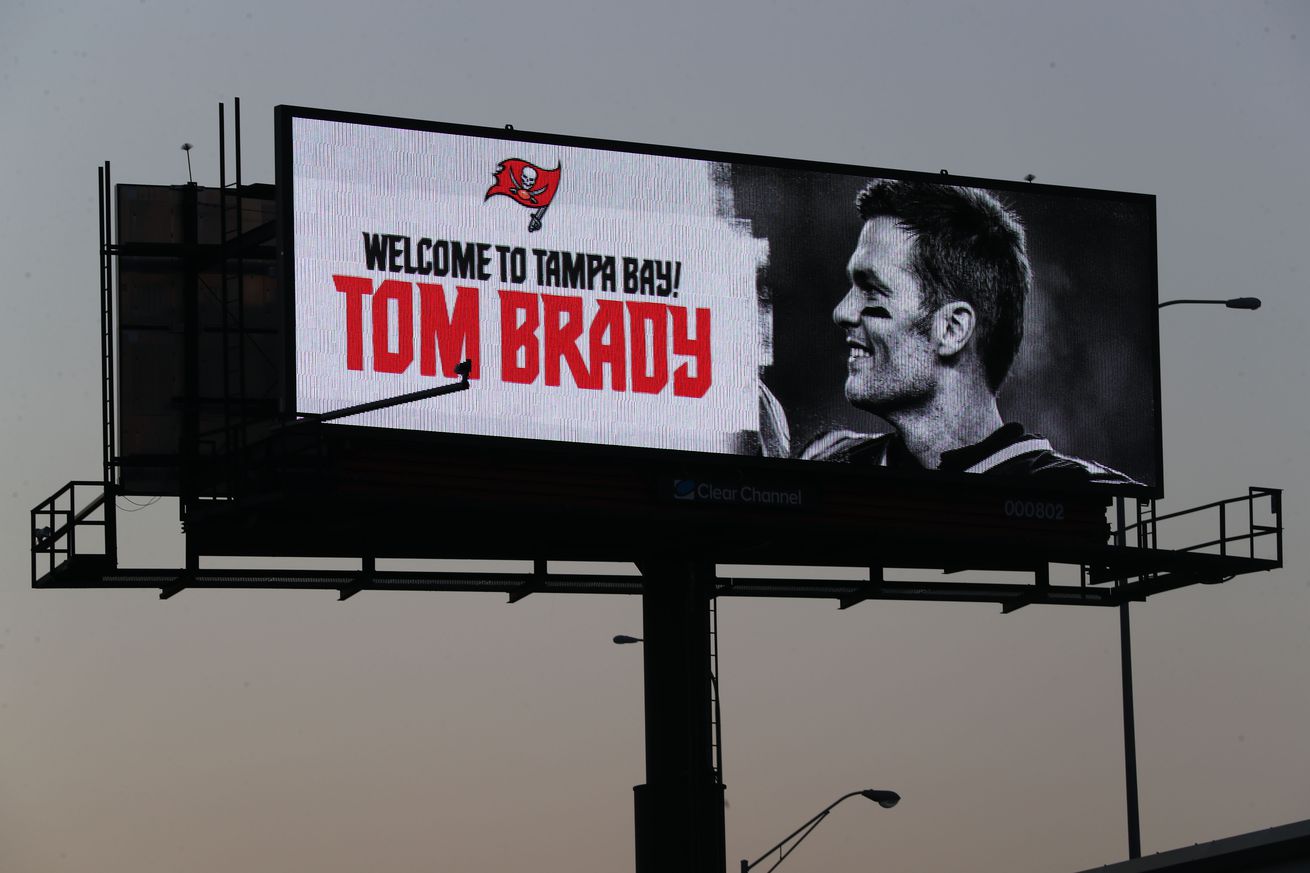 It took less than a month for Florida to turn Tom Brady into a petty crook.

Tom Brady’s first steps into Tampa Bay lifestyle have been weird, to say the least. On Thursday it came out that Brady accidentally broke into a stranger’s home while searching for Byron Leftwich. That’s going to be the best sentence you’ve read all day — promise.

Brady had plans to go to Leftwich’s house on April 7 to get some team materials. Leftwich, who is the Buccanneers’ offensive coordinator, expected Brady. The two arranged for the hand-off to be as contact free as possible to keep within social distancing guidelines. However, it appears Brady didn’t know which house was Leftwich’s, and instead walked into a stranger’s home without knocking.

The surprised homeowner described Brady to TMZ as “a big shadow.”

“I literally was just sitting here and I watch this tall guy just walk into my house,” Kramer says … “He didn’t even look at me. He just like dropped his duffel bags down on the floor and just kind of like looked up at me and I’ll never forget the look on his face.”

Obviously everything was fine and it was an honest mix-up, but social distancing aside I’m absolutely floored Brady would walk into a house without knocking, not entirely sure he was actually at the right house. This is Basic Humaning 101. We are way past the point where running into strangers is a happy accident. In fact, we engineer our entire lives to avoid people whenever possible.

I can’t be the only one who calls or messages someone the first time I’m outside their place saying “I’m out front,” hoping they’ll open the door and verify it’s their domicile. I don’t care what Google Maps or a mailbox will tell me. I’m so averse to the idea of accidentally running into a stranger that I want absolute verification I’m going to the correct house before attempting a knock.

Even then, I still knock. I have friends whose houses I have been to hundreds of times. I always, always knock — because that’s what people do. While I’m not seeing friends in person at the moment, I’m still fairly confident I’d do a “knock and sanitize” before just casually strolling in to someone’s house.

But hey, I know Brady isn’t most people. He’s an exceptional quarterback. A lover of avocado ice cream. A noted hater of strawberries. And now a petty crook.

Trespassing in parks, breaking and entering… Just making myself at home in Tompa Bay! https://t.co/zfm5q9zhz6

It took less than a month for Brady to go full Florida.