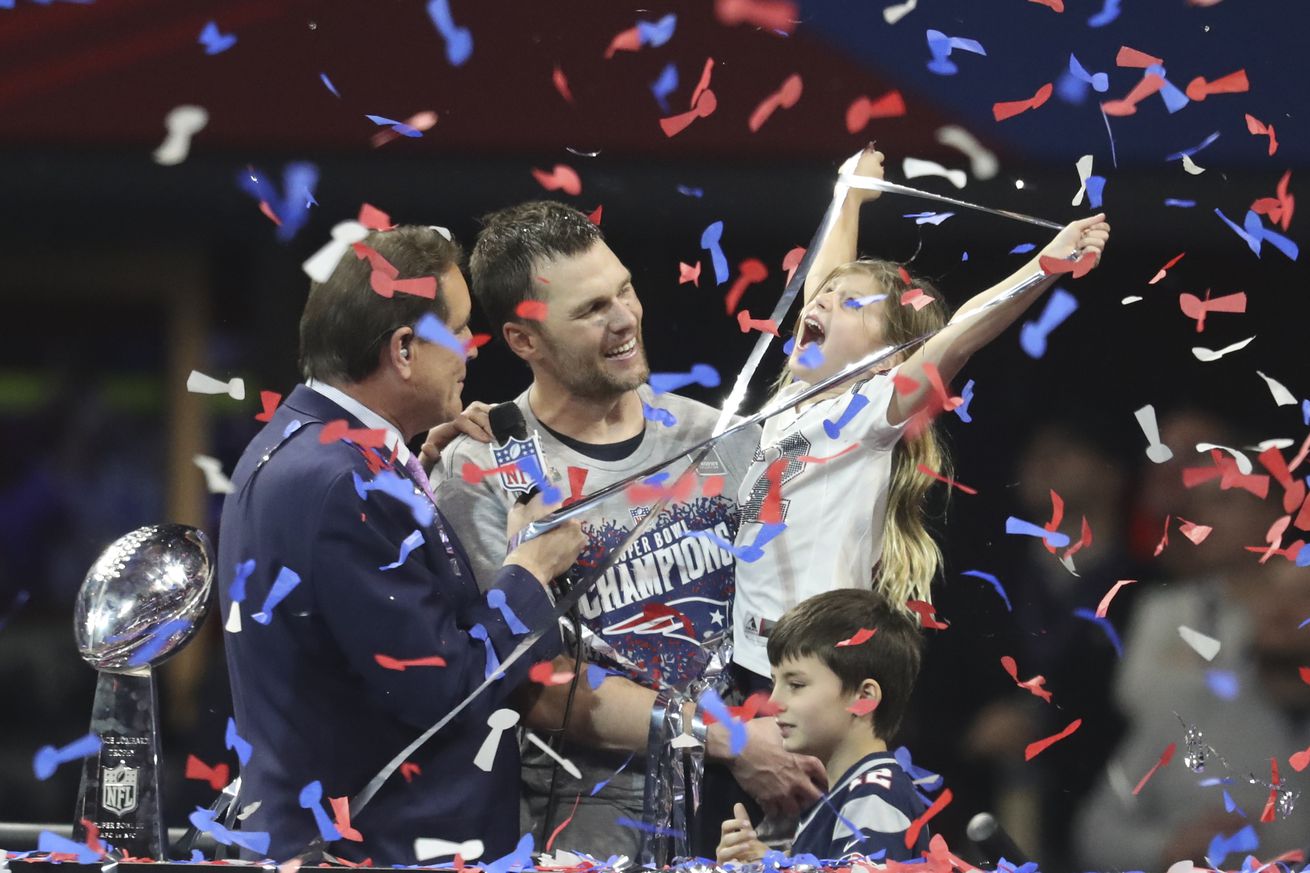 Brady’s postgame interview was usurped by a six-year-old who loved the hell out of the Patriots’ celebration.

There wasn’t much to get excited about at Super Bowl 53, even if you were a Patriots fan. Two of the league’s top offenses combined for just 16 points in a sloppy defensive battle that was won in the trenches rather than through the air.

The highlight of the night for Tom Brady’s daughter Vivian wasn’t anything her dad did on the field en route to his sixth NFL championship. It was the confetti that fell from the rafters at Mercedes-Benz Stadium after the game.

Brady brought his daughter up to the podium to talk with CBS’s Jim Nantz, holding his six-year-old in his arms while fending off questions about his latest Super Bowl win. And as exciting as a championship may have been, nothing compared to the cascading glitter that coated the stage in red, white, blue, and silver strips.

Nantz and Brady had their show stolen by a first grader as she reveled in the paper snowfall and implorer his future Hall of Famer father “Daddy! Look!”

Tom Brady’s daughter is absolutely losing her mind about the falling confetti and it’s awesome pic.twitter.com/5k0paEUkFr

Brady eventually ceded the stage to Super Bowl MVP Julian Edelman, whose 10-catch, 141-yard performance buoyed a struggling Patriot offense. The younger Brady didn’t stop stealing the spotlight, however — even as her and her father were walking off the stage: