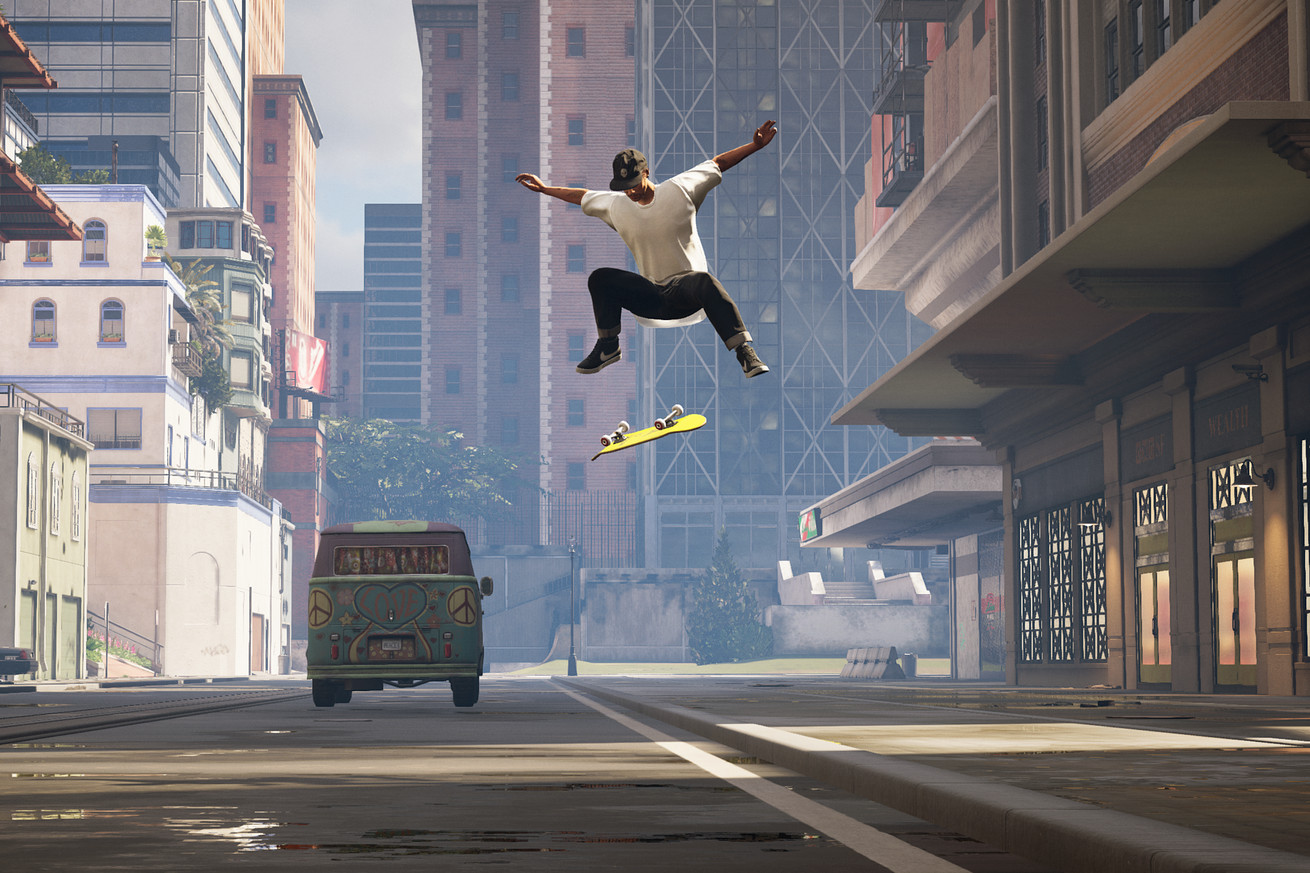 From 1999 to about 2003 (give or take, depending on your opinion of the two Tony Hawk’s Underground games), Activision and Neversoft created and then refined arguably the perfect sports video game franchise, Tony Hawk’s Pro Skater. Not to get too deep in the weeds on the value of art and storytelling, but I’d happily argue its merits for being a perfect video game, period. I didn’t rank every song on the original games’ soundtracks for nothing, you know.

Video game fans have decried what has become of the franchise for more than a decade now, hoping the franchise returns to the simplicity of the original game. Those calls have gotten louder each year, and now those pleas have finally, mercifully been answered.

Tony Hawk’s Pro Skater 1 + 2, a remastered, high-definition recreation of the first two games, lands on PlayStation 4, Xbox One and PC on Friday. I’m relieved and thrilled to tell you it was well worth the wait. (Mostly, anyway).

When you fire up the game, the unfiltered nostalgia hits you full force with a video mixtape of the skaters featured in the game, set to Rage Against the Machine and fully preparing your entire body to jump off a building. Then the title screen starts rolling, and yes, “Superman” by Goldfinger is the first song you hear as the virtual camera follows a skateboard at ground level.

All the levels you remember from the first two games are here, in painstaking detail for the current-gen consoles. The depth and breadth of detail given to the grimy garages, scuffed playgrounds and filthy alleys is breathtaking, and it really hammers home just how expansive those levels were in the first place. Everything is in place, with every level improved, fine-tuned, and optimized for 2020, all while still somehow being the exact game you remember.

Best of all, the gameplay is exactly how you remember it. Like muscle memory, if you’ve played five or so hours of THPS in your life, you’re primed and ready to dive back in.

There was something tactically phenomenal about the mechanics of ollieing, launching off kickers and vert ramps, stringing together flip tricks, grabs, spins and grinds. The addition of the manual in THPS 2 and then the revert in THPS 3 meant you could string tricks together for the perfect line or combo — theoretically for eternity. It’s easy to learn, easy to master, and becomes second nature after a while. I wouldn’t say Tony Hawk is an easy game, but it’s one of the very few games in history that I’ve honestly been good at (or okay at, at least).

Every level, every trick, and every twist and turn bring back new waves of nostalgia to varying degrees, and the thrill of upgrading your skater’s attributes with each new level and skill point acquired still packs a powerful sense of accomplishment. When you get enough air and hangtime stat points to land that rooftop-to-rooftop gap in rain-slicked Minneapolis, you’ll be READY for “Police Truck” by Dead Kennedys to carry you away to extreme sports nirvana.

(While I have not dived much into it, I have seen reviews saying the online features of the remastered game leave a lot to be desired. But in my personal experience, THPS has never been a franchise for online play. It’s been a franchise for just getting fully rad. And there’s no shortage of raddening going on here.)

The beauty of the original Tony Hawk’s Pro Skater games is its core premise that you’ve got two minutes to shred your heart out, with the ability only to move forward, like a shark, and to mash the buttons when you bail because the time is running out. Then you do it again, as much or as little as you want.

It’s the same game you remember, but it’s a million times better than it ever was. If you’ve been missing the series, you should probably pick this up. This year could do with a hell of a lot more getting rad.