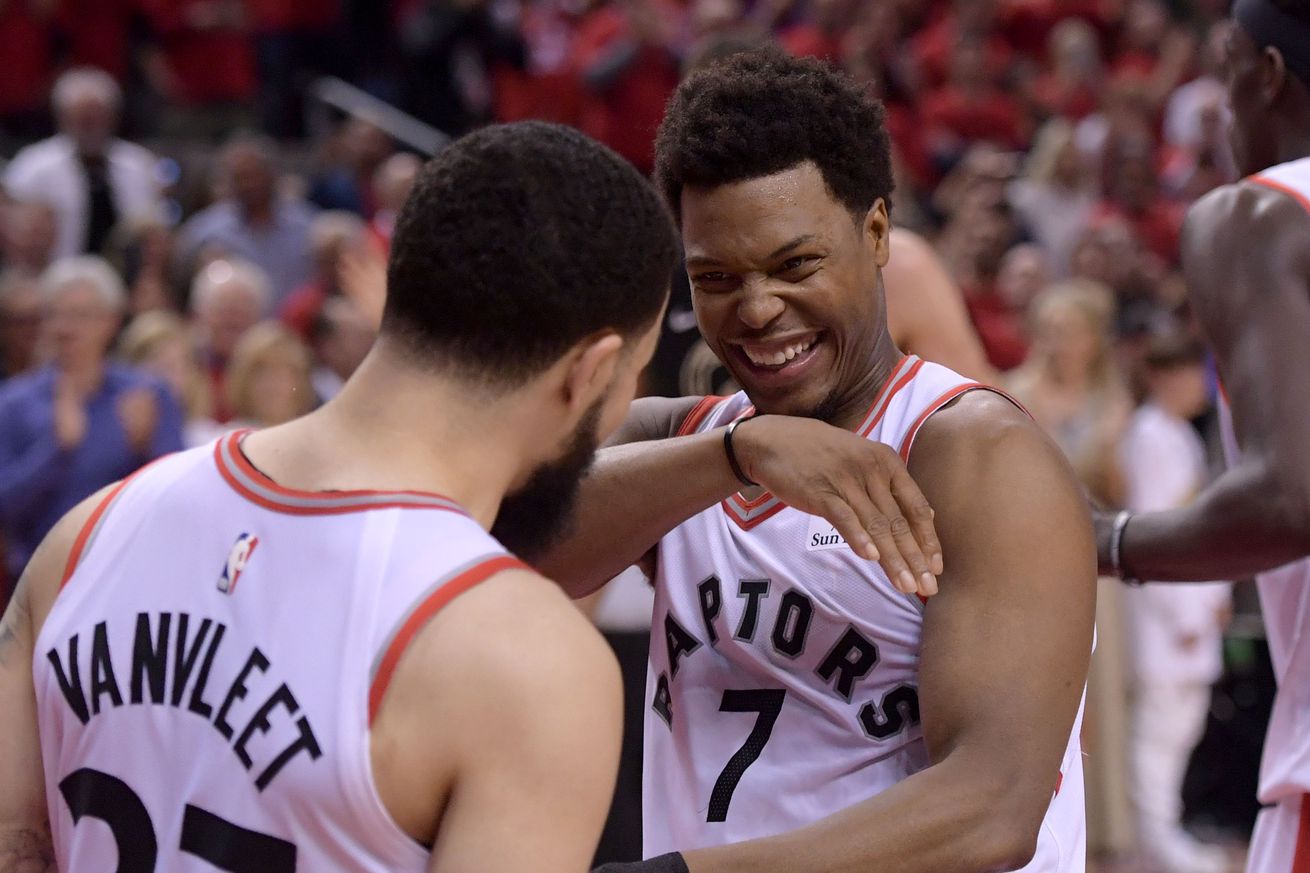 We have that and more in Sunday’s NBA newsletter.

The Toronto Raptors are going to the NBA Finals.

The Toronto Raptors are going to the NBA Finals.

THE TORONTO RAPTORS ARE GOING TO THE NBA FINALS.

The Raptors won another close game against the Milwaukee Bucks on Saturday to finish off a 4-2 series (after losing the first two games!) and stamp a trip to the NBA Finals. If they gave out awards for MVPs of conference finals series, Kawhi Leonard would get it: he was extraordinary again both on offense and in defending Giannis Antetokounmpo. Nick Nurse switching Kawhi onto primary Giannis duty a few games ago has made all the difference in the world in this series.

That risky trade for Kawhi sure did pay off for Masai Ujiri and the Raptors.

It’s a massively disappointing finish to the season for the Bucks, who won 60 games and were 10-1 in the playoffs before Toronto ripped off four straight to take this series. At least they have Giannis for the foreseeable future. On that note, ESPN’s Malika Andrews published a piece basically at the buzzer citing a source saying that Giannis is more likely to sign a super-max extension next summer if the Bucks make the Finals in 2020. She then asked an unrelated question in the press conference. Giannis looked furious as she asked, and then dipped out after Khris Middleton (who seemed completely unaware of the situation) signaled it was Giannis’ question to answer. Middleton’s reaction was incredible.

Anyway, the Bucks’ summer is going to be stressful.

The Raptors will get there, too. But first: THE NBA FINALS. Game 1 tips off on Thursday.

Kawhi and Giannis met twice at the rim. It was heaven.

The Storm are down a Breanna Stewart and a Sue Bird and still beat the Mercury (who were down Diana Taurasi) thanks to Natasha Howard.

How the Raptors pulled off the run that got them back in the game.

Napheesa Collier had an incredible debut for the Lynx in a win over the Sky. The dude Matt Ellentuck has been telling you …

Frank Vogel has the absolutely bizarre belief that the Lakers need shooting around LeBron James. Strange take, but whatever.

And finally: there was a lot magical about the Raptors’ celebration, but nothing better than the love the crowd gave to Kyle Lowry during the trophy presentation.