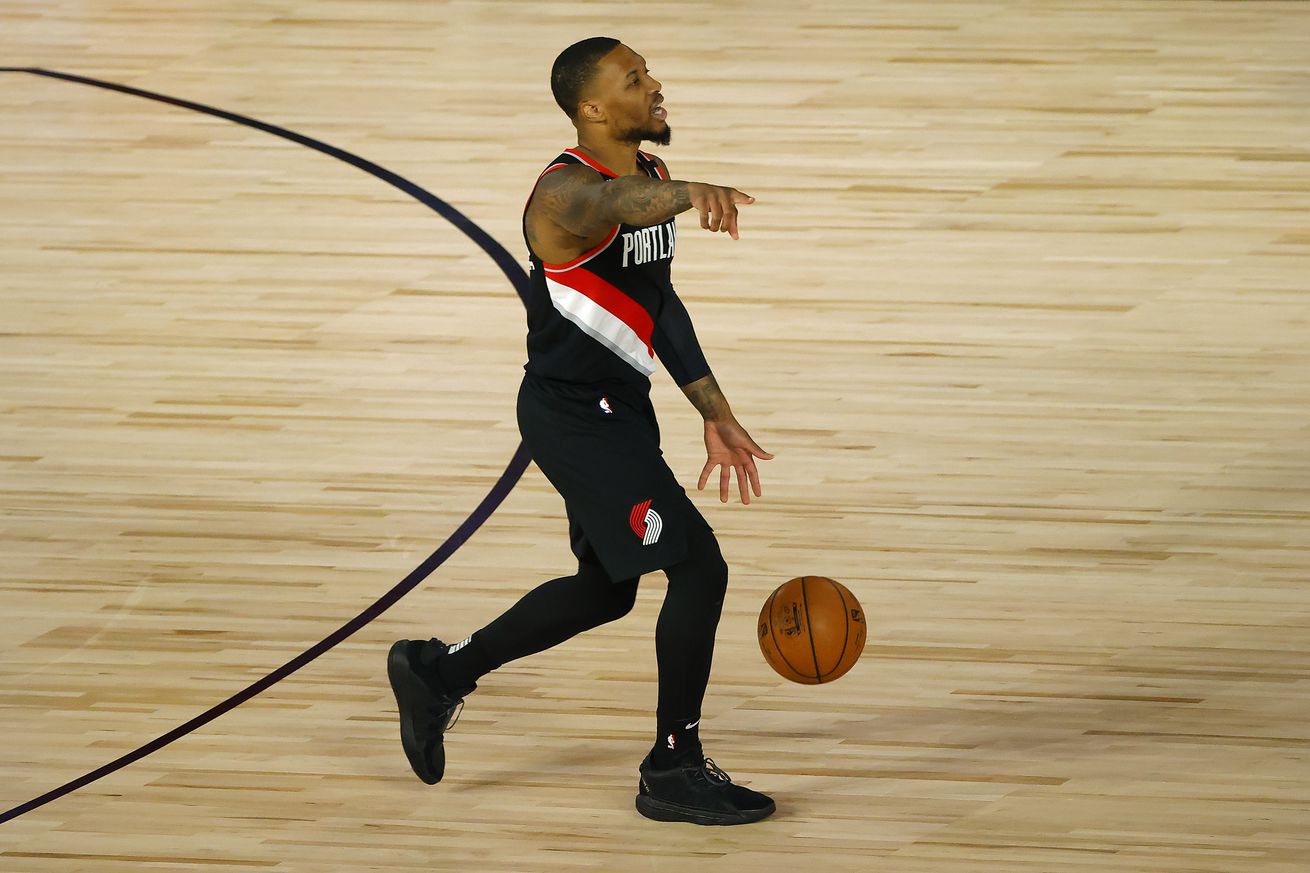 The Blazers will now face the Lakers in the first round of the playoffs on Tuesday.

The Portland Trail Blazers have officially punched their ticket to the NBA playoffs. The Blazers defeated the Memphis Grizzlies, 126-122, on Saturday afternoon in the NBA’s first ever play-in series for the No. 8 seed in the Western Conference. Portland will now face the top-seeded Los Angeles Lakers in the first round on Tuesday night.

Portland star Damian Lillard continued his tear after being named bubble MVP earlier in the day. Lillard went off for 31 points and 10 assists on 6-of-15 shooting on the afternoon. Lillard out-dueled Grizzlies rookie Ja Morant, who scored a career-high 35 points and nearly willed Memphis to victory. This was a high scoring game powered by two star point guards that featured some brilliant shooting performances and very little defense.

The Blazers took the lead for the first time in the fourth quarter off an and-one putback from Jusuf Nurkic with about two minutes left. Teammate C.J. McCollum hit a beautiful stepback three-pointer and then a pull-up mid-range jumper over Morant on the next two Portland possessions to secure the win.

Here are three takeaways from a thrilling play-in game.

The Blazers are a different team with Jusuf Nurkic

Nurkic played this game with a heavy heart after announcing his grandmother had died of Covid-19 earlier in the day. Even during a heartbreaking day, Nurkic was absolutely phenomenal for Portland, finishing with 21 points, 21 rebounds, and six assists against the Grizzlies. Portland wouldn’t have won this game without him.

Nurkic missed the entire regular season after suffering a compound fracture in his tibia and fibula last season. Nurkic returned to action in the bubble and has arguably been Portland’s second best player since. He turned in a gutsy performance on Saturday battling Grizzlies center Jonas Valanciunas, who was also outstanding to finish with 22 points, 16 rebounds, and six assists on the night.

Nurkic feels like one of the most underrated players in the league. Portland is so much better with their starting center in the lineup.

Damian Lillard continues to stay on one

Lillard has been the hottest offensive player alive inside the bubble, and he’s not showing signs of slowing down any time soon. Lillard didn’t have to fully carry Portland on his back this time as his teammates stepped up around him. Still, there was no doubt who the best player on the floor was.

Lillard simply has no holes in his scoring package. His pull-up three-point shooting keeps the defense on its toes at all times, and he’s also deadly attacking the rim off cuts. Just watch this poster dunk from late in the fourth quarter:

Dame is such a badass pic.twitter.com/mPBe53pnrR

Lillard is a star in every sense, and the Blazers will need him to continue playing that way to have any chance vs. the powerful Lakers. For as good as Dame is, Portland still faces one big problem looking ahead to the matchup with Los Angles.

Portland will have to defend a lot better to have a prayer vs. the Lakers

The Blazers have been a joy to watch in the bubble because of Lillard’s amazing play, the returns of Nurkic and Zach Collins, and the hot shooting of Gary Trent Jr. There’s no doubt Portland is really fun to watch. Their problem is that their defense leaves a lot to be desired.

Portland lacks the long and athletic two-way wings that every team covets. Instead, they have shot-makers like McCollum and Carmelo Anthony on the wing who have never been known for their defense. It makes every Blazers game an exhilarating ride, but they’re going to have to find a way to defend at least a little bit to have a chance vs. the Lakers.

Portland remains a major underdog, but they do feel more dangerous that a typical No. 8 seed. With the way the Blazers play, it’s going to be a fun series against LeBron James and Lakers either way.