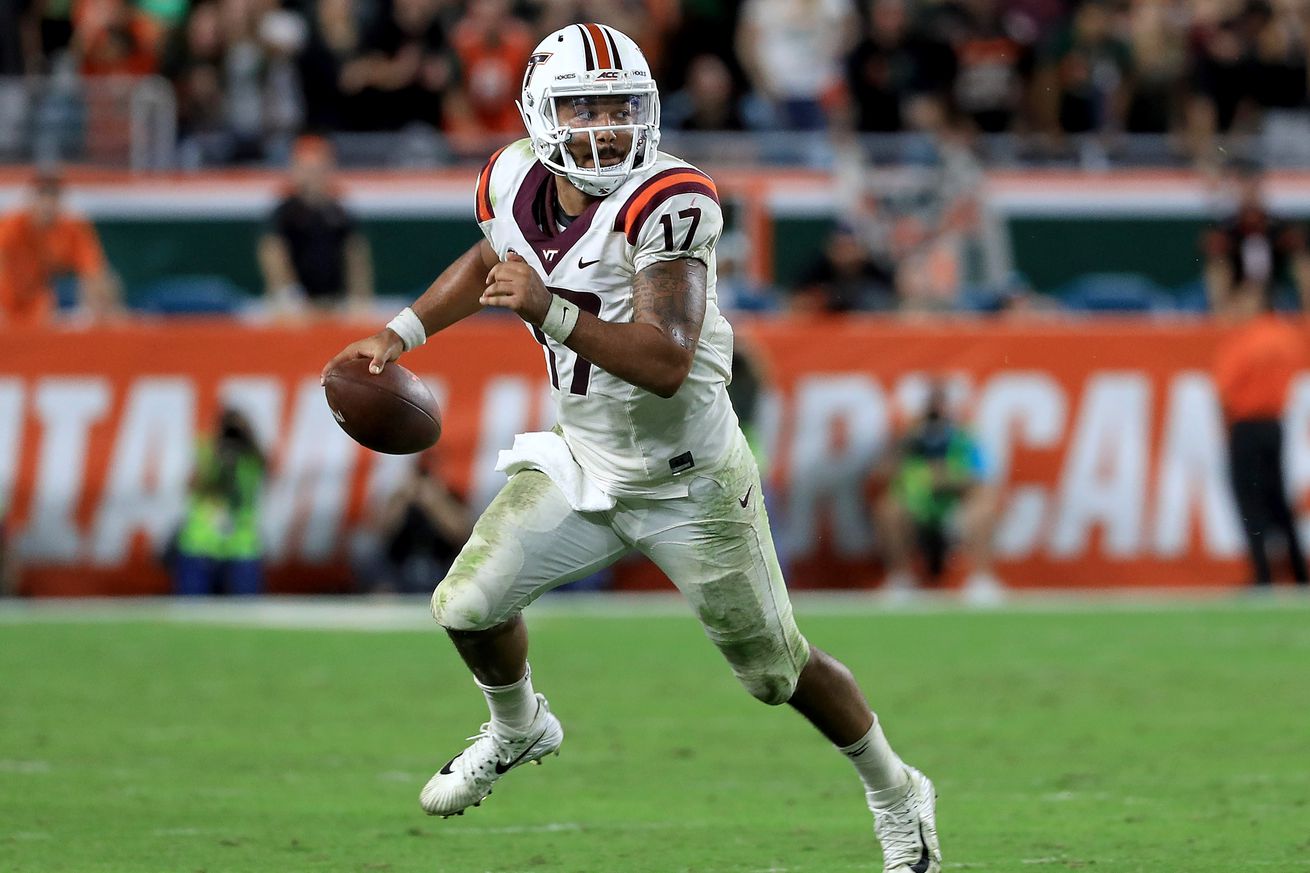 Mike Barber of the Richmond Times-Dispatch reported Wednesday that quarterback Josh Jackson, who started in the 2017 and 2018 seasons before suffering a season-ending injury in September 2018, has applied to enter the transfer portal. Soon after the report was published, Hokies head coach Justin Fuente released this statement:

“As head coach I certainly understand when young men desire to explore their options by entering themselves in the NCAA’s transfer portal,” Fuente said. “I respect the fact that each individual’s circumstances and situation are different. We will continue to support all our student-athletes and wish them best whether their future is at Virginia Tech or another institution.”

Jackson entering the portal doesn’t mean he has to transfer, but it sounds like he’s at least exploring his options.

The statement is a little odd — it’s not often you hear head coaches doing public damage control in this fashion when players transfer, but Fuente has suffered a ton of attrition over the last year. Jackson, who threw for 2,991 yards and 20 touchdowns during his redshirt freshman year in 2017, was expected to return to VT in 2019, though reports swirled near the beginning of the 2018 season that he might leave the program then.

Sources: Alabama is expected to hire Virginia Tech wide receivers coach Holmon Wiggins for the same position. Wiggins also had been in the mix for a coordinator role at Temple. I’m hearing Virginia Tech could target Jafar Williams, most recently… https://t.co/AgjLSaFRQO

Sure, four guys and an assistant coach doesn’t seem like that much to worry about, but it’s concerning when looking at who Fuente lost in 2018.

Throughout last year, the Hokies saw a slew of departures on defense that weren’t because eligibility clocks ran out. They lost 12 players and roughly a whole defense’s worth of production and upside, plus co-coordinator Galen Scott in the spring. The losses included first-round picks Tremaine and Terrell Edmunds and defensive end Trevon Hill, who was dismissed during the season as the team’s leader in tackles for loss.

If there’s any good news these days, it’s that the Hokies aren’t losing anyone with eligibility remaining to the 2019 draft. On another hand, that’s partly a product of already losing a lot. Sending players to the draft is usually the sign of a healthy program.

Adding to the problem: Fuente needs a big year after an unusual stumble in 2018. There’s never a good time to lose players, but it’s especially not now.

I wrote after the Hokies’ Military Bowl loss to Cincinnati that while things were bad in 2018, there was reason to expect improvement in 2019:

Jackson, who threw for 2,991 yards and 20 touchdowns during his redshirt freshman year in 2017, should be ready to go next year. He’ll lose running back Steven Peoples, but much or all of his receiving corps should be back. The offensive line had three seniors starting, so the Hokies will need answers there.

On defense, the Hokies should return a handful of their leading tacklers, with an NFL decision from junior edge defender Reggie Floyd still on the table. Only five starters from the Military Bowl are out of eligibility. Just one of the defenders atop the bowl game two-deep (DT Ricky Walker) is guaranteed to move on.

So this team could have a lot of key returners, though after the offseason Tech just had, no one can say for sure what the roster will look like.

But it would just be hard to have the same attrition two years in a row. Bad seasons can happen to the best head coaches, and few are denying Fuente’s ability after just this year. If the Hokies aren’t better next year, though, his outlook could shift.

Fuente’s 10- and nine-win seasons in 2016 and 2017 give him some breathing room after a 6-7 season last year. If the Hokies aren’t better soon, though, his outlook could shift. Any more of this turnover will only make having a better year harder.