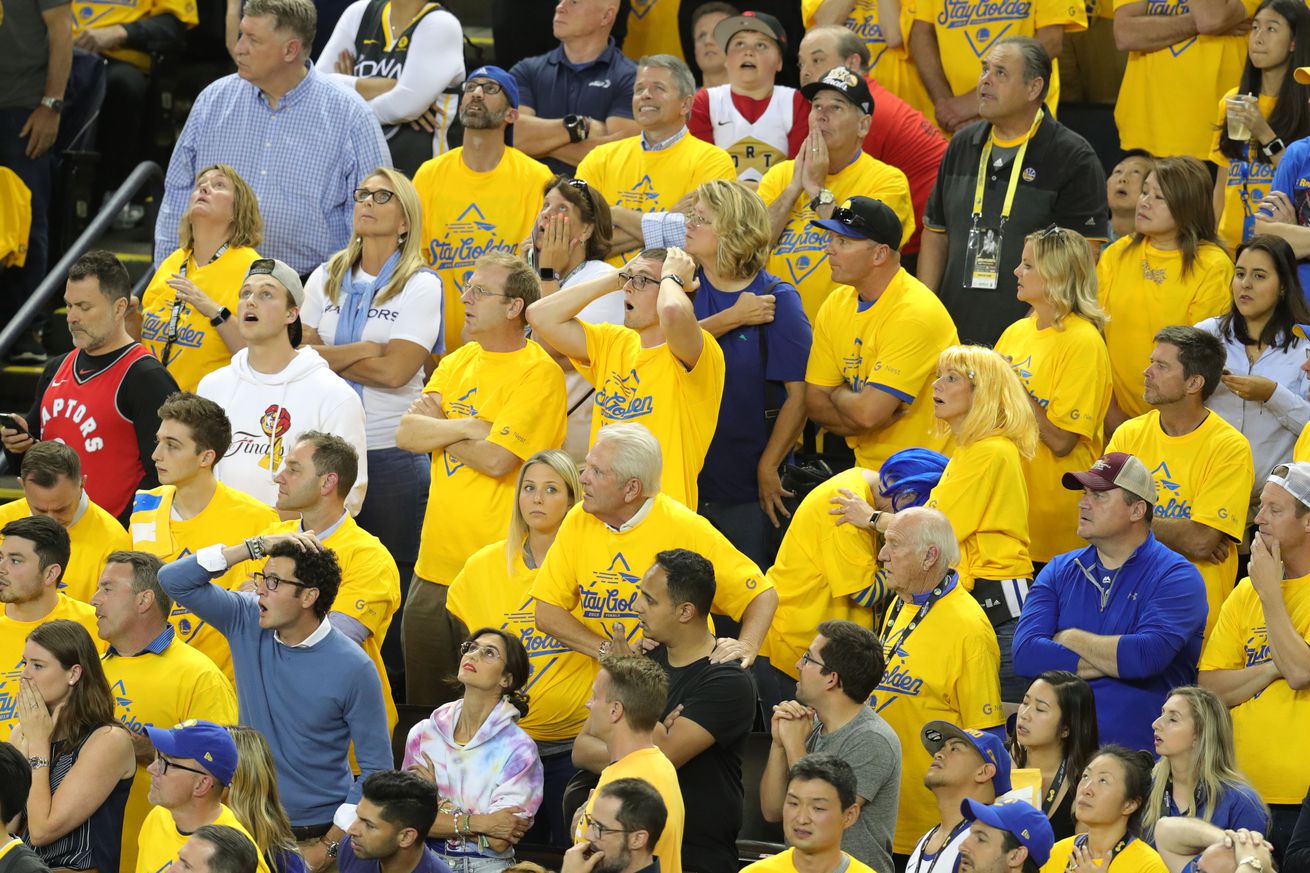 We have that and more in Thursday’s NBA newsletter.

From 1995 through 2012, the Warriors made the playoffs once, had just two winning seasons, and finished dead last in the division five times.

Donyell Marshall was their best player for three years.

Warriors fans cheered on a team built around the dual threat of Troy Murphy and Mike Dunleavy.

Warriors fans have seen some stuff.

Yes, the last six years have been amazing. Five straight NBA Finals, three championships, the two best shooters ever, maybe the best scorer of his generation, an easy-to-root-for defensive genius, an easy-to-root-for coach, franchise stability, some really amazing jerseys, a fantastic grassroots fan culture. It’s been good. Better than it has been for any other fanbase, so no, no one will cry for Warriors fans amid a 3-13 start and a 48-point loss to the Mavericks.

But let’s not pretend Warriors fans are owed this bucket of cold water after six years of glory. They were owed the glory after so many years of nightmares.

The Warriors will almost assuredly bounce back quickly from this — perhaps when Stephen Curry returns later this season, perhaps next year when Klay Thompson is back, too. This should be a minor setback in the grand scheme, although regaining dominant status will be difficult given the powers rising in Los Angeles and the state of Golden State’s salary cap.

You can joke about bathing in Warriors fan tears — it’s all in fun, right? Just know that in reality, they used up all their tears watching Erick Dampier and Danny Fortson fighting over rebounds and Larry Hughes and Bobby Sura fighting over shots years ago. One season of torment is nothing when you’ve seen a dozen.

The Clippers needed Patrick Beverley and overtime to beat the hella good Celtics in the first game Kawhi Leonard and Paul George played together. But the fact that L.A. has the depth to beat a team that good with Kawhi shooting that poorly is something.

Breaking: Ben Simmons hit a three-pointer in the regular season for the first time in his career. He’s actually shooting 100 percent from three this season! He has a shot at joining the 60/100/60 club if he can start hitting his free throws.

It’s time to keep a running tracker ranking all of the City Edition jerseys for this season. Denver is my early clubhouse leader.

Mike Prada on the anachronistic Spurs’ bad start. Great read. Mike is so good at this. Bruno Passos with a compelling read on the Spurs’ many crossroads, as well.

The brilliant Alex McDaniel on Charles Barkley, threats of violence against women, and consequences over cancel culture. Tremendous nuance and clarity.

How Carmelo Anthony made his comeback, as explained by his trainer. Excellent reporting from Matt Ellentuck.

Hold up: the NCAA is going to let James Wiseman start playing in January … but he has to donate $11,500 to charity? What kind of racket is this?

Ricky O’Donnell writes that Karl-Anthony Towns could always shoot: he just needed a coach to trust him.

Michael Pina writes that T.J. Warren is reclaiming the midrange.

It’s behind The Athletic’s paywall, but this is a heavily compelling case from John Hollinger that the three-point foul is a competitive imbalance run amok and should be abolished.

Ohm Youngmisuk breaks the news that once upon a time Paul George requested a trade to the Spurs to play with Kawhi Leonard. The Spurs and Pacers couldn’t work out a deal. That’s quite a regrettable shortfall for San Antonio.