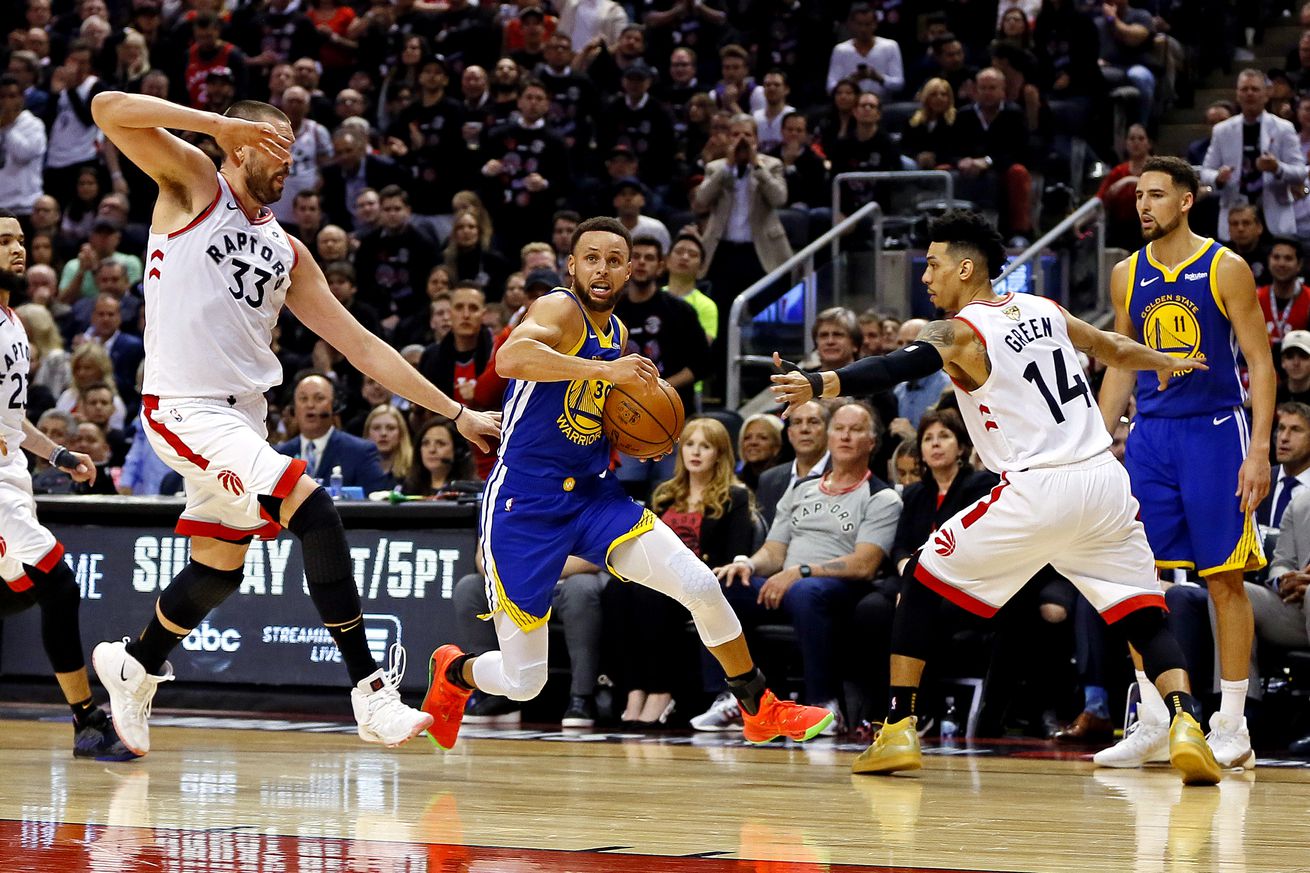 The Golden State Warriors will face the Toronto Raptors as small odds underdogs at sportsbooks on Sunday as they try to even up the NBA Finals at 1-1.

The Golden State Warriors are 11-7 straight up and 10-7-1 against the spread in their last 18 road games against the Toronto Raptors. After losing Game 1 in Toronto, the Warriors will try to bounce back with a win in Game 2 on Sunday night.

Golden State is a 2-point road underdog on the NBA odds in Toronto at sportsbooks monitored by OddsShark.com. The Warriors are 0-3 SU in their last three games as a betting underdog in Toronto.

The Warriors did a lot of things right in Game 1. Steph Curry scored 34 points, Draymond Green recorded a triple-double and the team scored 109 points on the best defensive unit in the 2019 postseason.

But it wasn’t enough to overcome the Raptors, who stayed poised and scored key points every time Golden State started to build some momentum. With Durant ruled out again for Game 2, the Warriors will hope for different results with the same squad on Sunday.

In seven games as a betting underdog since December, Golden State is 5-2 SU and ATS per the OddsShark NBA Database.

While the Warriors were successful in keeping Kawhi Leonard in check with only 23 points in Game 1, they weren’t counting on a red-hot shooting night from Pascal Siakam. Siakam shot 14-for-17 from the floor en route to a team-leading 32 points, leading the Raptors to a 118-109 victory at home.

Toronto has been dominant at home all postseason long and is now 9-1 SU and 8-2 ATS in its last 10 games at Scotiabank Arena.

Sunday night’s total is set at 215 points at sports betting sites. The total has gone OVER in each of the last five games between these two teams in Toronto.

It is important not to over-react to the first game of a series, as we have seen multiple times throughout this postseason. But it doesn’t seem like an overreaction to suggest that this series will not be business as usual and another easy victory for Golden State. Toronto’s tenacious defense and home court advantage should force a long series, especially if Durant’s injury keeps him out for much longer.