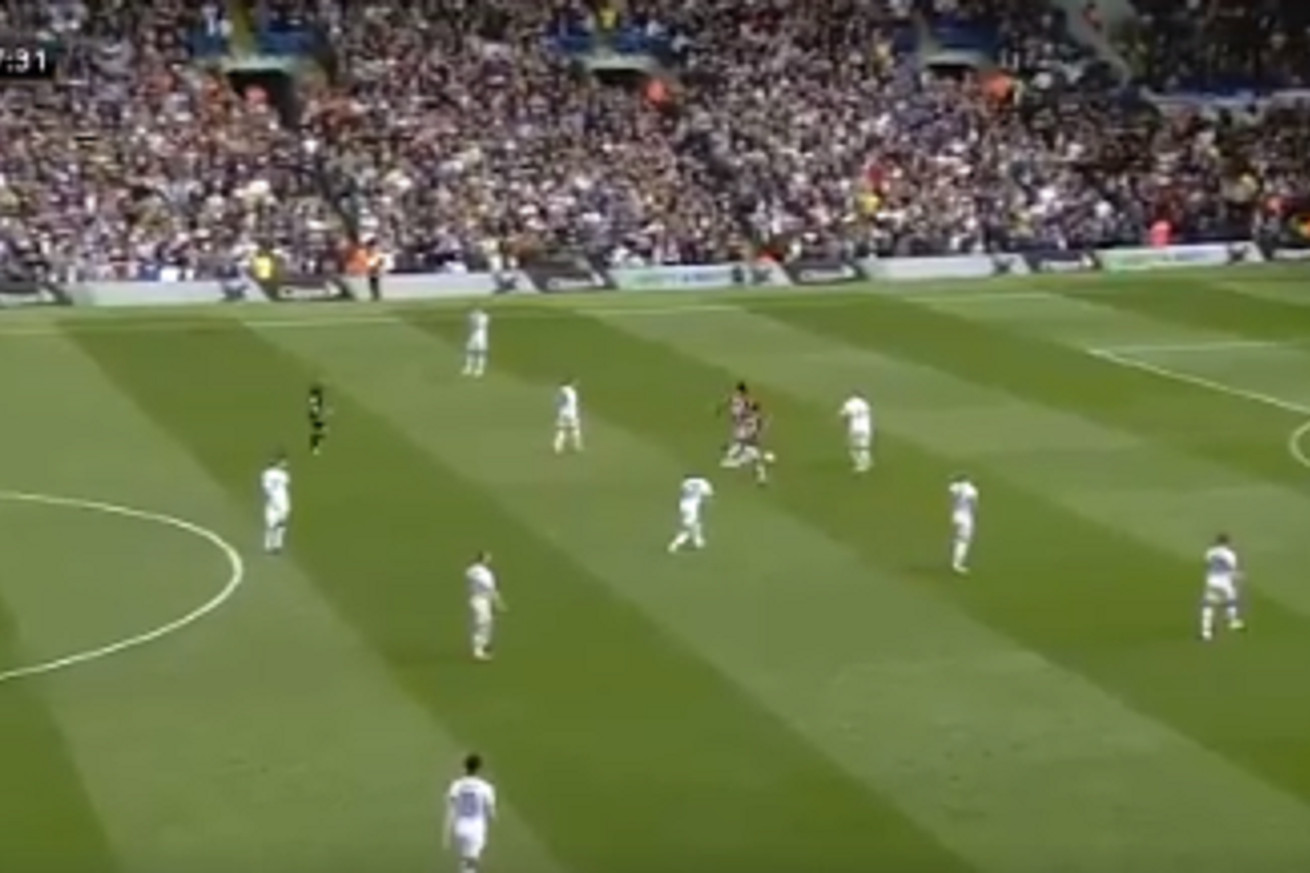 You have NEVER seen anything like this in these circumstances.

A Sunday afternoon game between Leeds United and Aston Villa gave way to a moment that will be discussed for generations. In the 77th minute Leeds manager Marcelo Bielsa instructed his team to stop defending and give up an uncontested goal, eventually leading to a tie.

The most incredible scenes we have EVER seen! You need to see this to believe it

The English Championship match had huge ramifications for both sides. With Leeds in third place a win would have guaranteed promotion, marking Leeds United’s return to the Premier League for the first time since 2004. In front of a raucous crowd, with everything on the line it looked like Leeds had secured a path to promotion following a 72nd minute goal.

However, the goal came in controversial fashion. Villa’s Jonathan Kodjia suffered an injury and was down on the field, and while there was no whistle, Leed’s United elected to keep playing — which flies in the face of expected behavior in soccer. Thinking that Leeds would hold up the social contract, Villa was caught watching as Leeds broke down the flank and scored.

This is why nobody likes Leeds pic.twitter.com/0Lynlxf5oH

Aston Villa were understandably furious, with a brawl breaking out on the pitch, and fingers taking to Twitter to offer thoughts. Many felt that what Leeds did was dirty, others said they were in the right for playing until the whistle — but in the end it was Bielsa who wanted to make right for his team scoring when Villa were down a man, leading to him calling his team to surrender the goal as a make-good.

Leeds United defender Pontus Jansson was so furious at the call from his manager that he became the only player who tried to stop the goal — an act that caught an earful from his teammates who respected their manager’s wishes.

This moment would be wild enough if it happened back in October, but this is April — crunch time of the season, in a game with promotion ramifications. The draw mathematically eliminated Leeds United from qualifying by finishing in the league’s Top 2, and now need some luck in the EFL Championship Playoff where they could be promoted if they win the fixtures.

By the way, in those playoffs … they could be facing Aston Villa again. To make things ever more painful for Leeds United fans: The tie meant that Sheffield United took their spot and secured promotion. Sheffield United is one of Leeds’ biggest rivals.