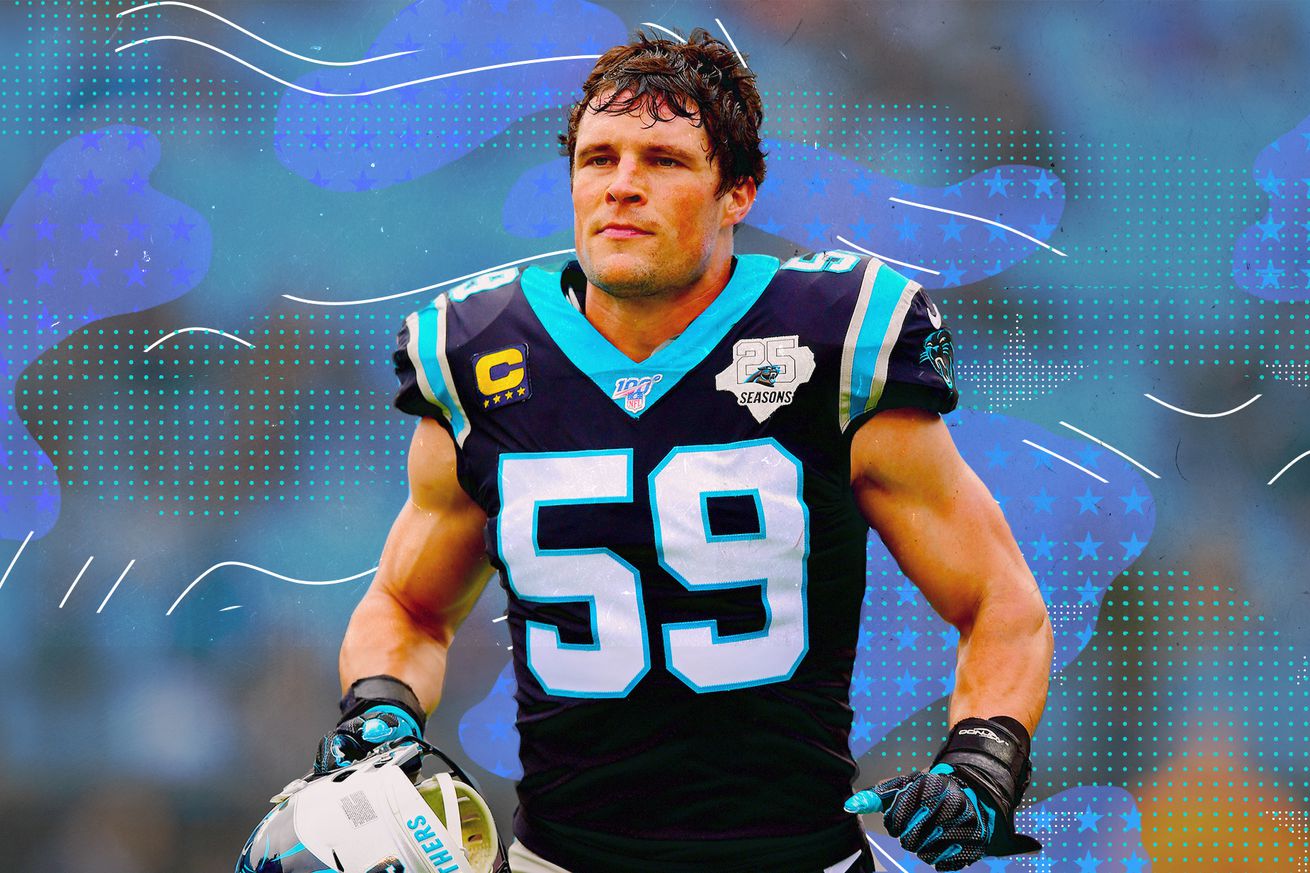 Kuechly was unlike any player I’ve ever seen in the NFL.

Luke Kuechly is a living cheat code. A player whose physical and diagnostic skills were so vast that at times it felt like he broke the NFL, like a game of Madden when you blow up the play before the AI has a chance to react.

Kuechly announced his retirement from the NFL Tuesday night after a prolific eight-year career that included seven Pro Bowl appearances, being named to five All-Pro teams, amassing over 1,000 career tackles — all while being the heart and soul of the Panthers’ defense.

A player who defined the term “intangibles,” Kuechly’s 238-pound frame was questioned ahead of the 2012 Draft. There was an inherent belief from draft experts that, while talented, he didn’t possess the body required to play middle linebacker every down in a league that was increasingly getting bigger at every position. However, what Kuechly lacked in size he more than made up for in football knowledge. “Football IQ” has more or less become a joke cliche at this point, but nobody better typified the concept than Kuechly, a player who had a preternatural understanding of football. His first step was almost always correct, he always knew which way a play was going, and his on-field fundamentals were so sound that a Luke Kuechly missed tackle felt as rare as a kick being returned for a touchdown.

Kuechly’s reliability was so renowned it became a punchline in Charlotte. Any time a Panthers linebacker made a tackle, there was an odds-on chance Bank of America stadium would erupt in a droning “LUUUUUKE” cheer, simply from the expectation that it was Kuechly who made the play, sometimes when he was nowhere near it or even on the sideline. A joke that not only called out inattentive fans, but supported the mythos around Kuechly being ever-present.

He was unflappable. Phenomenal. And somehow managed to perform his role on the field while serving as defensive field general for the Panthers, barking out orders and making sure everyone was in the right place at the right time. It was like having a second defensive coordinator, and simply unlike anything I have seen in the NFL before. The Panthers have a deep legacy of being blessed by astounding linebackers, from Sam Mills, to Dan Morgan, to Jon Beason and finally Kuechly, and when it comes to on-field ability it’s Kuechly who is unmatched among those titans of the game.

The least-divisive player in team history, everyone loved Luke Kuechly — and I mean everyone. It’s impossibly rare to come across a player who is universally, unconditionally loved by fans, and yet nobody spoke an ill word about Kuechly. Not only was he astounding on the field, but incredible off of it — taking part in numerous charity ventures and giving back to the city that he came to call home.

In his retirement video posted Tuesday night, the 28-year-old said, “In my heart, I know it’s the right thing to do,” and as much as it hurts, he’s right. Kuechly has sustained three concussions over the course of his NFL career, and we now understand the long-term ramifications of continuing to play and risk further traumatic brain injury. Much like Andrew Luck’s shocking retirement before the 2019 season, we’re left with another of the league’s most talented stars calling it quits before the age of 30. Kuechly said he wants to remain close to football, though it’s unclear at this time how that will manifest itself. One thing is certain: With his unnatural understanding of football, there is no doubt Kuechly could transition into coaching and make an impact wherever he ends up.

The football ramifications for the Panthers are vast. It’s unclear what the Panthers will do at middle linebacker long-term, but the shoes are impossibly large to fill for whoever winds up with the job. Kuechly’s retirement comes at a time of flux for the team as they transition to leadership under new head coach Matt Rhule. Cam Newton’s future is unclear, Greg Olsen is nearing retirement, and now Kuechly has left the game. Three of the team’s biggest stars could all be gone before the start of the 2020 season, leaving the Panthers flush with cap space, possibility and excitement — but also uncertainty.

For now, the football side of this is immaterial. Panthers fans are celebrating the astounding, fleeting career of one of the best defensive players to ever take the field. Kuechly’s legacy, as well as the possibility of him entering the Hall of Fame, all will be debates for the future. For now, I’m appreciating having had the luxury of watching a phenomenal player and an even better person play the game for my favorite team for eight seasons. Kuechly helped build the Panthers’ defensive culture for almost a decade, and will no doubt excel at whatever he decides to do next. Thank you, Luke Kuechly.